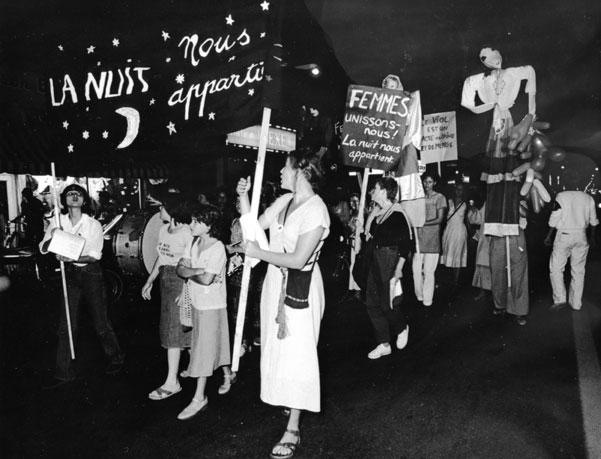 We opinion columnists all have our little foibles. One of mine, I am a bit ashamed to admit, is occasionally rising to the bait when the thestar.com’s Heather Mallick writes a particularly silly column that cries out to be ignored, and instead allowing indignation at her intellectual vapidity to send my hands to the keyboard. Today is one of those days.

Moran’s energy and success brings to Mallick’s mind a “mystifying question,” which is: “Where are Canada’s prominent young feminists, if it has any active, prominent feminists at all?” Mallick is easily mystified is all I can say. Canada’s young feminists are everywhere you care to look. Has Mallick slept through this past week’s 24-7 Naomi Klein-athon in support of her new book on climate change?

Then I read on, and all was illuminated. It seems that for Mallick, you are not really a feminist unless you spend every waking minute working for women’s rights. Being the Naomi Klein kind of feminist, one who gets rich, famous and breathlessly deferred to by the media for denouncing capitalism as the fountain of all environmental and social evils rather than the patriarchy isn’t quite good enough. So “if you want to hear women’s rights being defended, look to Thomas Mulcair and Justin Trudeau, which is wonderful but they’re filling an empty space.”

What does that even mean? What “empty space”? Canadian space is more crammed with feminism than the Antiques Roadshow with heirloom furnishings. Feminists occupy every influential niche in every important institution that affects people’s lives in this country. The women judges on our Supreme Court are feminists. Feminists run our charities. They run our social service systems. They run our educational system. They tell university presidents what to do about the “rape culture” they themselves handily invented to ensure more jobs for themselves combatting it. Women make up the majority of undergrads and postgrads. In cases of contested custody suits, they get sole custody of the kids 90% of the time. Thanks to feminist perspectives on violence entrenched in law enforcement policies, abuse of women is taken seriously, against men not. Feminists make up 90% of the editorial and writing staff of Chatelaine magazine, which outsells all other Canadian magazines put together, and whose content is 100% feminism-inspired (except for the recipes, fashion, dieting and décor articles, which to be honest constitute its main draw for most women).

I too have a mystifying question I would like to see answered: Why is there a columnist left in Canada who rants full time about how awful it is to be a woman in Canada, when it is clearly wonderful to be a woman in Canada? What woman in her right mind would spend all her time on women’s rights in the West, when the battle for rights here is over?

Another more pressing and equally mystifying question to me is: Instead of moaning and groaning over the fact that Thomas Mulcair and Justin Trudeau aren’t women, why don’t feminist spokeswomen in Canada spare a little sympathy for the girls and women who really need their support? Like the 1400 poor girls in Rotherham, England, who were systematically raped and trafficked by a pedophile ring nobody would do anything about because the rapists were Muslims? I searched to see what Heather Mallick had to say about them, and all I could find was a tweet she directed at a column written by somebody else at The Guardian. Why didn’t she write a scathing indictment of that racism-based travesty of justice herself – for Canadians?

But she isn’t the only one who has turned a blind eye to this misogynist evil. Go to the feminist-run site Rabble.ca and search “Rotherham.” Nada. Now search “rape culture” and you will find a plenitude of articles denouncing the faux rape culture on our campuses. When feminists snub girls and women in dire need of their support – almost invariably lower-class – simply because they are the victims of men who happen not to be white and of European descent, now that’s what I call “mystifying.”

I’ve saved Mallick’s dumbest comment for last. The reason Mallick thinks women should all identify as feminists is because, “If you’re a woman living a free and happy life right now… it’s because of the feminist women who came before you.” What she is implying here is that any ideology or belief system that has made a person’s life better than it would have been without the belief system having existed has a claim on that person’s loyalty, active support and public self-identification.

These statements are all true. And yet I know for a fact – one needn’t read more than a few of her spittle-spraying columns to get her drift on these topics – that she abhors imperialism, capitalism and Christianity. I would have included ancient Greece in my list, but what the Greek philosophers gave the world was the gift of logic, a legacy that “came before” Mallick, but seems to have left no impression on her whatsoever.