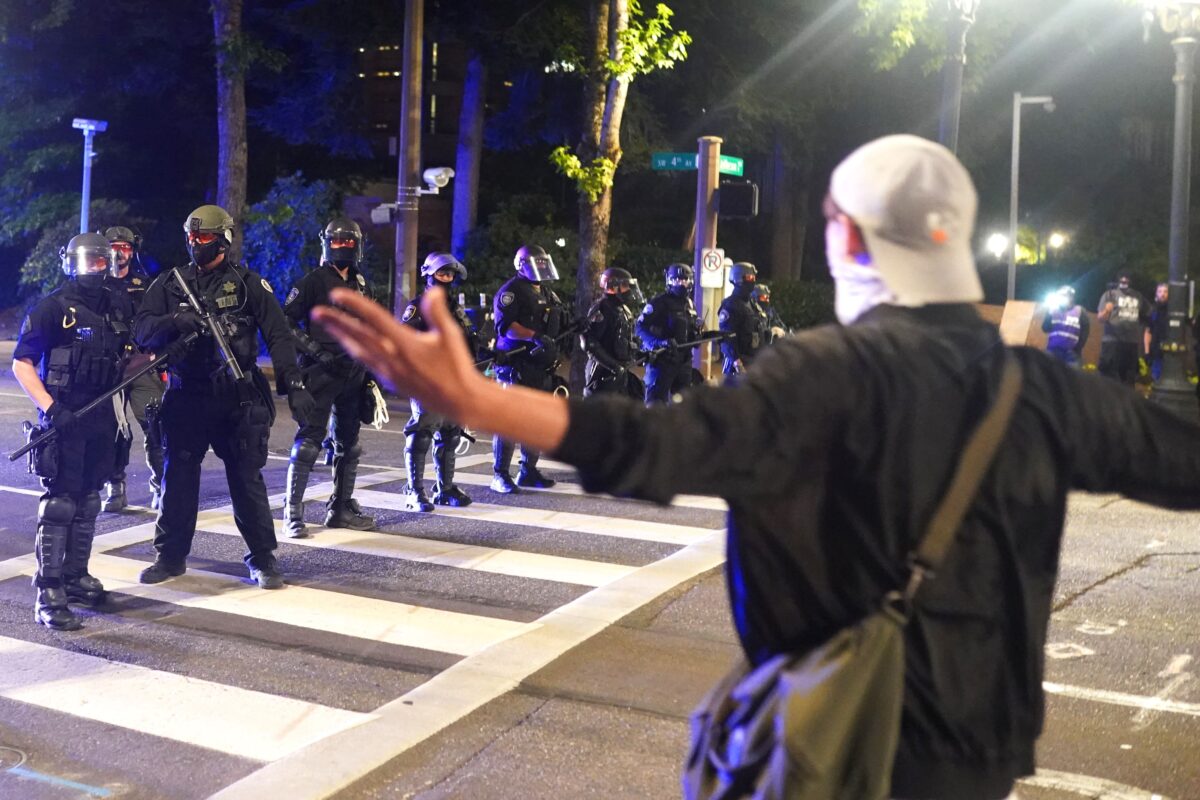 Close Finish in US Election Could Mean Greater Civil Unrest

My progressive friends and I, normally at odds politically, are united in dread of the fallout from a photo finish in the U.S. presidential election.

In 2016, the Democrats and their media allies grudgingly accepted Trump’s official win, but immediately undertook a campaign to unseat him by every means possible. A great swath of Americans believe his presidency is illegitimate in all but the most technical sense. Trump’s own comportment and social-media discourse do nothing to encourage a change of heart.

According to a recent survey, it appears that 28 percent of Biden supporters will not accept a Trump win as fair, while 19 percent of Trump supporters won’t accept a Biden win as fair. The words “civil war” are now deployed even by responsible observers to describe what could happen if the election outcome is not ineluctably clear.

Public safety, it turns out, counts more for ordinary voters than for left-wing ideologues. Noting the favorable response to Trump’s promise to end the chaos, Biden denounced lawlessness—but incorrectly blamed Trump as its cause. So for many Americans his statement rang as opportunistic, little, and late.

The left-wing media have compounded the problem. They seem to be doubling down on their see-no-evil support for the “mostly peaceful protests” that happen to include the burning of buildings (a corpse was found in the charred shell of a Minneapolis pawn shop two months after it was torched), rampant vandalism, mass looting, Molotov cocktails thrown at police, and attacks on innocent bystanders.

Social identitarians often tell the “oppressor” class that “words are violence” if they offend those in the oppressed class, even though such a statement is objectively nonsensical. White people are told that they cannot be bystanders in the anti-racist movement; they must be activists, because “silence is violence,” which is equally meaningless.

And now we are being told that actual violence—when perpetrated by the racialized and their allies—is, to certain anti-racist militants, not really violence at all but more like words: a political statement, so to speak.

The most repellent example of the trend is the recent publication of a book by writer Vicky Osterweil, “In Defence of Looting: A Riotous History of Civil Inaction.” The Black Lives Matter/Antifa destruction of businesses, Osterwiel claims, is a symbol of “social justice” and a blow to “white supremacy.” Not only is it an “experience of pleasure, joy, and freedom” for protesters, it is also a form of “queer birth.” (Osterweil is a trans woman.) “Riots are violent, extreme, and femme as [expletive],” she writes. “They rip, tear, burn, and destroy to give birth to a new world.”

Bad enough this race-baiting, immoral, anti-social, and inflammatory tripe got published. Much worse is the respectful reception it received at NPR, ostensibly America’s most responsible media outlet.

During an NPR interview, Osterweil expanded on her thesis. Looting, she said, “is a powerful tool to bring about real, lasting change to society.” Osterweil does have her standards! She disapproves of home invasions, for example, only giving the nod to “the mass expropriation of property, mass shoplifting during a moment of upheaval or riots.” For those engaged in them, “riots and looting are experienced as sort of joyous and liberatory.” Not so much for the owners of the looted businesses, perhaps. But then, Osterweil also claims it is a “right-wing myth” that small business owners deserve respect because they create jobs and are members of the community.

Oh yes, and she titled one chapter, “All Cops are Bastards.” Was David Dorn a “bastard”? The widow of black 77-year old retired St. Louis police captain David Dorn, killed while responding to a pawn shop alarm activated by looting, would be deeply offended by everything Osterweil stands for. She said, “Violence and destruction are not legitimate forms of protest. They do not safeguard black lives, they only destroy them.”

Mrs. Dorn should have had an NPR platform to make that statement, because Mrs. Dorn represents the vast views of non-politicized blacks. But, fecklessly, NPR preferred the disruptor, the agent provocateur Osterweil. So Mrs. Dorn made the statement where she was welcome: at the Republican National Convention. Her righteous words resonated with millions of Republicans and many undecided voters besides. As New York Times columnist Bret Stephens, an anti-Trump conservative, noted, NPR “was doing its small part to make sure the president would be re-elected.”

But so is every other politician on the left who ignores, plays down, or outright supports BLM-related transgressions doing his or her “small part” to re-elect Trump.  Mayors and governors who made light of the lawlessness for too long played their small part. Health authorities who asked that churches be closed but stayed shtumm on screaming protesters packed cheek to jowl in the streets, maskless, played their small part.

VP nominee Kamala Harris did her small part by soliciting bail money via Twitter for protesters, including those charged with criminal violence. Rep. Alexandria Ocasio-Cortez did her small part by explaining in a town hall, “[The looters] … feel like they either need to shoplift some bread or go hungry.” Nobody believes looters are stealing TVs and liquor and high-end clothing out of hunger, but AOC just couldn’t bring herself to condemn what screamed out for condemnation.

Who else did their small part? A BLM supporter on Twitter, who defended looting because “Maybe you rednecks have never heard of a little thing called…insurance??? It’s just property. It’s just stuff. It can be replaced.” This callous activist doesn’t understand the deeper costs of looting. The anguish of families watching years of personal sweat equity wiped out. The fact that  insurance rarely covers the full replacement cost of a business. Or that looting destroys jobs and brands the neighborhood as unsafe. Damage to one small business is damage to all. Usually it is a black community that suffers most from lawlessness.

Aristotle’s dictum, the whole is greater than the sum of its [small] parts, hoves into view. If Biden does not win handily, with all that a contestable election may entail in civil unrest, all of these “small part” contributors own that failure. They won’t admit that, of course. As is their wont, they will pivot to “the vast right-wing conspiracy” school of leftist victimology as an “alternate fact” to the truth of their own self-blinkered and reckless stupidity.

Barbara Kay was a weekly columnist for the National Post from 2003-2020. Publications she currently writes for include thepostmillennial.com, Canadian Jewish News, Quillette, and The Dorchester Review. She is the author of three books.