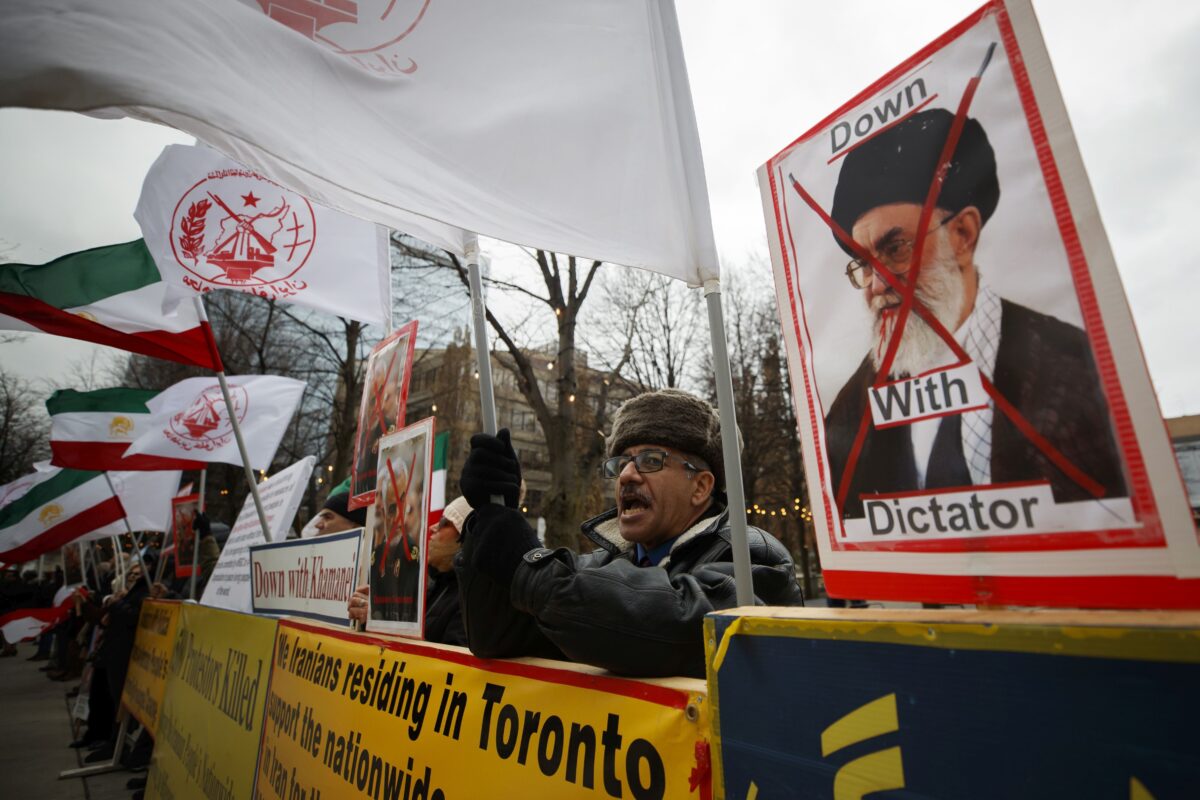 Confronting Iran: US is Taking the Right Approach

In March 2004, an Israeli missile strike killed Islamist zealot Sheik Ahmed Yassin, founder of Hamas, which has been classified as a terrorist movement in Canada since 2002 and in many other countries, including some Arab nations.

Suicide bombing his specialty, Yassin’s hands were continually sticky with Jewish blood. Response to his death from his followers was fierce. Hamas declared that then-Israeli Prime Minister Ariel Sharon had “opened the gates of hell and nothing will stop us from cutting off his head.” The al-Aqsa Martyrs Brigade, militants linked to Yasser Arafat’s Fatah movement, ranted, “War, war, war on the sons of Zion. An eye for an eye. There will be a response within hours, God willing.”

The Israeli government admitted that there might be more violence in the short run, but “in the long run there is no doubt whatsoever we have improved the possibility of more security by weakening an extremely dangerous and murderous terrorist organization.” So it proved. The strike on Yassin was pivotal to the fizzling out of the Second Intifada. Suicide bombing as a strategy virtually disappeared from the Palestinian playbook.

Today Israel’s relations with the West Bank are fairly quiet, and while Hamas has provoked several futile wars with Israel in the interim, the people suffering most from their regime’s rancid Judeophobia and obsession with Israel’s extermination are the residents of Gaza, a hellhole that could have been the Costa del Sol of the Middle East under rational leadership.

There’s a lesson here for progressives who tremble at the assumed fury of Iran scorned. Qasem Soleimani’s recent departure from the scene has been a pivotal moment, to be sure, but so far it has been the regime that has been backfooted—first by its own gross incompetence followed by publicly exposed mendacity in the matter of the Ukrainian airplane tragedy, most of whose victims were Canadian-Iranians and Iranians, and then by the rising chorus of contempt directed against it by courageous Iranian protesters. Chastened externally and internally, Iran’s 40-year adventure in Islamist triumphalism may be on the cusp of implosion.

Up until U.S. President Donald Trump took the decision to eliminate the IRGG’s Quds Force commander, Israel was also the only player in the region willing to take aggressive action against Iran’s proxies. (Given the regime’s seething hatred for Israel, it’s sometimes hard to remember that Israel and Iran once maintained cordial relations up until the 1979 Iranian Revolution. Israel even supported Iran in its long 1980s war against Iraq.)

In 2007, Israel took out “The Cube” in Syria before it became an active nuclear reactor, a daring action Israel only admitted to a decade later. In Feb 2018, Iran sent an armed drone from Syria into Israel, which was intercepted by helicopter gunships. Israel followed up with an attack on the launch site of the drone at a Syrian air base.

Then in November 2019, emboldened by their consequence-free strike on a Saudi oil installation, the Iranians fired four rockets from Syria toward the Golan Heights. They were intercepted by the Iron Dome. Israel retaliated with a strike at Iranian forces near Damascus, killing 21. Between the two events, many other incidents occurred in Syria, Lebanon, and Iraq targeting Iranian assets, which, for example, prevented the transferal of equipment to Hezbollah that could have upgraded its missiles to precision-guidance status.

Less than a month ago, Israeli Chief of Staff Lt-Gen Aviv Kochavi expressed regret that Israel was the only actor taking offensive action against Iran, especially considering that “Iran has changed its policies over the last year, and has become much more active and aggressive.” The failure to respond—“no response, no counter action, no retaliation, no deterrence”—encouraged Iran and increased the possibility of confrontation between Israel and Iran, he said.

Is that confrontation more or less likely now that America has stepped up to the plate? On one hand, Iran is bound to feel it cannot afford to be exposed as weak. On the other, given Israel’s history of non-appeasement and direct response, attacking Israel in order to punish the United States could backfire spectacularly at a time when the world’s eyes are directly upon the regime, and they know it. The Saudis did not respond to the attack on their oil installations because they have limited capabilities. But Israel’s capabilities are the most advanced in the region, and the humiliation they might inflict too shaming, too high a price for the mullahs to pay.

If you wonder why Trump is so popular in Israel, and of course even more so since the strike on Soleimani, it is because he “gets it” about Iran. In his Jan. 8 speech, Trump referred to Iran’s rulers as a “regime,” not a government; he said Soleimani’s hands “were drenched in both American and Iranian blood” and said Soleimani “should have been terminated long ago.”

Trump understands what would likely happen if Iran achieved nuclear capability. He knows Israel would be their first target, because he understands that Iran sees Israel as a proxy for America. They cannot dream of destroying “Big Satan,” but “Little Satan” is a handy substitute. The regime knows Israel will never use their nuclear weapons offensively. But they themselves have no such scruples. Iran’s hysterically anti-Israel leaders have been publicly vowing to destroy Israel for decades. While progressives like Obama shrugged off their threats as mere rhetoric, Israelis and Trump understood them for the existential danger they represent.

Trump’s critics grumble about how he is getting America into another Islamic-state “quagmire.” But quagmires—and past is not necessarily prologue in this case—are preferable to holocausts.

Trump doesn’t side with the Jewish state because he is “hypnotized” by Israel, as Congresswoman Ilhan Omar once suggested. He sides with Israel because Israel is the West’s democratic proxy in the Middle East, the keeper of freedom’s flame, and the greatest force for stability in a volatile region. Egypt, Jordan, Saudi Arabia, and other Arab countries like the United Arab Emirates and Bahrain think so too and are discreetly allied with Israel against Iran. (The Palestinians, famous for “never missing an opportunity to miss an opportunity,” burned American flags to express rage over Soleimani’s death, while many Iranian-Canadians danced in the streets in celebration.)

If American troops pull out of the Middle East, it will be Israel alone against an Iran whose nuclear program is back on track. Trump and Israel are united in their determination to prevent Iran acquiring the ultimate weapon. It may be that the regime falls and is replaced by a leadership that sees the folly of the nuclear pursuit. But given the regime’s history of ruthlessness, we cannot afford to bet on that outcome.