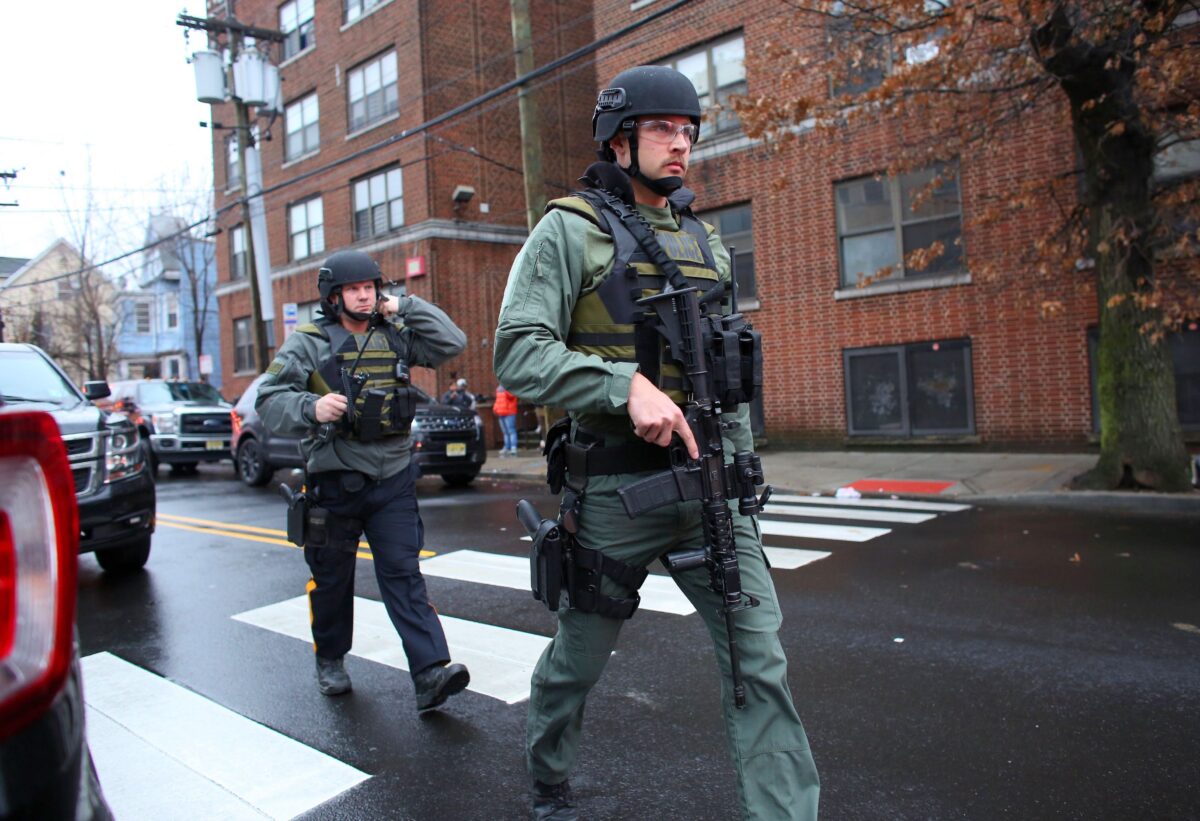 Do We Now Have Social Classes of Hate Killers?

On Dec 10, religious fanatics Francine Graham and David Anderson went on a bloody rampage in Jersey City, New Jersey. It began in a cemetery where they opened fire on Detective Joseph Seals, a father of five who had been investigating the murder of an Uber driver the day before, to which Graham’s and Anderson’s stolen U-Haul had been linked.

When Seals approached them, they shot him dead, then calmly drove to the nearby JC Kosher Supermarket. There they began shooting with long assault rifles, with surveillance footage indicating a small yeshiva next door with about 50 children inside as the first target. The racket attracted two police officers in the neighbourhood to the scene, and Graham and Anderson barricaded themselves in the store. A two-hour gun battle with police and SWAT teams ensued. Breaching the door with an armoured car, the police found the killers dead along with three of their innocent victims.

Inside the U-Haul police found a pipe bomb and a short, rambling manifesto. Both killers identified as members of the Black Hebrew Israelites, a 100-year-old movement the Southern Poverty Law Center has designated as hateful.

Hebrew Israelites believe they are the descendants of the biblical Hebrews. They see the Africans enslaved in the Americas as Israelites severed from their heritage. In their eyes, Jews are imposters, so their hatred for Jews is justified. Anderson kept a YouTube playlist of anti-Semitic material. In one video, a Black Hebrew Israelite preacher shouts “Satan is in you” at a Jewish man. “You stole our history. You are pretending to be us. The messiah, who is a black man, is going to kill you.”

Yet strangely, reaction to the crime from politicians and celebrities on the left ignored this elephant in the room. Indeed, “ignored” is a euphemism for the response of congresswoman Rashida Tlaib, who tweeted, “White Supremacy kills!” (deleted after well-deserved mockery erupted). ABC talk show host Joy Behar blamed “white nationalists” and President Trump, America’s “liar-in-chief,” for the massacre without bothering to wait for confirming news on the killers’ identities. She too was subjected to derisory scolding.

It is instructive, although deeply troubling, that these two highly public figures were so robotically inclined to blame a hate crime on whites that they didn’t even wait to learn the facts before bruiting an allegation that might—and did—turn out to be false.

But most startlingly, New York Senator Cory Booker issued a statement to his constituents on the massacre, without a word about the victims being targeted as Jews, or anti-Semitism as the motive. Was it because the perpetrators were black that Booker referred to the victims only as neighbourhood “residents” and their deaths as “tragedies?” It is certainly fair to ask, because if the perpetrators had been neo-Nazis and the victims black, Booker would have been keen to tell it like it was: a hate crime—even an act of terrorism—by vicious white supremacist racists, and moreover proof that racism continues to run rampant in America.

Some commentators were quick to see a parallel between this glaring omission and former president Barack Obama’s remarks following the January 2015 Charlie Hebdo journalists’ massacre in Paris, referring to the jihadi terrorists who went on to murder Jews in a kosher supermarket as “zealots who behead people or randomly shoot a bunch of folks in a deli in Paris.” “Zealots,” not Islamists? “Randomly” in a kosher supermarket? “Folks,” not Jews? His words demonstrated an instinct for deference to Muslims at the expense of truth about a recognizable hate pattern.

These reflexive impulses in the corridors of power to “disappear” black and Islamist Judeophobia are an insult to the intelligence of ordinary citizens, but a balm to the progressive mindset, which cannot comfortably process news of victimizing behaviour in designated victim groups.

The left’s collusion in the pretence that ethnic identity is a sidebar when hate crimes are committed by blacks cannot be indefinitely sustained.  The Jersey City incident is not an anomaly, but part of a disturbing trend. In a July article in Tablet Magazine titled “Everybody Knows,” Armin Rosen chronicles a “typhoon of violence” against religious Jews in New York boroughs by blacks and Hispanics.

So, much as progressives might wish it to be so, white nationalism is not the story here. Yet rather than face the music, Tlaib, Behar, Booker and others on the left have on one occasion or another effectively chosen to provide cover for black anti-Semitism, something nobody on the right of the political spectrum would ever dream of doing for actual white supremacists.

For example, when a white anti-Semite, Robert Gregory Bowers, massacred 11 members of Pittsburgh’s Tree of Life synagogue in October 2018 and injured four police officers, the progressive media eagerly covered the incident, “likely the deadliest attack on the Jewish community in the history of the United States,” in lavish detail, dwelling on Bowers’ hatred of Jews. But so did the right-wing Fox News.

On the other hand, consider the brouhaha over the January 2019 “Covington” affair. In an out-of-context video clip, a student from Covington Catholic High School in Kentucky, in Washington with his peers for its annual March for Life, seemed to be baiting a chanting, drum-beating native American protester. The entire left-wing mainstream media, meaning virtually all media apart from a handful of exceptions like The Epoch Times and Fox News, which waited until the facts were in, immediately came after the student for his presumed racism with the fervour of a torches-and-pitchforks medieval mob.

Only later, when the full video was released, was it made clear that the native activist was the aggressor. It also showed that the real bigots at the scene were Black Hebrew Israelites. They were captured on the full video insulting Native Americans as “savages” and hurling disgusting anti-Catholic, homophobic insults at the Covington boys such as “faggots,” “crackers” and “pedophiles”—vile bait the boys maturely refused to take.

Yet even after the contextualized material vindicated the boys, many of their most virulent media accusers refused to apologize. Don Lemon of CNN even argued that the MAGA hats the boys were wearing carries a connotation that can provoke a “conditioned reaction,” especially from “marginalized people.”

Todd Byrd, who teaches race and culture at UCLA, says many black people consider the Israelites “a harmless part of their communities.” Tom Metzger, founder of the neo-Nazi organization White Aryan Resistance, calls them “the black counterparts of us.” Between them, which one is infantilizing black supremacists, and which is granting them moral agency?