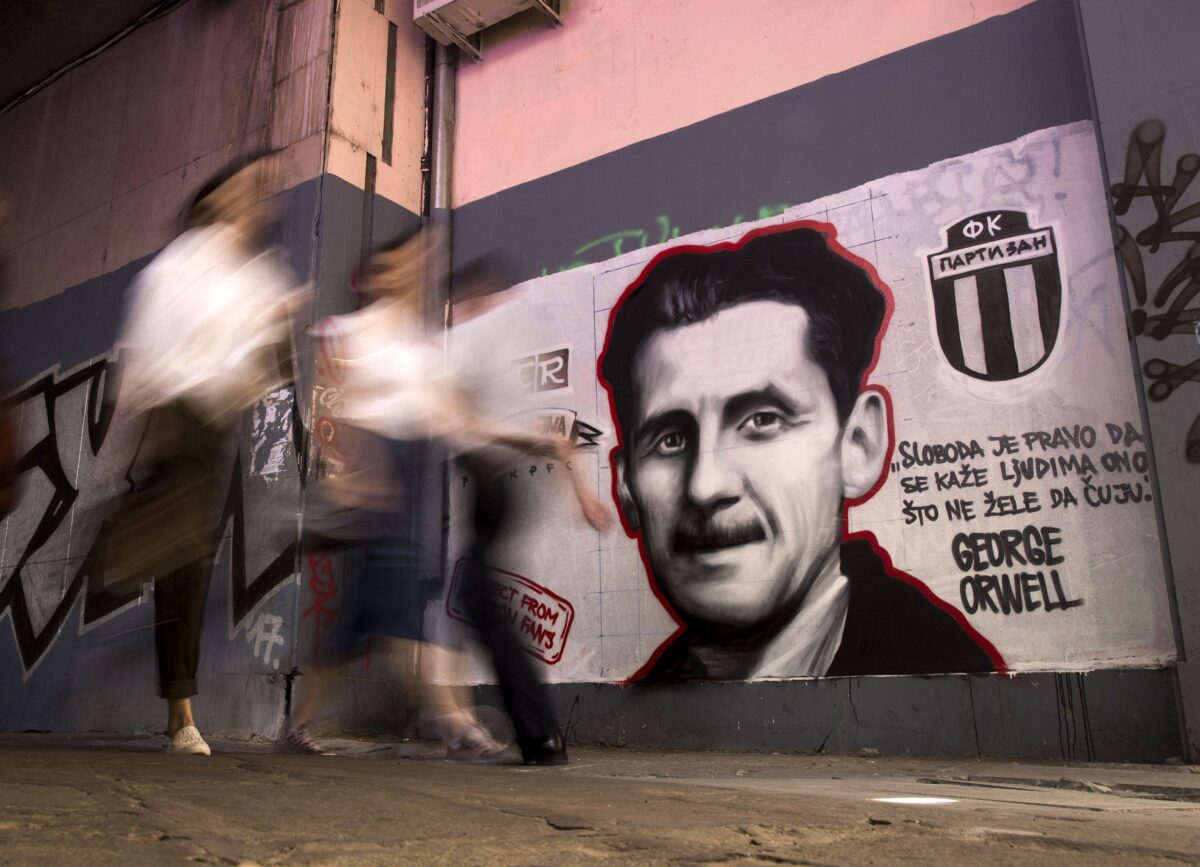 The Greater Essex County District School Board in the Windsor, Ont., area is supplanting its grade 11 literature curriculum, which up to now has featured great writers of the western canon such as Shakespeare and George Orwell, with a year-long program of Indigenous writers. The change has already been effected in eight of the district’s 15 schools.

In the Peel district as well, I am informed by a reader, the same transformation is in progress. It would be naïve to assume that these schools will remain anomalies for long. The “disappearing” of dead white European male writers, however magnificent their achievements, may well be normalized across Canada before long.

It is hard to overstate the alarming implications of this educational earthquake. Deliberately withholding Shakespeare from young minds is a form of aesthetic starvation, but depriving them of Orwell is a moral crime. It is from Orwell’s “Animal Farm” that young minds first grasp the nature of totalitarian evil, whether it arises from the left or the right, and understand the preciousness of their freedoms.

Evil arising from the right today, such as the neo-Nazi movement, is instantly recognizable and universally deplored. But the collapse of the Soviet Union did not shame left-wing intellectuals into embarrassment for their ideology. The utopian dream of human perfectability and equality of outcome under an all-powerful state persists and grows in the West. Today, on the 70th anniversary of its 1949 publication, Orwell’s novel “1984,” which exposes the inherent perils of Marxist ideology, is as worthy of study as it was at the height of the Cold War.

Famous Soviet dissident Nathan Sharansky distinguished between “free” societies and “fear” societies. In a free society, even though they may be ridiculed by individuals or non-state groups, opinions that contradict widely held beliefs will not be suppressed, nor will those holding the opinions be subjected to material consequences. In a fear society, the state punishes those holding opinions that run counter to state ideology.

The universities, which function as mini-states, are ground zero for the conditions that stifle free inquiry and exchange of ideas. Their mission should be the search for truth through the clash of ideas, but they have instead become recruitment and training centres for the advancement of progressive ideologies. One has only to google “cancel culture” or “call-out culture” to see, from a cornucopia of examples, that most large campuses are fear societies, in which dissidence is systematically suppressed. As their most inspired student acolytes make their way through the ranks to leadership of our nation’s most influential educational, legal, media, and social institutions, they perpetuate the dogmas and cultural ecology of their ivory-tower training.

The late psychology professor John J. Furedy coined the term “velvet totalitarianism” to describe the deleterious state of affairs regarding academic freedom in Canadian universities, which began in the 1980s, and which has metastasized in the 2000s. Universities went from truth-seeking institutions, he observed, to institutions in which the comfort of official victim groups is the litmus test for permitted speech and thought.

First is the “presence of uninterpretable laws.” Microaggressions—tone of voice, a neutral question that gives offence, or having “privilege” or “implicit bias”—may be adjudged as racism or homophobia or misogyny on the basis of an accuser’s discomfort. Speech codes are deemed necessary to protect those of a victim class from vague harms that are not objectively definable.

The second feature is “the presence and power of unqualified pseudo experts.” Equity officers give advice and orders about matters they have no authority or expertise in, such as the nature of curricula or what criteria should govern faculty hiring. These equity “commissars” may not even have a graduate degree, but are well-versed in the thought crimes they have been hired to police.

Third is “status-defined ethics.” Heterosexual white males have replaced the “crypto capitalists” of Soviet times, but the essence—judgment on the basis of one’s officially compassion-worthy or hate-worthy group—is the same.

Fourth is the “freezing fear of engaging in public discussion of controversial but fundamental issues,” leading to the fifth component, the “demonization of dissidents.” Questions of, for example, gender cry out for discussion because demonstrably false gender dogmas have a profound, even existential impact on children, women athletes, and parental rights.

Most of us agree with Jordan Peterson that the compulsion to assent to opinions we hold ridiculous is a form of totalitarianism. But only the most intrepid of citizens dare to dissent from the incoherence of the hegemonic definitions in play presently. Orwell’s “two minute hate,” conceived as satire, has achieved eerie verisimilitude on Twitter. Velvet totalitarianism replaces bullets to the back of the head with bullets to career and reputation.

Orwell wrote, “[T]otalitarian ideas have taken root in the minds of intellectuals everywhere, and I have tried to draw these ideas out to their logical consequences.” Five years ago, there were China-style “free speech walls” on Canadian campuses, pathetically tiny spaces for anonymous dissent from the monolithic doctrines governing the rest of the campus, and a sign in themselves of a fear society.

Even those seem to have disappeared.