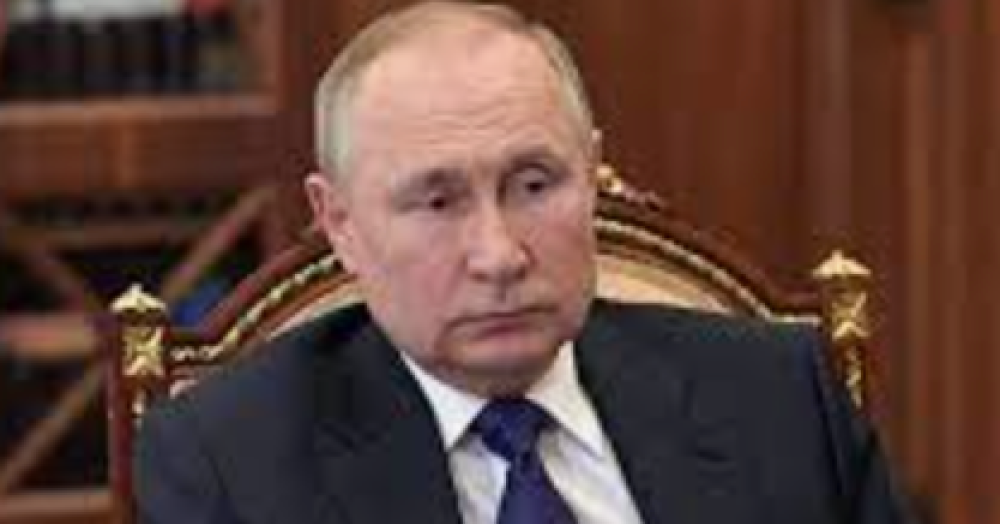 Freezing Order reads like a fictional spy thriller, but it’s all true

“His battle with Browder wasn’t about anything so abstract as returning Russia to its former glory. This was about something far closer to Putin’s heart: his wealth.”

On Oct 4, 2017, Parliament’s House of Commons voted 277-0 to pass the Canadian version of the Global Magnitsky Act.

This historic human rights act, first passed in the U.S. in 2012, allows governments to impose visa bans and targeted sanctions on individuals, anywhere in the world, who are responsible for committing human rights violations or acts of significant corruption. It has oligarchs everywhere gnashing their teeth, including the world’s greatest kleptocrat, Vladimir Putin.

The act is named for Sergei Magnitsky, an honest Russian lawyer who, upon refusing to abort his investigation into an elaborate financial fraud orchestrated by the Kremlin to bilk his Moscow-based American client out of $230 million, or assent to fabricated counter-charges of fraud against his client, was imprisoned, tortured and ultimately, aged 37, beaten to death by state actors in 2009. Before his arrest, Magnitsky alleged interior ministry officials had stolen his client’s corporate records and other documents, and then through a labyrinth of deceit, used them to fraudulently claim a $230 million tax refund.

Vladimir Putin has a habit of bumping off gadflies with integrity, and is also used to getting away with it by threats of a similar fate to anyone who dares to attempt to call him to account. He made the biggest mistake of his life in assuming Magnitsky’s client, Bill Browder, CEO of the hedge fund Hermitage Capital, would accept his lawyer’s ugly fate in silence.

On the contrary, from that day to this riding a roller coaster of harrowing adventures — death threats, arrests, attempted kidnappings, a clumsy “Keystone Kop” honey trap  — forged in Putin’s wrath, Browder has never shut up about the crime. After Magnitsky died, Browder “put aside everything else in my life” to ensure Sergei’s death was not completely in vain. The resulting homage to this noble man was the Magnitsky Act, versions of which are operative in 34 countries.

Browder told the first part of the story in his gripping 2015 bestseller, Red Notice: A True Story of High Finance.  In 1990, the Berlin Wall having just fallen, Browder was on assignment for a consulting firm in Poland where the government had begun privatizing state-owned companies and selling shares at absurdly low valuations. Browder saw a golden opportunity, and seized it with enthusiasm. He rode that wave to enormous financial success in Eastern Europe, along the way rubbing shoulders with predatory oligarchs in an environment of escalating corruption. Any prudent businessman would have scooped up his winnings and returned to America, as other disillusioned investors were doing.

Not Browder, who harbours a stubborn contrarian streak, doubtless inherited from his once-famous grandfather, Earl Browder, secretary-general of the U.S. Communist Party from 1930-44. He grew determined to purge Russian capitalism of its rotten elements. In 2005, the Kremlin expelled him from Russia. So there was nothing Browder could do to help Magnitsky. Red Notice ended with the murder of Russian opposition leader Boris Nemtsov, who had been a courageous ally of Browder in his crusade to persuade the American government to impose sanctions against the Russian officials responsible for Magnitsky’s death.

In its shift from focus on a life in finance to his new role as full-time political advocate, Browder’s sequel, Freezing Order: A true story of money laundering, murder, and surviving Vladimir Putin’s wrath is, if possible, even more riveting than its predecessor. It couldn’t be more timely. In 2015, we all knew about Putin’s imperial ambitions, but it is only now we can see the monstrous, remorseless brutality of Putin in full power-lustful bloom.

The war in Ukraine is Putin sheathed in ice. Murderous, yes, but coldly and indifferently. None of the massacres is personal.

There are two Putins: Putin on fire, and Putin on ice.

Putin’s war against Bill Browder, which — spoiler alert — he lost when the Magnitsky Act passed, (though he is likely set on revenge, so Browder isn’t out of the woods and may never be) is Putin on fire.

Because this — this — is oh, so personal. This battle with Browder wasn’t about anything so abstract as returning Russia to its former glory. This was about something far closer to Putin’s heart: his wealth. The important thing to know about Putin for this story is that his greed for money is fathomless. He is already one of the world’s wealthiest men, reportedly worth over $200 billion. Any threat to the pipeline that brings in more every hour drives his fury to fever pitch. The success of the Magnitsky Act would put a serious crimp in that pipeline.

The cat-and-mouse game between the two arch-rivals in the race to get the act passed, all racily detailed in the book, make it unputdownable.

Putin on ice is calculating. Putin on fire was irrational and over-reaching. Stupid backfires occur. When Browder is arrested in Spain — more like kidnapped — his Russian captors forget to take away his phone, so he has time to post his predicament on Twitter. The ensuing brouhaha is so embarrassing to the Russians, Browder is released. This kind of good luck has a habit of attaching itself to Browder every time the chips seem too far down to recover.

If it were the fictional spy thriller it resembles, you’d say it was improbable, but it’s all true. Allies to the left and right of Browder are poisoned, fall off tall buildings or shot. Yet Browder flits between London, Madrid, Helsinki, New York, Geneva, Aspen and Washington, always a tiny step ahead of his enemies, polonium-free.

The mind begins to reel at the dollar numbers being bandied around. Browder flatly states he is convinced there’s a trillion dollars of criminally tainted money in need of laundering for Putin and his minions. Even more mind-boggling, at least for me, is the professional duplicity and complicity in Russian turpitude Browder encountered at Baker Hostetler, one of America’s most prestigious law firms, as well as amongst certain Republican politicians. Diehard Trump supporters may have to grit their teeth in the final chapters of this book, but if they want to know just how deep the rot goes in Russia, they should.

The miracle is that there are any honest men left in Russia with the courage to resist the iron crowbar of Putin’s will, and that somehow Bill Browder not only found them, but earned their absolute loyalty. Without them — not to mention the incredible stalwartness of these heroic men’s families, including his own wife and children — Browder could not have pulled off this incredible-but-true caper.