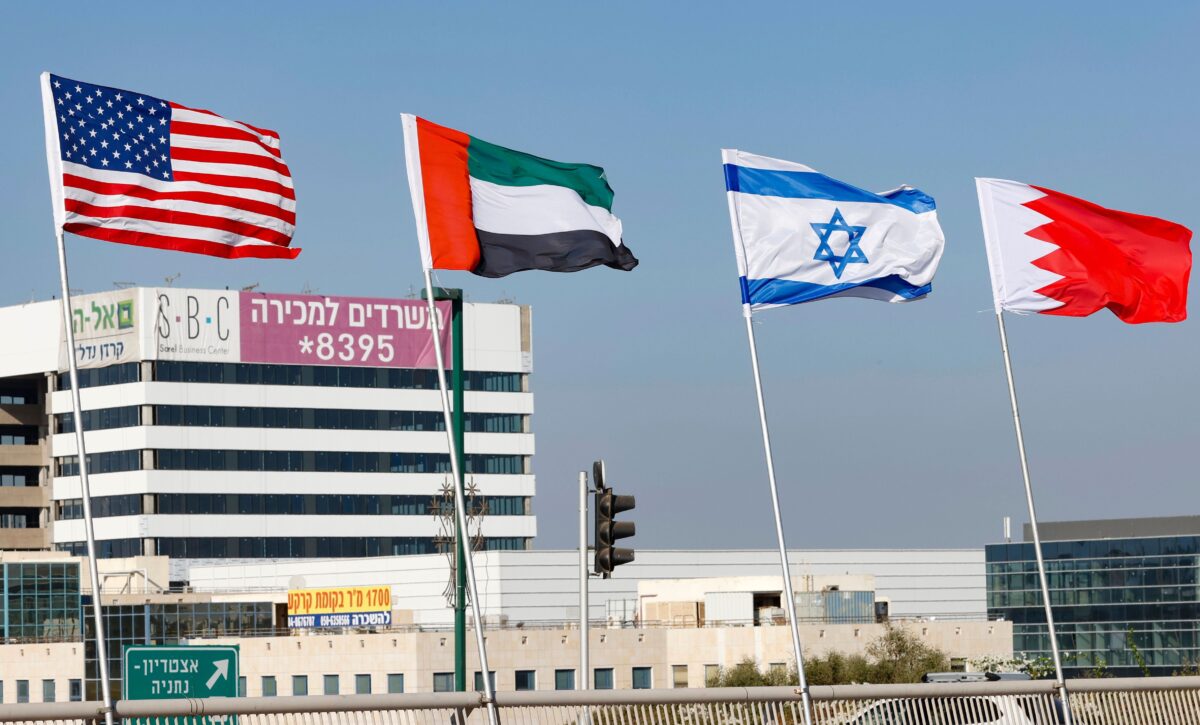 How the ‘Peace Industry’ Got It Wrong on the Middle East

In 2017, when U.S. President Donald Trump fulfilled a long-standing promise to recognize Jerusalem as the eternal capital of Israel and move the American embassy to Jerusalem, the news was received with horror on the left. Politicians and pundits warned that the Arab “street” would rise in violent protest. As it happened, most Palestinians didn’t care where the American embassy situates itself; the move took place without incident.

The left holds fixed views about the Middle East. They are convinced there can never be peace in the region until the Palestinians achieve their promise of statehood, among other claims. In 2016, when the idea of a separate peace between Israel and its other Arab neighbours was mooted, then-Secretary of State John Kerry emphatically declared to the Brooking Institute: “There will be no separate peace between Israel and the Arab world.” Until Palestinians were satisfied, it was “no, no, no, and no,” he said. And when Trump recognized Jerusalem as the Israeli capital, Kerry predicted “an absolute explosion in the region.”

Is he embarrassed today? He should be. Who ever thought to hear an Arab foreign minister, in this case Khalid bin Ahmed Al Khalifa of Bahrain, saying: “Israel is a part of this heritage of this whole region historically, so the Jewish people have a place amongst us.” Note the word “people,” not “state,” a deliberate repudiation of the anti-Semitism that has coloured Arab rejectionism of Israel up to now.

The Abraham Accords, normalizing relations without preconditions between Israel and the Gulf states of United Arab Emirates and Bahrain, with many other states lining up to follow suit, were a slap in the face to the “peace industry,” a community of hard-left academics, NGO operatives, media allies, and institutes like the Canadian Institute for Conflict Resolution, all imbued with Kerry’s mindset.

If these alleged peace experts were actually invested in resolving conflicts with neutrality, they would be deserving of respect. But when you look closely at the sprawling domain of “peace studies” in academia—ground zero for the industry—you find a far from disinterested agenda.

Peace studies began in an idealistic spirit as a response to the threat of nuclear Armageddon during the Cold War. They experienced a growth spurt following the harrowing 1962 Cuban Missile Crisis. Anguish over Vietnam prompted donations from foundations such as the (ominously titled) Institute for World Order (in its grant-giving phase), conferring academic security and political respectability on the burgeoning movement.

But as in so many other “studies” programs—gender, whiteness, indigenous—ideology rules, and the “scholarship” is rhetorical window dressing for the core message of Western self-loathing. Students pore over examples of western “imperialism,” but about, say, communism or triumphalist political Islam, not so much. Peace studies does not approve of “just wars” or even wars of self-defence—that is, if the country defending itself is Israel or the United States. It isn’t violence they condemn, just violence perpetrated by the powerful. Violence as a strategy employed by the “disempowered” is permissible.

In 2009 the “father of modern peace research,” Norwegian academic Johann Galtung, predicted the fall of the American empire in 2020. In the present moment of high tension roiling the United States, many people likely believe he is spot on, although I think it would be a mistake to conflate internal political division coupled with current distaste for wars on foreign soil with the erosion of America’s power in the world.

Galtung affects objectivity, but based on his previous writings and statements, it is more likely his prediction was based on hope than evidence. For Galtung has said he despises the “structural fascism” of wealthy Christian democracies. He admires tyrannies like Cuba under Fidel Castro. In 1974 he mocked the West’s reverence for “persecuted elite personages” like Alexander Solzhenitsyn and Andrei Sakharov. Galtung has compared the United States to Nazi Germany for bombing Kosovo, reserving his highest praise for the works of China’s Chairman Mao and his “endlessly liberating” successes.

In the 1980s, and again in the 1990s, human rights activist Caroline Cox and philosopher Roger Scruton analyzed peace studies curricula. They found them intellectually incoherent: bereft of information about the USSR, even at the height of the Cold War, and riddled with bias. Their graduates went on to staff left-wing NGOs and to enthusiastically support the 2001 World Conference Against Racism in Durban, a disgraceful event almost entirely consumed by shockingly naked hatred for Israel.

As witty cultural observer Clay Shirky so rightly perceived, “Institutions will seek to preserve the problem for which they are the solution.” When the Palestinians finally decide it is in their interest to make the necessary concessions in order to normalize relations with Israel—that won’t happen until the present leaders are gone, but it could happen very soon after that—it won’t be because of the peace industry, but in spite of it.

Barbara Kay has been a weekly columnist for the National Post since 2003. Publications she currently writes for include thepostmillennial.com, Canadian Jewish News, Quillette, and The Dorchester Review. She is the author of three books.