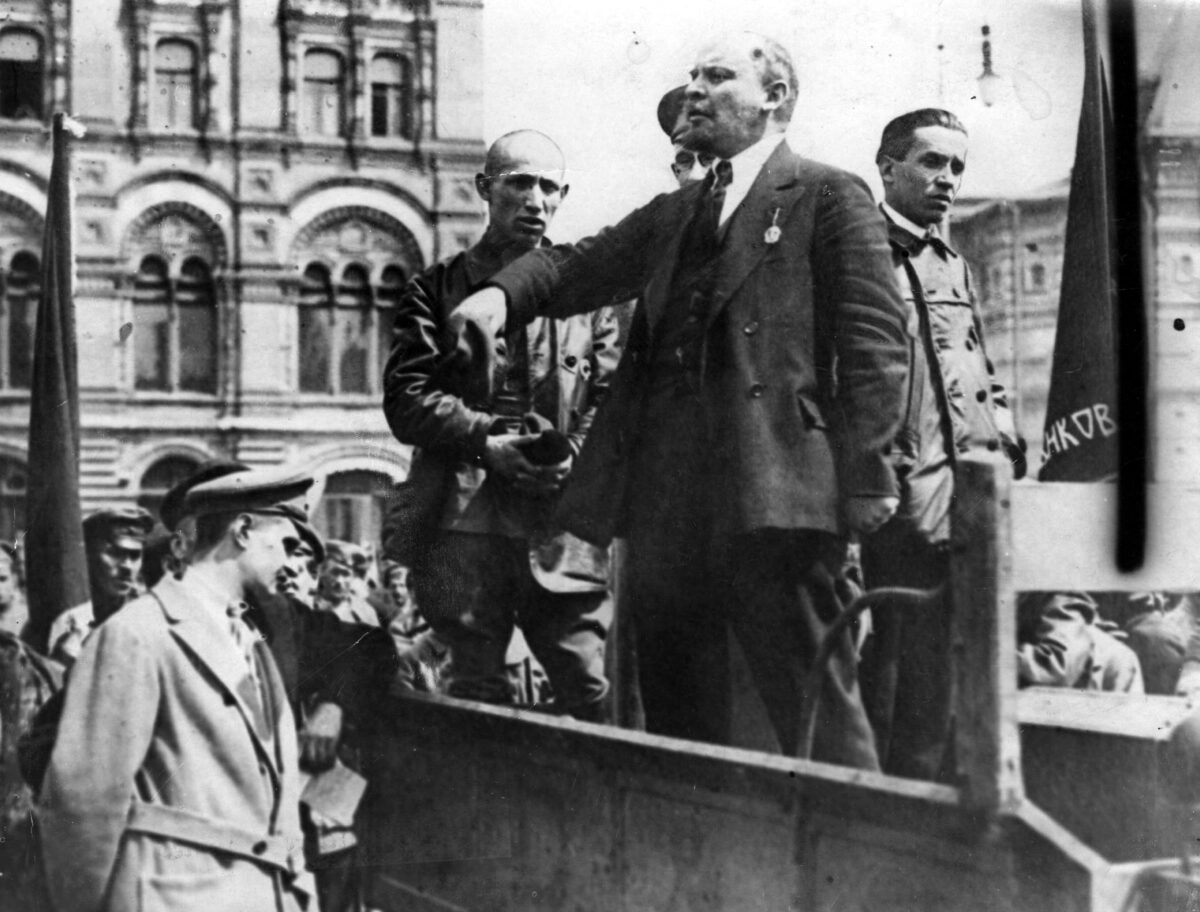 Canada’s Liberal government has dragged its feet on acknowledging the duplicity of the Chinese Communist Party throughout the COVID-19 crisis. Occasionally, as when Health Minister Patty Hajdu recently told a journalist that accusing China of concealing the extent of its outbreak was “feeding into conspiracy theories,” the Canadian response has skirted “useful idiot” territory.

The trope “useful idiot” is often attributed to Lenin, although no textual evidence of him saying it exists. There is a documented phrase in the Serbo-Croation language for liberals who consent to collaborate with communists, which translates as “useful innocents,” a politer version and more applicable to the embarrassing naiveté regarding China and its ambitions we often see on full display in the Trudeau government. (Trudeau fils comes by his China naiveté honestly; Trudeau père fawned, serially, over Soviet Russia, China, and Cuba.

April 22 marks the 150th anniversary of Lenin’s birth. Mired in our current dystopia, it’s a fitting moment to consider his enormous contribution to the communist movement and the incalculable human wreckage it spawned in the Soviet Union, China, North Korea, and various other countries bent on achieving the perfect but ever-elusive omelet for which so many millions of human eggs have been sacrificed.

The Soviet Union crumpled, but Lenin’s mindset has shaped our political world and endures everywhere, including the progressive dream palaces on western campuses. He introduced the world to the one-party state and the form of rule, based on terror, known as totalitarianism. Bloodthirstiness was commonplace in history, but previous tyrants “only” murdered other people. No other nation ever had the criminal category “member of a family of a traitor to the fatherland,” or camps set aside for wives of “enemies of the people.” Many people believe “show trials” were a Stalinist invention, but Lenin staged a show trial of Socialist Revolutionary Party leaders in 1922.

Numbers speak louder than words. Under tsarist rule, from 1876 to 1904 in Russia, 486 people were executed, including political actors—about 17 a year. Post-revolution, from June 1918 to October 1919, more than 16,000 people were executed—about 1,000 a month. In the years of the Great Terror, 1937 and 1938, half a million political prisoners were shot—about 20,000 a month. By contrast, the Spanish Inquisition, in the 80 years of its existence, saw an average of 10 heretics a month condemned to death.

Last September, Gary Saul Morson, professor of Slavic ­languages and literature at Northwestern University, delivered a lecture on Lenin to The New Criterion magazine’s inaugural Circle Lecture. He considers himself an expert in “Leninthink,” because he was, like David Horowitz, author of the 10-volume “Black Book of the American Left” (most of which I have reviewed for FrontPage Magazine), a “pink-diaper baby.” “I know this way of thinking in my bones,” he said.

For Lenin, all interactions are a zero-sum game, symbolized in his famous “Who, Whom?” question. Who has the power? Who annihilates whom? Lenin hated capitalism because it is generally a win-win for buyers and sellers. To him, any free-marketplace transaction, however picayune, was “profiteering” (a capital crime).

Thus, there are no “middle” courses. Only extreme solutions work. In such a scheme, empathy is superfluous to requirements. Suppression of empathy was therefore a matter of principle for Lenin. Morson writes, “I know of no other society, except those modeled on the one Lenin created, where schoolchildren were taught that mercy, kindness, and pity are vices.” Empathy might lead to hesitation in denouncing one’s parents, after all. The word “conscience” was replaced by “consciousness” and was always linked to ideology. Lenin said, “A good communist is also a good Chekist.”

Terror wasn’t a bug in Lenin’s system, but a feature. “When we are reproached with cruelty,” he said, “we wonder how people can forget the most elementary Marxism.” Lenin approvingly defined dictatorship as “nothing other than power which is totally unlimited by any laws, totally unrestrained by absolutely any rules, and based directly on force.” He thought only maximal violence would yield the necessary discipline for advancing the revolution.

Lenin’s first biographer, Dmitri Volkogonov, believed violence was a goal in itself for Lenin. He quotes Lenin in 1908 recommending “real, nationwide terror, which invigorates the country and through which the Great French Revolution achieved glory.” He constantly exhorted his minions to kill people “without pity,” demanding people be “exterminated mercilessly” (Polish scholar Leszek Kowalkowski quite reasonably wondered how one might exterminate people mercifully).

In fact, when the first Soviet legal code was being drawn up by the People’s Commissariat for Justice, Lenin demanded that terror and the arbitrary use of power be written into the code. “The law should not abolish terror,” he declared. “It should be substantiated and legalized in  principle, clearly, without evasion or embellishment.” This, Morson said, is another first in a national legal code.

It has often been pointed out that that the Soviet Constitution of 1936 guarantees its citizens more rights than Western states grant theirs. One Soviet man told Morson that USSR citizens had complete freedom of speech—as long as they did not lie. Morson wryly comments that he “recalled this curious concept of freedom when a student defended complete freedom of speech except for hate speech,” hate speech being either something he disagreed with or a “dog whistle” to something he disagreed with.

True communist believers have no life apart from the Party (Partiinost). George Orwell understood that the essence of totalitarianism is a citizen who does not himself distinguish between right and wrong. Right is what the Party says; everything else must therefore be wrong.

In “The Gulag Archipelago,” Alexander Solzhenitsyn observed that Shakespeare’s tragic protagonists are content to murder only a handful of people. They stop killing, he explained, because “they have no ideology.”

Social justice warriors are ideologues, but are they Leninists? No. As Lenin pointed out in “What is to be Done,” there’s a spectrum. A few people at the top understand what is going on. Then there are those “who just practice the appropriate responses.” Finally, there are the entirely innocent, but supremely gullible foot soldiers. “The real questions are,” Morson said, “is there such a spectrum now, and how do we locate people on it? And if there is such a spectrum, what do we do about it?”

And if we do not find answers to those questions now, when we are faced with a communist regime whose ambitions are as boundless as Lenin’s and their vision of life as ruthless, but their version of terror simply a little more nuanced and sophisticated, then when?