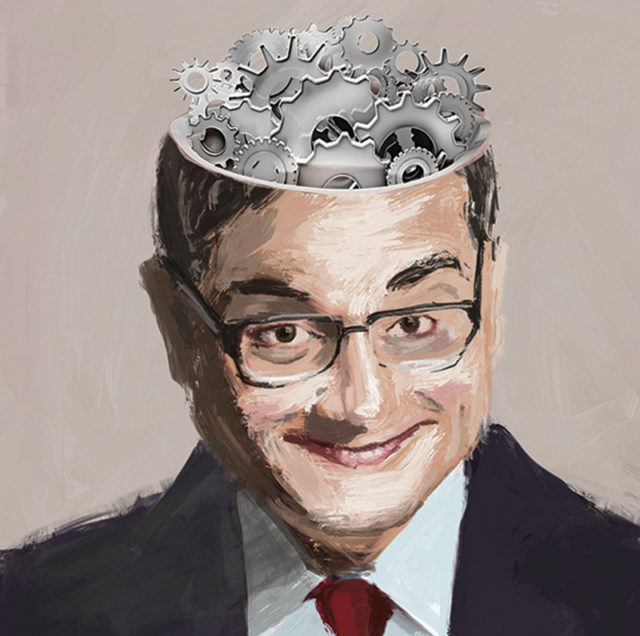 INTELLECTUALS AGAINST ISRAEL VS. EZRA LEVANT

In The CJN’s Nov. 30 edition, prominent attention was given to the question of whether Rebel Media founder Ezra Levant is good or bad for the Jews. JSpace president Karen Mock opined that Levant’s “diatribes” and “intimidation” tactics “are an embarrassment to most decent people in our community.”

I offered a different view in that feature article, and would like to elaborate on the reasoning behind my dissent.

I consider Levant’s alleged harms nugatory to nil beside the mortifying behaviours demonstrated by other Jews – specifically Jewish intellectuals – who I believe do incalculable harm to Jewish communities everywhere.

It is true that Levant has 800,000 subscribers, but they are spread out over several continents, and most are only tangentially interested in Jewish issues. Those of them who are Jewishly invested are overwhelmingly supportive of Israel.

But consider the influence of the numerous anti-Zionist Jewish academics, both in the Diaspora and Israel, who are willing to sacrifice the Jewish state on the altar of progressive solidarity. Unlike Levant, they are “respectable” in the eyes of the intelligentsia. Yet the worst of the Jewish intellectuals demonstrate a Robespierrean rage against Israel, the effect of which, for myself at least, transcends mere embarrassment – it elicits anxiety and dread.

The classic example was Michael Neumann, a professor of philosophy at Trent University, who, in 2003, claimed that Jews bear a collective responsibility to speak out against Israel, and applied the usual bogus and malicious comparison of Israel to Nazi Germany.
But he famously went much farther, saying that his aim is to “help the Palestinians. I am not interested in the truth, or justice, or understanding, or anything else, except so far as it serves that purpose.… If an effective strategy means encouraging reasonable anti-Semitism, or reasonable hostility to Jews, I also don’t care. If it means encouraging vicious racist anti-Semitism, or the destruction of the State of Israel, I still don’t care.”

READ: IS EZRA LEVANT GOOD FOR THE JEWS?

Even leftist Jews expressed moral revulsion at his statement. But Neumann was supported by Trent president Bonnie Patterson, who told the protesting Canadian Jewish Congress that “the free expression of ideas in our university (is) essential to our teaching.” These words ring particularly hollow today, in light of Wilfrid Laurier University’s draconian initial response to a grad student’s erroneously labeled act of “transphobia.”

Since 2003, extreme sensitivity to bias against identity groups such as blacks, Muslims, indigenous peoples and LGBT people has spread from academia to the culture at large. Conversely, extreme anti-Zionism on campus has led to tolerance for Jewish anti-Semitism in the culture at large. In 2013, boycott, divestment and sanctions (BDS) activist Judith Butler received an honorary degree from McGill University (from a Jewish chancellor). Author Max Blumenthal’s odious anti-Zionist ravings made him persona non-grata in Germany’s parliament, but not to PEN Canada, which gave him an uncontested platform to bruit his hate for Israel.

One might argue that “diatribes” and “intimidation” on a Neumannesque and Blumenthalean scale are infrequent and atypical. But only in their heat and candour. In fact, Jewish intellectuals who front for Palestinian activists in the BDS movement are quite aware that they are abetting career Judeophobes and banalizing anti-Semitism in the eyes of their non-Jewish peers, but they don’t care.

Yet Levant, for all his gaffes and rough edges, always combats anti-Semitism and defends Israel. Unlike him, anti-Zionist Jewish academics are insiders with access to national elites. They have the cultural authority to demonize Israel to captive audiences on an almost daily basis, which has the effect of demoralizing many thousands of vulnerable Jewish students and enabling latent anti-Semitism to surface amongst non-Jews. Indeed, studies have found that anti-Semitism is highest on campuses where the BDS movement flourishes.

Do the math, and consider the radiating spheres of political and cultural influence that anti-Zionist Jewish academics help set in motion. You may then conclude, as I do, that in the historical scheme of things, the “embarrassment” caused by gaffe-prone, politically incorrect Ezra Levant is the least of our concerns.