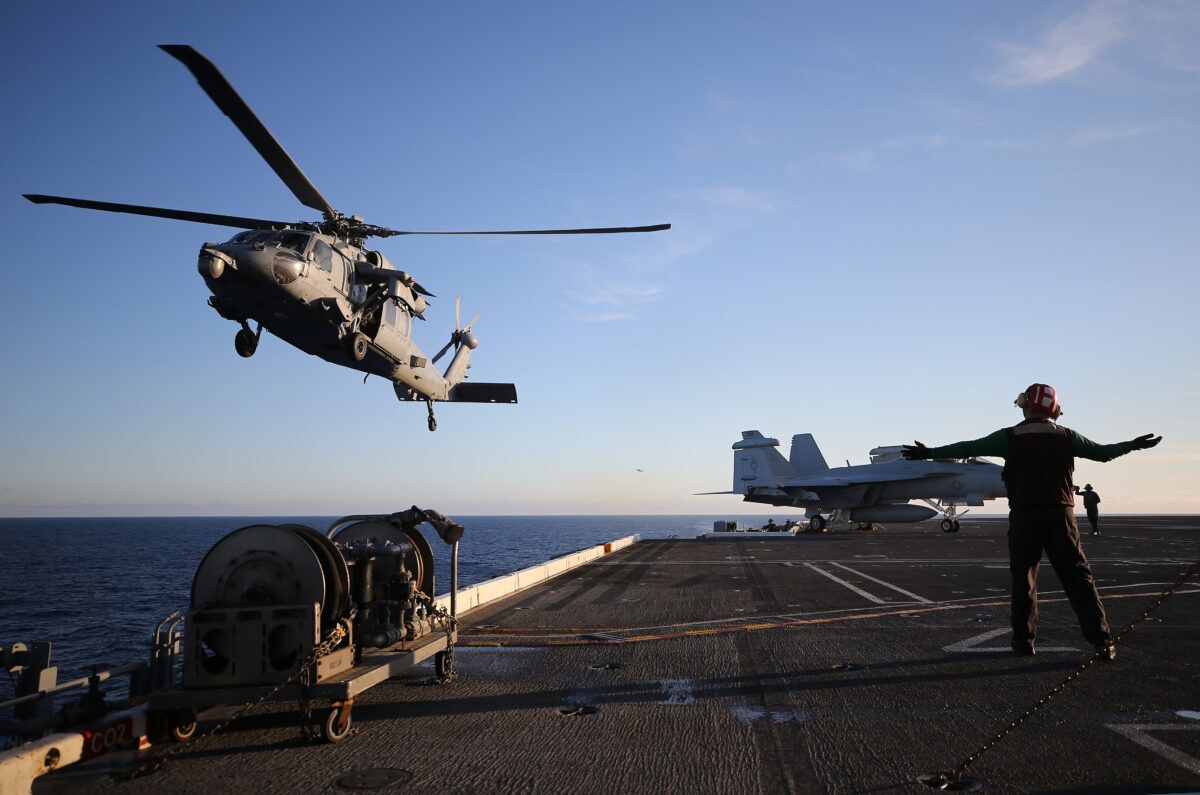 In Service of Progressive Values, US Military Has Become Detached From Reality

Maternity flight suits? The idea provoked Fox News host Tucker Carlson to mirthful riffing on the absurdity of such a preoccupation in light of the escalating tension between America and China. This in turn produced apoplectic “revulsion” from Pentagon brass. Sgt. Maj. of the Army Michael Grinston tweeted that women “will dominate ANY future battlefield we’re called to fight on.”

Which gives you an idea of how detached from reality the present U.S. military has become in the service of progressive values. Not to mention how detached progressives in general are from the ineluctable truths of evolutionary psychology. In general, women are just not that into combat, and for good reasons related to the survival of our species. Of those relatively few who are, a nugatory handful are up to the physical rigours traditionally demanded of men. Because (I can’t believe I have to say this, but I must, because ideology is hostile to empiricism) the fittest men are bigger, stronger, and faster than the fittest women.

Ironically, science is entirely up to date on this issue owing to the fierce debate over transwomen in women’s sport. That males, even weakened by female hormones, hold inherent physical advantage over females is settled science. Yet here too you find ideologues insisting, against all evidence, that there is no proof of male advantage. (To be fair, I’ve yet to hear any gender ideologue proclaim, “transmen will dominate ANY competition in the Olympics men’s division.”)

Women can be as courageous as men under duress, of course. Valorous women spies served heroically in the Resistance. Women have also fought—in Russia in World War II, Israel’s War of Independence, and elsewhere—but almost always when circumstances were desperate, and generally as a last resort. Women are happy to serve in the military in supportive roles and have been for the history of organized defence. Prestige and professional rewards accrue to those with combat trophies in any military, which explains feminists’ push for combat equity. But given a choice, women generally eschew high-risk activities, combat being the riskiest of all.

You wouldn’t know that from the media’s decades-long collusion with feminist dogmas. As far back as 1985, a Life magazine World War II commemorative issue grossly misled readers by featuring 10 male soldiers alongside seven female soldiers to illustrate war heroism. In reality, from 1941 to 1945, more than 15 million American men served in World War II, compared to about 400,000 women. During the entire war, over 540 servicewomen died, 16 from enemy fire.

But progressives dream on. In 1997, Canada’s Chief of the Defence Staff Gen. Maurice Baril predicted that by 2009, women would comprise 28 percent of the Canadian Armed Forces and a full 25 percent of front-line infantry troops. Nothing in the experience of our military—or any other Western force—supported such a projection. Currently 15.9 percent of CAF members are women, with the goal to increase women’s representation to 25.1 percent by 2026. (The NATO average for women in the military is 11 percent.)

That Canada’s Department of National Defence was and still is seriously entertaining such a fantastic delusion (and spending pots of money on ad campaigns to lure women recruits) speaks to an obsession in the corridors of power with equity optics necessitating willed disregard for inherent sex differences.

“Women in the Military: Flirting With Disaster,” a persuasive, evidence-based argument against women in combat, was published in 1998 by decorated infantry officer and military journalist Brian Mitchell. I recommend it. But ideologues will insist we are more gender-enlightened 23 years on. Fine. Let them respond to decorated Afghanistan war veteran James Hasson’s 2019 book, “Stand Down: How Social Justice Warriors are Sabotaging America’s Military.”

Hasson addresses the ramped-up effects of identity politics in the interim since Mitchell’s book was published. He is scathing on the Obama administration, “packed with far-left ideologues who neither understood nor cared to understand the military. … In their eyes it was a blunt-force tool for driving broader change within society as a whole.”

Hasson supports his charge with wince-inducing examples, such as an army “gender integration study” urging an end to “hyper-masculinity” in combat-arms units (China is presently doing “masculinity training”), and PowerPoint presentations instruct commanders about “male pregnancy.” Hasson even uncovers evidence that senior officials in the army’s legendary Ranger School overlooked serious training failures by female recruits—which would have disqualified male candidates—in order to ensure success for their first female candidates.

In a recent Newsweek article, Aaron Reitz, a major in the Marine Corps Reserve and the Texas deputy attorney-general for legal strategy, takes the same stance. Diversity recruitment intensified under Obama in 2009, Reitz says, when his captain “told us we had to sign up a certain number of college-enrolled racial minorities and females. No need to be too strict on physical fitness or academics, he said. Just bring them in.”

Reitz writes that he couldn’t have imagined that today, any disagreement with those policies would result in dissenting officers being labelled “racist,” “sexist,” “bigoted,” or “extremist.” In March 2021, at a special training session—a “stand-down to address extremism in the ranks”—the men were told the United States was threatened by “domestic terrorism” characterized in part by “anti-government,” “anti-authority,” or “abortion-related” extremism and various “supremacist” ideas, none of which were defined. The men were also encouraged to report on anyone holding an “extremist ideology.” They were not to have “divided loyalties.”

Since the Jan. 6 “insurrection” at the U.S. Capitol, Reitz says, “bureaucratic progressivism has hardened into iron-fisted wokeism.” The Department of Defence has developed paranoia regarding white nationalism. In February, Secretary of Defence Lloyd Austin issued a memo to all Pentagon leaders stating that the DOD “will not tolerate … actions associated with extremist or dissident ideologies.” All military personnel, over 1.14 million members, based on 2019 figures, will receive “extremist” training. Acting Secretary of the Navy Thomas Harker issued a memo promising to eradicate “actions that betray our oaths”—for example, any ideology challenging “gender identity or sexual orientation.”

Active conscription ended in the United States almost 50 years ago. American women have freedom of choice in military service. But they aren’t obligated to register for the Selective Service, as men must at age 18, or face serious penalties, from fines to imprisonment. Where’s the equity there? Don’t expect politicians to touch that red-hot button. In a woke military, as in a woke society, some folks are more equal than others.

Meanwhile, that sound of rollicking laughter you hear? That’s the Chinese Communist Party politburo, rolling in the aisles as they watch, with incredulity and delight, the latest season of America’s streaming comedy series “Circular Firing Squad,” produced, directed, and acted by the Military-Progressive Complex.