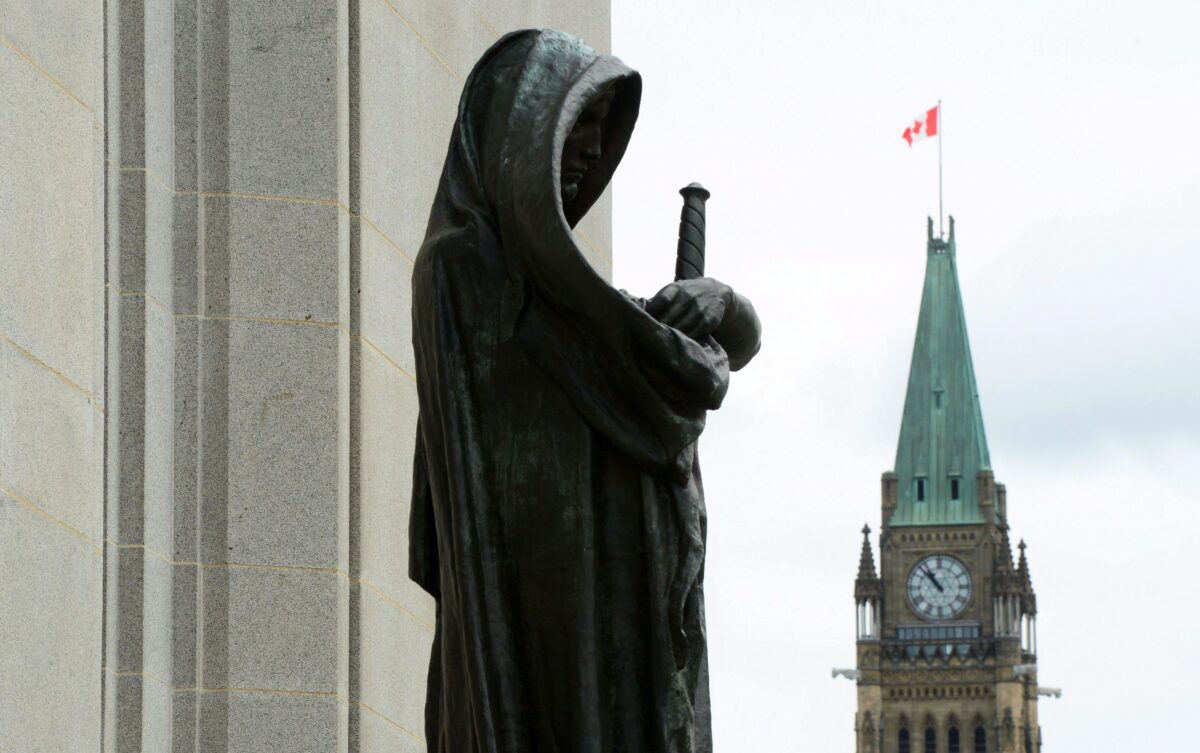 A good friend of ours died last year of a slow-growing but inexorable form of lung cancer. In his final months, he received expert outpatient care from a team of palliative-care specialists. When the end was imminent and breathing became difficult, he was asked if he preferred lucidity with suffering, or comfort. “Comfort,” he whispered. His medication was adjusted, and he relaxed into sleep. He died peacefully the next day.

A few months previous to his death, his wife, distressed at his now-rapid decline, had wondered aloud to me if she should introduce the subject of MAiD—medical assistance in dying, i.e. euthanasia—to their ongoing conversation about his condition. (The term MAiD was stolen from palliative care by the euthanasia lobby in order to obscure the bright moral line between easeful transition to a natural death and killing by lethal injection.) I begged her not to. I said her husband was aware of his right to euthanasia, but if she brought it up, it could well act as a signal to him that this was her preference. She took my advice, and later thanked me for it.

In Canada, physicians do routinely inform patients that they have the option of euthanasia, and many thousands of Canadians choose it. In 2019, 2 percent (5,631 cases) of all Canadian deaths were medically assisted (3.3 percent in British Columbia).

Bill C-7, which proposes to expand access to euthanasia, would make Canada one of the most permissive countries in the world for physician-assisted death. C-7 was rushed through the House of Commons last year, and Senate hearings are concluding to meet a Feb. 26 deadline, at which point the Supreme Court may or may not be asked to rule on its constitutionality. Justice Minister David Lametti has not ruled out the possibility of referring the bill to the top court, rather than waiting for a lower court decision on whether it goes too far (or, for the Kevorkianists, not far enough).

Up to now, euthanasia was only permissible for those whose deaths were “reasonably foreseeable.” C-7 opens the door for euthanasia to anyone who is enduring what he or she considers to be intolerable suffering, physical or mental. (Although it rules out euthanasia for the mentally ill, one can easily see the legal complications in distinguishing “mental illness” from illness-fuelled clinical depression).

C-7 also removes the provisions for a mandatory 10-day reflection period, which would mean sufferers can demand and receive death on their worst day, when slight improvement the next day might have changed their mind. In addition, the bill reduces the requirement from two independent witnesses to one, who may be a paid caregiver.

In 2015, the Supreme Court’s Carter decision resulted in euthanasia legislation that explicitly called for evidence of the first years of operation to be explored in a review in 2020. Such evidence would have included medical histories of those who chose euthanasia, analysis of the nature of the suffering and attempts to relieve it, documentation of procedural steps, and impacts on loved ones. But we don’t have that evidence, nor has there been a review. There are also cases in which euthanasia has been withheld, but we don’t know why, or the results of that withholding.

In fact, University of Toronto professor of medicine and law Harvey Schipper and former federal deputy minister Harry Swain noted in a July 2020 article in the Vancouver Sun: “We have no evidence on which to base change in the law in any direction.” Schipper and Swain characterize this lack of evidence and the way MAiD is evolving in Canada as “troubling, even dangerous.” The rush to expand MAiD, given government inaction on data collection and the void where disciplined examination of the facts should be, “turns policy-making on its head,” say the two experts.

“In every other field, from pipelines to seatbelts, from new airplanes to new medicines, the onus is on the advocate to provide clear, scientific evidence that the idea is safe—neither painful to the user nor distressing to the community,” they write.

Regarding “distress to the community,” in the case of Vancouver’s Louis Brier nursing home we have a perfect example of how ideological zeal amongst euthanasia advocates can easily trump community sensitivities. This nursing home—not an acute-care facility—for Orthodox Jews was funded by and meant for survivors of the Holocaust. Legal euthanasia is a traumatizing concept among their residents, and they don’t permit it on their premises. But an outside doctor (a Hemlock Aid activist) with no visiting privileges and without documentation came to perform euthanasia for a consenting resident after hours, causing anguish to the other residents.

It seems very clear that C-7’s expansions were drafted in a spirit of what we might call zeitgeist bias rather than with the objectivity and prudence appropriate in a government making literal life-and-death policy decisions. Once you accept the logic that suffering justifies killing, it is not easy to set boundaries.

Only about 30 percent of Canadians have access to the kind of palliative care our friend had. Too few disabled Canadians have adequate support services. Too many people with disabilities live with substandard care. They are choosing euthanasia because “dying with dignity”—an apparently compassionate phrase shielding the movement’s chilling presumption that chronic illness, disability, and dependence automatically strip human life of dignity—is privileged over living with dignity.

As National Post columnist Chris Selley noted in a recent column on this issue, the COVID crisis has laid bare the shameful conditions in many care homes that make suicide preferable to the squalid animal existence that is currently the only other option for many trapped residents.

In Gerbert Mark van Loenen’s book “Do You Call This A Life?” about right-to-die laws in the Netherlands, Dutch physician Joke Groen-Evers noted that, when talking with a terminal patient, she would feel bound to bring up the subject of euthanasia, “and nine times out of 10 the patient would return with a request for euthanasia.” Finding herself more comfortable suggesting palliative care, she stopped using the “E-word.” “And what do you know: Almost no one asks for it anymore!” she said. “If you mention euthanasia, they will ask for it. If you mention palliative care, then that is what they will choose.”

That is instructive and heartening to know. And yet, there is no use in doctors mentioning palliative care as a default if it isn’t available to all Canadians. If the government really cared about Canadians’ rights, it would put C-7 on the back burner and introduce a bill that guarantees all Canadians the right to palliative care and/or the support services they need to live out their natural life with dignity and comfort. Once the playing field for options is levelled, and only then, should our euthanasia law be expanded.