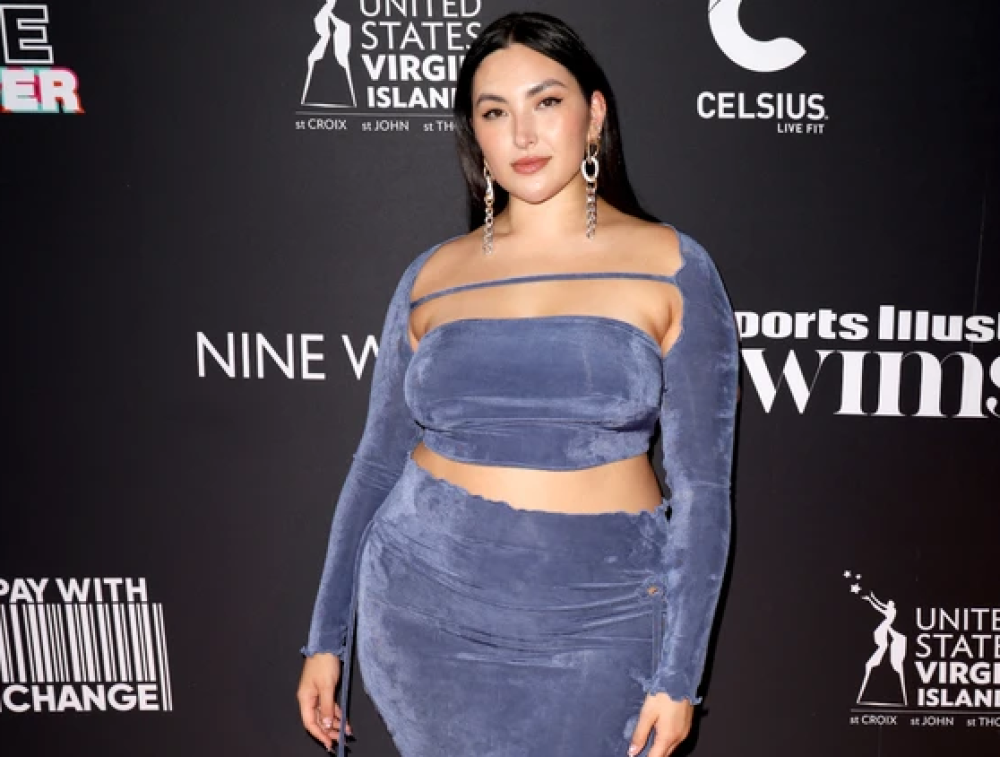 Model Yumi Nu attends the launch of the 2022 Sports Illustrated Swimsuit Issue at the Hard Rock Seminole in Hollywood, Fla., on May 21. PHOTO BY ALEXANDER TAMARGO / GETTY IMAGES FOR SPORTS ILLUSTRATED SWIMSUIT

Canada’s most notorious cultural gadfly, Jordan Peterson, is a courageous fellow. He took one look at full-bodied swimsuit model Yumi Nu on the cover of last month’s Sports Illustrated (SI) Swimsuit Issue, and without hesitation, opined on Twitter, “Sorry. Not beautiful. And no amount of authoritarian tolerance is going to change that.”

The backlash was so swift, and so harsh, that Peterson announced he would be quitting the social network. Society’s preoccupation with “fatphobia,” it would seem, is back. In its original incarnation, fatphobia was linked by feminists with the patriarchy. Their theories produced a field of inquiry called “fat studies,” which took for its premise the notion that fat being unhealthy is “part of an oppressive, patriarchal beauty myth that pressured women to be conventionally attractive and dainty and not take up much space.”

Women, it would appear, are resisting such alleged patriarchal pressure in huge numbers. A Johns Hopkins University study found that more than half of college-age Americans are overweight or “obese,” a word considered so triggering to anti-fatphobia activists, the University of Illinois Chicago’s School of Public Health says it should be banned and replaced with “larger bodies.”

Peterson announced he would be quitting the social network

Alas, manipulating vocabulary can’t change material reality. It’s settled science that weight and health deficits are intimately connected. For one poignant example, a U.S. study found that almost 80 per cent of patients hospitalized for COVID-19 were either overweight or the O-word.

I have “lived experience” in this issue, as larger bodies ran in my mother’s family. Slenderness envy has plagued me all my life. I sympathize with all the losers in the genetic lottery that plays a big role in weight gain. I agree that obesity is a superannuated vehicle for humour. I understand that obsession with weight loss is a class or cultural thing. I know some guys are attracted to larger gals.

But I have a healthy respect for reality. Even if we can all agree that our culture is wrongly obsessed with body perfection (not just female), our understanding won’t automatically translate into admiration for amplitude.

Trends in body size can shift from time to time and place to place. Kings and queens could be fat up to the Edwardian age, but thin Royals are de rigueur today. A 16th-century painter of lush female bodies might have found the average SI model disagreeably angular. What is considered beautiful in Samoa is not considered beautiful in France.

MORE ON THIS TOPIC

Popular fashion catalogues started featuring older women some years ago, because their boomer clientele was aging. But their silver-haired models are still slim and lovely for their age. That’s a marketing decision. Now they are featuring plus-sized models because of upward trends in weight in all demographic groups. That is also a marketing decision. (But their plus-sized models wear modesty-themed, concealing swimsuits.)

Unlike a company like Lands’ End, however, SI doesn’t sell swimsuits. It sells female beauty (at least its annual swimsuit issue does). The magazine’s Yumi Nu cover aggressively declares: women can be beach beauties at any weight, and we dare you to say otherwise (Peterson took the dare). If SI’s editors really believed that, they’d make a habit of such covers. The odds of that happening are slim (excuse the expression).

In an extension of this complaint about a virtue-signalling magazine, it is also unfair to strain the limits of plausibility in the name of diversity in the entertainment business. Sometimes implausibility is unavoidable. There isn’t a huge recruitment pool for high-end operatic talent, so opera audiences had to get used to suspending belief when, for example, in the German opera “Elektra,” Orestes’ plangent cry, “What have they done to you? Have they starved you? Your cheeks are so hollow,” is delivered to an obese Elektra. (But interestingly, if you’ve noticed, both male and female opera singers are much slimmer than they used to be.)

But in other forms of entertainment — stage, screen, TV — the pool of actors is enormous, and it’s a buyer’s market for quality acting across all racial, gender, ethnic and linguistic lines. Diversity and plausibility can easily co-exist in harmony. If the acting is superb, I can forget it is a woman playing Cassius in “Julius Caesar.” Black, white or brown makes no difference. But she has to be slim, because “yon Cassius hath a lean and hungry look.”

Why shouldn’t a large woman play the romantic lead?

It’s good that larger actors are no longer automatically relegated to the role of comic foil. Why shouldn’t a large woman play the romantic lead? No reason at all. But make it plausible. In the charming Netflix film “Falling for Figaro,” the protagonist, Millie, is portrayed by a very pretty, but obese actor. Her character is smart, gracious, high-achieving and personable. Her weight is never mentioned, as is appropriate for the point the film is making. All well and good.

But in real life, she would not be paired with her film boyfriend, Charlie, played by an actor who is so tall, fit and gorgeous, with flashing black eyes and a knockout smile, you can’t take your eyes off him. Why couldn’t her boyfriend be more average looking?

If they really believed weight makes no difference, Millie would not emerge from under the covers after a tastefully choreographed lovemaking scene fully covered up. It was an exercise in gaslighting, just like the SI cover.

We should strive to suppress judgmentalism in our speech around obesity. But it isn’t fair to compel people to actually affirm that they see beauty in what they find off-putting, or to deny that weight is irrelevant in the mating market. We must recognize and respect the cultural hand we’ve been dealt.