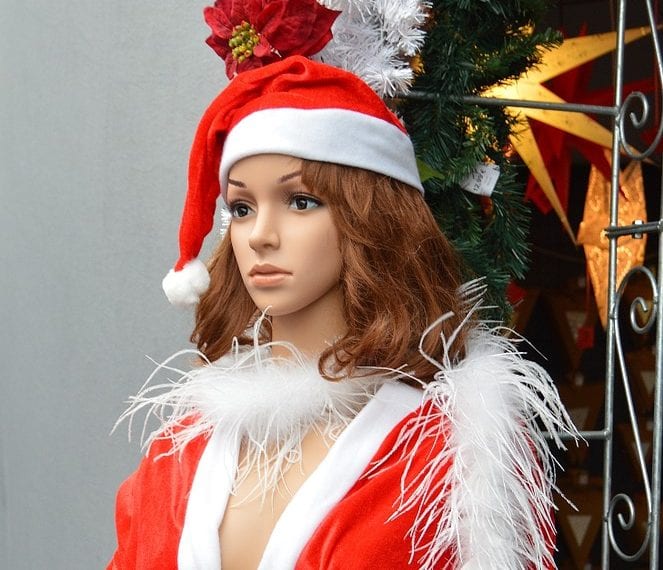 KAY: The debate over “Baby, It’s Cold Outside” is tone deaf

Baby, it’s cold outside. Seriously. I live in Montreal and it’s extremely cold outside. We’re also deeply into pre-Christmas festivating, which naturally involves multiple inescapable encounters with the eponymous holiday earworm, “Baby, It’s Cold Outside,” an allegedly rapey song so widely discussed it has its own recognizable acronym, BICO (as in “Bro, did you listen to 920 AM radio this morning? They totally played BICO! WTF?”) and even its own parody , “Baby, It’s Woke Outside.”

Woke types usually rule at the CBC, Canada’s left-leaning public broadcaster. So I was pleasantly surprised to see they had reversed its politically correct decision to remove the 1944 holiday classic from its playlists, which they had justified “in the light of public condemnation of its lyrics.” Well, it turns out that the “public” part of the condemnation was overestimated (I am guessing they got three enraged emails from feminist activists condemning the song, and responded, as is their wont in gender matters, with reflexive capitulation).

It seems that the “overwhelming” desire of CBC’s music-loving audience is to keep BICO in the holiday lineup. CBC’s head of public affairs Chuck Thompson stated, “We heard from our audience in no uncertain terms,” and “almost to a person they were asking us to reconsider.”  And so, after a week’s hiatus, BICO returns to triggering the fainting-couch sensibilities of women who swoon in horror when they hear the lyric “What’s in this drink?” (Note: when the song was written 74 years ago, date-rape drugs weren’t a thing, so the horror is revisionist; the lyric suggests that the woman is coyly transferring her own burgeoning sexual desire to an exogenous source so she can maintain an air of reluctance.)

What a trial we ignorant gender proles are to enlightened progressives, clinging to our binary-based false sexual consciousness, persistently assuming inherent differences to men and women, and considering the differences tradeoffs that work imperfectly a times, but generally well enough in the scheme of things.

In our ignorance we find it easy to believe BICO demonstrates the spirit of its intention by its writer, Frank Loesser, who conceived it as a duet to be performed with his wife Lynn Garland at holiday parties. We complacently regard the scenario as an erotic pas de deux , in which a sophisticated woman who actually wants to be ravished without appearing to want it, role-plays a coy Victorian maiden reluctant to succumb to her seducer’s charms, while in fact enjoying every minute of what she knows is verbal foreplay, and her seducer role-plays the persistent seducer in order to add a spicy frisson of naughtiness to the dance.

I suppose it is difficult for young people marinated in the misandry that has pervaded their entire educational context to appreciate that the meaning of “seductive” has not always been synonymous with “toxic” or “controlling.” But there was a time — before feminism took hold of the culture, when premarital sex was no longer a sin, birth control made it socially safe, and both men and women regarded themselves as equally worthy in value, but functionally different — when the attainment of erotic mutual pleasure involved a ritual, gendered division of labour. It was the man’s role to pursue, or appear to pursue; it was the woman’s task to play gatekeeper. If she kept the gate shut, the pursuit couldn’t begin. Once she opened the gate, the pursuit was on! The woman could then “yield” to the man’s importunity without seeming to be over-eager.

The gatekeeping was highly ritualized. In 1944, the year BICO was written — and 1950 and 1960, but less and less so after that — the rules of pursuit were well understood by everyone. Coded glances, gestures, smiles, head tilts, words — boys and men knew, or after a number of rejections learned — to distinguish between merely friendly smiles, and those that were sexually charged; the same held true for gestures and words. And, from lived experience, which I understand must be respected as evidence for a claim in Woke Alley, I can tell you that in my middle-class circle, the rules were assiduously respected by boys and men—well, as long as girls didn’t “cock-tease” by sending mixed signals in their sartorial lamination (slutwear) or comportment.

I can also tell you that in 1944, any single woman who went to a man’s apartment, knowing they would be alone together for the whole evening, with liquor and a warm fire as the backdrop, had opened the gate: she had already given assent for the pursuit to begin. Whether or not she ended up in bed with the guy isn’t the point of the song. The point is whether or not the woman here was a willing participant in the dance. The answer is an unequivocal yes. Because women of that era wanted to be seduced, as long as the conditions had been assented to; and they got what they wanted.

We’re told that’s all over now, since women are, you know, “equal” to men, which ideologues believe means any sexual differences are socially constructed, and further means women need no longer feel shy or embarrassed about their desires, or the social consequence of fulfilling them in or out of a “relationship,” promiscuously or serially. Today there are no codes; there are no rules; there is no dance. Woke people celebrate the non-binary, but the truth is it’s all very binary: There is voiced consensual sex or there is rape, with no fluidity or complexity in between. There’s no room for seduction in such a schema. Is it any wonder that young people are having less sex today than they used to? Men are afraid they will be #MeToo’d if they attempt to woo women; and women, when they are being wooed, have no idea whether they should enjoy it or consider it rapey.

It’s all in the eye of the beholder. When New York mayor Bill de Blasio was courting his future wife in the early 1990s, Chirlane McCray, he made quite a pest of himself. According to a 2013 New York Times profile on the couple, now married over 30 years, he “flirted with her mercilessly,”  called her nonstop and even tried to “steal an unwelcome kiss.” Whoa! That doesn’t sound so good. McCray later reframed de Blasio’s courtship style as “sweetly persistent” but “always respectful.” Me, I wouldn’t call an unwelcome kiss respectful. In fact, exactly that kind of behaviour today is what gets men fired. But hey, Reader, she married him! And they’re happy. So he doesn’t have to step down as mayor. Is that fair? Let’s just say this whole man-woman thing is complicated, eh?

People with common sense — you know, the kind who won’t stand for BICO being disappeared from the CBC playlist — know that certain human traits are timeless and inherent. They know that women are less willing to take risks, including — especially! — the risk of sexual rejection. They know that men are willing to take risks, because they are more invested in getting sex than women, and because taking risks is part of the honour code for manliness. Women who have the privilege of risk-free rejection should sympathize a bit with men, who, unless they are unusually attractive or successful, encounter humiliating rejection by girls and women all the time, and suck it up without complaint or discouragement.

Non-indoctrinated women laugh self-mockingly when they admit they bought and loved the mega best-seller (virtually all women readers) 50 Shades of Grey , which is a wall to wall homage to the female fantasy of an assertive male at the top of the pecking order. If rapiness is such a horror, how do radical feminists explain the success of this book? Nobody forced all these women to buy it and vacuum it up with their eyes and imaginations.

Non-indoctrinated women not only enjoy being seduced, they often put a higher value on dominating “bad boys” than on nice-guy feminists who keep asking them every 30 seconds if it is okay to proceed further down the road to full intimacy, which is the kiss of death to fulfilling adult eroticism.

When I say “bad boy,” by the way,  I am not speaking of Trump or Harvey Weinstein or even Jian Ghomeshi, although the latter’s kinky approach and rough techniques certainly seemed to appeal to some women, including to his chief accuser, as court documents demonstrated (“I love your hands!”). Let’s all stipulate that sexual coercion is not okay, and should be punished. We’re talking about the general run of humanity here.

What I would call the positive kind of seduction that women fancy is what social psychologists Pelin Gul and Tom Kupfer call “benevolent sexism.” In a research paper they published following a study of women’s attraction to various types of men, they found that assertive, even “patronizing” (i.e. dominant or “bad boy”) men are often attractive to women, because they are perceived as “willing to invest in traditional male responsibilities (protect, provide, and commit),” which highly educated, financially independent, child-free women can afford to snub, but average women yearning for children and a stable family life cannot.

Some of the traits connected with benevolent sexism, which is not misogyny (for which see under Weinstein, Trump et al.) are a belief that women should be “put on a pedestal”; that women should be cherished and protected by men; that men should be willing to sacrifice for women; and that women are more virtuous than men. Notably, such men believe unequivocally in the inherent difference between the sexes, which tends to make them both chivalrous and romantic. These are allegedly superannuated attitudes, but apparently many women, including feminists, appreciate them in a man.

There was an old saying in my era: “A man chases a woman until she catches him.” Women love to be seduced, and when they are attractive, and  in a position of social or financial or career power, with no reasonable fear of rejection (I am thinking here of “cougar” women, who openly court bedazzled boy toys), they also love to seduce.

Which leads me to the most interesting thing about BICO, which is that it can be, and sometimes is, plausibly gender-reversed , with a woman imploring a man to stay, and a man nervously demurring. In the 1949 film, Neptune’s Daughter , BICO is performed twice: once with Ricardo Montalban as the Lothario and Esther Williams as the seducee, and then again with Betty Garrett putting the moves on Red Skelton. In one of their Christmas shows, muppet Miss Piggy sang it super-seductively with Rudolf Nureyev in a steam bath. (Speaking of Rudolf, doesn’t the song “Rudolph, the Red-Nosed Reindeer” (RRNR) paint Santa as a enabler of bullying? Bullying is a bad thing, and can trigger people who have suffered from this playground scourge. Okay, I’m kidding.)

Look, I will concede that BICO hasn’t aged well, and that some of the lyrics come off as sleazy. The fact remains: the gal in the frame could have left at any time if she really wanted to. And it is pretty clear she wanted to stay.

Do you know sleazy isn’t the same as rapey? (No, but if you hum a few bars, I can fake it.)