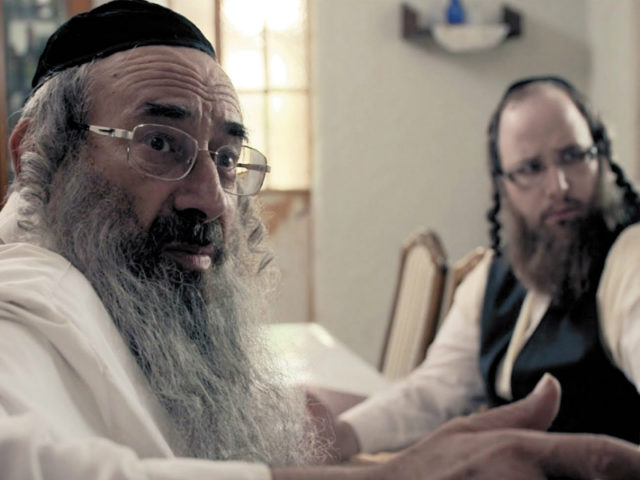 In the past, on social occasions, it could be awkward when people ran out of topics for conversation, especially if one’s interlocutor was not bookish, thus preventing discussion about the latest good read. This is no longer the case. One only has to ask: “What are you enjoying on Netflix these days?” and the floodgates open. The supply of high-end, intelligent entertainment that Netflix (et al.) provides is virtually endless.

I recently got hooked on Shtisel, an Israeli series about a haredi family in Jerusalem. I’m now halfway through the 24 episodes. At first, I was ambivalent about watching it, as I have strong feelings about the haredim and not many of them are positive.

I’ve heard a number of disturbing stories. Some haredi men in Jerusalem yelled “prostitute!” at my niece when she was out jogging in her running gear. A friend and his family were physically assaulted while walking (modestly dressed) in Mea Shearim on Shabbat. Certain incidents – women being forced to the back of buses, little girls admonished for immodesty if their knees show – set my teeth on edge. So I wasn’t sure I could enjoy a series that (I falsely presumed) romanticized such a culture.

Yet Shtisel neither romanticizes nor condemns the haredi way of life. No mainstream Jew will find inspiration for emulation in this series, but neither will an anti-Semite find fodder for hatred. There are no scenes involving hostility toward secular Jews or Zionism (beyond a few sidelong swipes at the annual IDF air show). There are no allusions to military service. The series explores haredi norms through the quotidian exigencies of men, women and children struggling to balance personal yearnings against the claims of what seems to outsiders a suffocating form of communalism. The characters never rebel (or do so in barely discernible ways), but as I watch, I’m inwardly hoping they will.

The central character is the recently widowed Rabbi Shulem Shtisel. He is a heder teacher; the loving son of a senility-bound mother, to whom he speaks Yiddish; a long-estranged older brother to Nuchem in Belgium; a conditionally loving patriarch to a brood of disparate grown children and grandchildren (he severs relations with one daughter because she married a Hasidic, rather than a haredi, man); and a housemate to his youngest child, Akiva, a bachelor whose sweetly gentle resistance to his father’s over-management (by our standards) of his life forms the core of the story arc, such as it is.

Shulem is not a bad man, but his obsession with one-size-fits-all conformity to haredi customs sparks Soviet-level panic over his children’s slightest deviation from the party line. Akiva is dreamy and artistic, but has no outlet for his genuine talent, other than ghost-painting for a tourist-fleecing dealer of Jewish kitsch. He has no vocation for teaching, but Shulem considers anything but yeshiva-related work beneath a man’s dignity. Akiva develops a crush on Elisheva, a twice-widowed older woman whose son is in Akiva’s Torah study class, but Shulem considers her an unsuitable match. He is a young man who’s hemmed in at every turn – sexually, emotionally, creatively – by a culture whose preoccupation with doing God’s work encourages premature aging (the cross-generational uniform says it all) as a hedge against dangerous individualism.

There are joyful moments, but sadness is the dominant motif. One’s heart aches for Akiva and Elisheva’s doomed love. Even more so for Akiva’s sister Gitti and her husband Lippe, who are struggling to raise five (later six) children in a cramped flat. Lippe’s infidelity while abroad leads to a crisis that is badly handled – not because it is insoluble, but because Gitti can’t look past the scandal the community would make of it. As a result, though Lippe yearns to discuss it and find absolution, Gitti insists it never happened, ensuring that quiet despair envelops them both.

READ: THE LAUGHS AND BOMBS OF NETFLIX COMEDIES

In this rigidly gender binary world, nobody is an individual. Men are their roles: son, husband, father, patriarch. Women are theirs: daughter, wife, mother, caregiver. It’s fascinating, frustrating, formidable entertainment.