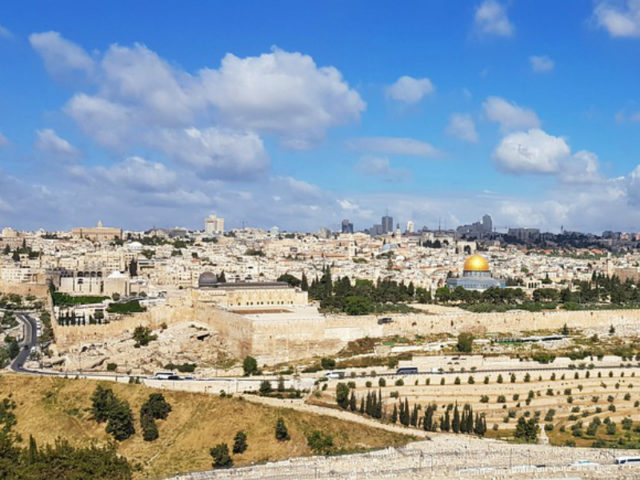 Kay: Are Arabs worse off in Israel? The numbers say no

In 2008, a delegation from the Mossawa Center, an NGO that promotes equality for Arab-Israelis, came to Brussels to raise EU awareness about the socioeconomic gaps between Israel’s Muslim and Jewish citizens. Their evidence was meant to serve as proof of Israel’s discriminatory treatment of Arabs.

The delegates rather awkwardly discovered, however, that Belgium’s Muslims were in worse shape than Israel’s. Only one per cent of native Belgians were living below the deep poverty line. But that number rose to 39 per cent for Turks and 25 per cent for Moroccans.

This anecdote comes from scholar Ben-Dror Yemini’s new book, Industry of Lies: Media, Academia and the Israeli-Arab Conflict, an enlightening dive into the numerous myths and misconceptions that fuel what has become a near-global assumption that Israel is an oppressor – even an “apartheid” state.

As Yemini demonstrates through a wealth of impeccably sourced data, Muslims in Israel are better educated and more gainfully employed than their coreligionists in Europe, and are much better off than their brethren in Arab lands. The very real gaps that existed in Israel years ago have narrowed over time. For instance, in 1961, Jewish students completed an average of 8.4 years of schooling, while Arabs only received 1.2. By 2010, the gap had vanished, with both Jewish and Arab students completing an average 12 years of school.

No country in Europe can boast anything like that number in their Muslim populations. Amongst Middle Eastern and North African countries, the average is 6.5 years of schooling. Yet when appraising the situation of Israeli Arabs, media people and academics tend to assume that all inequalities are due to Jewish discrimination. Yemini’s deeper analysis teases out relevant context that is virtually never mentioned elsewhere.

First is his striking observation that in most fields, the achievements of Israel’s Christian Arabs not only surpass those of Muslim Arabs, but actually exceeds the Jewish average. There are also stark socioeconomic gaps within the Jewish population itself. The income of haredi Jews, for example, is extremely low compared to secular Israelis, but many haredi are also more impoverished than Israeli Arabs.

Yemini discovered that the common marker for socioeconomic failure is the status of women within the society, which affects their ability to participate in the workforce beyond a menial level, if at all. In the West, many cultural groups, especially Indian, Chinese and Japanese people, are forging ahead in education and overall achievement. Not coincidentally, a high percentage of the women in these cultures are well educated and participate in the workforce. In Israel, 52.5 per cent of Jewish women and 42 per cent of Christian women, but only 13 per cent of Muslim women, are active in the workforce.

A 2015 World Economic Forum report shows that Islam-dominated countries lead the world in the magnitude of the gender gap. A total of 67 per cent of Israeli women work, but the numbers for neighbouring countries show figures ranging from a low of 16 per cent (Jordan), to 26 per cent (Lebanon). Even in oil-rich Saudi Arabia, the average per capita income was $20,622, while the average per capita Israeli income was $37,262.

Taken together, the data show that discrimination against Muslims, although clearly present in many countries including Israel, falls far short of explaining the consistently disparate socioeconomic conditions that Muslims experience vis à vis native westerners, sabras and other immigrant communities.

The numbers are clear: socioeconomic success is downstream from culture. Cultural groups that produce successful offspring hold relatively enlightened gender views, so they tend to push education for both male and female children. As Yemini concludes: “Put starkly, societies that perpetuate repression in the household will have poor outcomes. This is true whether they constitute a majority or a minority in any given country.”

I cannot recommend this book highly enough to all readers, but especially to Israel-bashing Middle East “experts” in the media and academia.