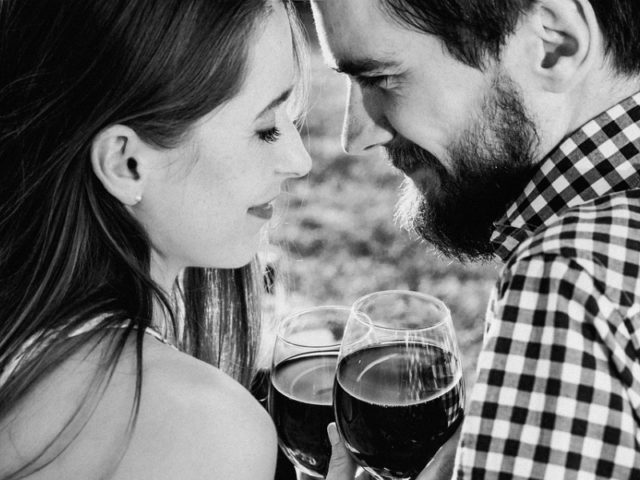 Kay: ‘Baby, It’s Cold Outside’ and the Song of Songs

Shir ha-Shirim (the Song of Songs) has lately been the focus of a weekly study group I attend at my shul. Most of the Shir is an explicitly sexual dialogue between two lovers.

A few minutes into last week’s steamy reading, the woman next to me quipped, “Baby, It’s Cold Outside.” We all laughed knowingly. This Christmas season favourite, written in 1944 by Frank Loesser as a duet to be performed at holiday parties with his wife, Lynn Garland, had been scooped just days before into the net of ever-vigilant #MeToo trawlers patrolling the cultural waters for “rapey” pollutants.

Many radio stations quickly complied with demands to remove it from their playlists. The CBC pulled it, too, in light of public condemnation of its lyrics, then discovered that the “public” – that is, the real public – had no interest in revisionist politics interfering with their holiday cheer. The CBC responded to “overwhelming” demand and reinstated the song.

BICO, as the song is being referred to, tells the story of a seduction. We of a certain age understand that there is a difference between seduction and sexual harassment. Young people today are often confused, and with reason, considering the binary perspectives on sex they have absorbed in this ostensibly liberated, but oddly puritanical era. The stark, hypothesis-driven choice they are given is explicit: vocalized consensual sex or non-consensual sex. They are not taught about the complex middle ground that is part and parcel of being human, in which (usually) a male, attracted to a female who is unaware of his desire, begins a seduction dance. The BICO controversy suggests that “seduction” is a word many young people never hear, or if they do, only in pejorative terms symbolizing “toxic masculinity.”

READ: KAY: FINDING PARALLELS TO THE NAZIS WHERE THERE AREN’T ANY

Seventy-four years ago, as I am temporally well placed to know, when a single woman accepted an invitation to spend an evening drinking cocktails in a man’s apartment, she was, according to the then-current dating code, open to being wooed. The BICO woman isn’t afraid or distressed. Rather, she is consciously performing a familiar role – and “performing” is the key word. Her role is the reluctant sexual partner, acting out the fiction that she must be persuaded to “undress” her modesty. But this is clearly a sexual pas de deux between willing dancers.

Proof of the song lyrics’ consensual nature is the fact that it has been gender-reversed several times, losing none of its plausibility. In the 1949 film Neptune’s Daughter, BICO is performed twice: once with Ricardo Montalban as the Lothario and Esther Williams as the seducee, and then again with Betty Garrett putting the moves on Red Skelton. In one of the Muppets’ Christmas shows, Miss Piggy sang the song super-seductively with ballet dancer Rudolf Nureyev in a steam bath.

Shir ha-Shirim is associated with Pesach, traditionally recited before the morning Torah service on Shabbat hol ha-moed. Although often interpreted as a symbol of God’s loving relationship with the Jewish people, God is not mentioned at all in the text, and it is, on its face, nothing more than a vivid homage to the peak pleasures inherent in erotic love between men and women. In contrast to BICO, the man and the woman are portrayed without coyness or innuendo as nakedly yearning for each other’s bodies. He says of her: “Thy two breasts are like two fawns, the twins of a gazelle.” She responds: “I am my beloved’s, and his desire is towards me. Come, my beloved, let us go forth into the field,…let us see if the vine has flowered,… there will I give thee my love.”

Men and women feel desire mutually, and the dance of seduction is inherent to satisfying relations. Culture and social mores dictate how that seduction is performed. Repressing seduction won’t end sexual misconduct by creeps. It will only serve to make trustworthy men and women objects of distrust to each other.