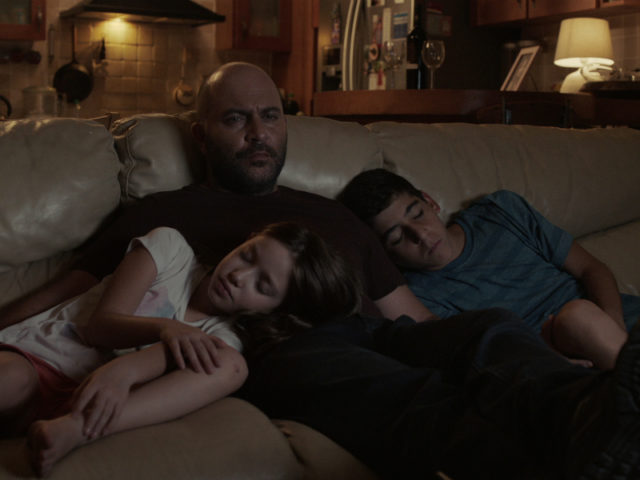 Kay: How Fauda might help to bring peace to the Middle East

For riveting entertainment, Israeli dramas rule. Several of them deal with the paradoxical realities of life in a flourishing, prosperous society where Jews, both secular and ultra-Orthodox, co-exist in (occasionally uneasy) peace with Israeli Arabs, but one that is shadowed by a siege mentality, with eyes and ears constantly alert to threats — or reports — of terrorism.

Most Israelis sublimate fear into cultural buoyancy and the energetic normalcy of daily life. But normal life is an unaffordable luxury for a group called the Mista’aravim, an undercover Israeli Defence Forces unit of fluently Arabic-speaking Israelis adept at West Bank infiltration, posing as Palestinian civilians to close in on and apprehend suspected terrorists. For these continuously wired-up commandos, counterterrorism is both a profession and an all-consuming passion.

In the action-thriller series Fauda (meaning “chaos,” from the same root as “intifada”), we see this unit at work in all its grittiness, intensity and sometimes shocking violence. The first two seasons, which chronicle the unit’s adventures in the West Bank hunting down and eliminating a terror mastermind, then his successor, can be seen on Netflix, which describes it as a “global phenomenon.” A third season will deal with operations in Gaza.

Although composed from an Israeli point of view, the series aims for objectivity and mostly succeeds. The harshness of life under occupation is made explicit, the Israeli operatives are flawed — sometimes rage trumps judgment, producing unnecessary collateral damage — while many of the Palestinian characters (on the whole more constrained by family honour and a morbid fascination with martyrdom than by Israeli domination) are portrayed as decent human beings trying to navigate life in a difficult situation imposed on them by external circumstances. Warriors and their families on both sides pay dearly for their missions in relationship breakdowns.

The complex Israeli protagonist, Doron Kabilio, a zealot with impossibly high aspirations and near-zero respect for constraining authority projects chronic torment over his professional and domestic shortcomings. Kabilio comes by his authenticity honestly, for the character is not only inspired by Fauda’s co-creator, former undercover agent Lior Raz, but played by Raz as well. Since the ability to act the part of the “other” was fundamental to Raz’s military role, it is no accident that he performs brilliantly in a role that can only be punished by bad reviews, not a bullet to the head.

But it is more than acting that makes Doron Kabilio spellbinding. Raz, of Iraqi and Algerian provenance, spoke Arabic at home (the first language of many Jews in the Maghreb), and is clearly at ease in the Palestinian milieu. In one Fauda episode, he observes that he sometimes feels “more real” in Nablus than in Israel.

Fauda’s significance extends far beyond its value as educational entertainment. What Raz and his co-creator, journalist Avi Issacharoff, a Middle East analyst in English, Hebrew and Arabic, have created in Fauda is a cross-cultural bridge that decades of international politicking, the Oslo Accords and the whole ever-elusive (and illusory) “peace process” could not bring about.

For Fauda is a sensation in the Arab-speaking world. Palestinians “love it,” the creators tell interviewers. According to Issacharoff, whose journalism takes him to Gaza and who has reliable informants amongst militants there, even Hamas loves it! (They don’t say that publicly, of course. According to Raz, they excoriate Fauda on their website, but then provide a link so Gazans can watch it.) Hamas officials told Issacharoff that because the series doesn’t soft-pedal episodic unnecessary Israeli aggression, they are amazed Israelis like Fauda.

Fauda’s 150-strong, mixed Arab-Israeli crew shot the West Bank scenes in the Israeli Arab town of Kfar Qasim. They happened to start filming during the 2014 conflict with Gaza (“Protective Edge”). Missiles rained down on the area, causing Raz and Issacharoff concern that unsustainable tensions might sabotage the project. But the town’s mayor committed to ensuring collaboration and stability. The townspeople, who benefited economically from the series, upheld the social contract, and filming proceeded in peace.

Raz speaks of the friendships he developed in Kfar Qasim with gratitude and a certain emotion. He told an interviewer that Palestinians and other Arabs email him to say that Fauda was their first experience in feeling compassion for Israelis. Conversely he hears from Israeli right-wingers who confess Fauda has for the first time made them feel compassion for Palestinians. Since Fauda debuted, many Israelis have started studying Arabic.

Anti-Zionists see the Israel-Palestinian conflict in Manichean terms: wicked white oppressors of innocent brown victims. They dislike Fauda because the series erases such artificial lines. In this series undercover Arabic-speaking Jews easily “become” Palestinian Arabs, and undercover Hebrew-speaking Palestinians “become” Jews. The average Westerner couldn’t tell most of them apart visually. Isaac and Ishmael. A common father. Fauda is a tale of brotherly enmity that paradoxically suggests a glimmer of hope for brotherly peace.

On May 14, Avi Issacharoff will be the guest speaker at CABGU Montreal’s “Main Event” in a discussion moderated by Barbara Kay. This article originally appeared in the National Post.