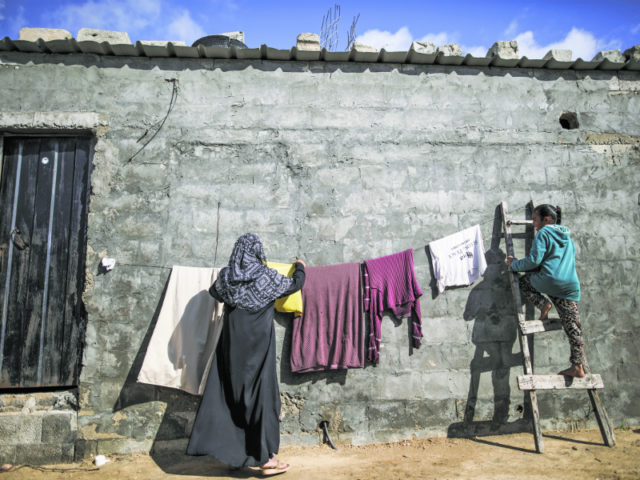 Kay: The growing tendency to blame Israel for all Palestinian ills

Last month, Israa Gharib, a 21-year-old makeup artist from Bethlehem, was allegedly murdered by her father and brother – described as an “honour killing” – for posting a video of herself with her fiancé on her Instagram page.

In response, U.S. congresswoman and Palestinian activist Rashida Tlaib quite rightly tweeted a denunciation of honour killings: “Israa’s death illustrates an ever-present toxic masculinity and control over women’s bodies and lives.” But she also attached a link to an article on a website called BabyFist that accuses Israel of partial culpability for the tragedy: “Israeli military occupation and a corrupt Palestinian Authority both hinder any legal, economic and social progress.”

The linkage is ludicrous and Tlaib was treated to a barrage of ridicule for implying any such association. Honour killings of girls and women who “shame” their families by exhibiting behaviours considered sexually immodest by their kinsmen have been an acknowledged feature of Arabic culture since well before modern Zionism was a gleam in Theodor Herzl’s eye, let alone Israel’s control over the West Bank.

But Tlaib’s instinct reflects a wider phenomenon: the tendency for influential anti-Zionists to shift the blame for any and all negative features of Palestinian life to Israel as a matter of course.

READ: KAY: ARE ARABS WORSE OFF IN ISRAEL? THE NUMBERS SAY NO

An article on an obscure website like BabyFist may be shrugged off because it has no mainstream credibility. But medical journals, considered the gold standard of political neutrality, have high credibility, and yet, when it comes to Israel, politicization can creep in. In 2010, for example, The Lancet published an article titled Association Between Exposure to Political Violence and Intimate-Partner Violence in the Occupied Palestinian Territory: A Cross-Sectional Study, in which Palestinian husbands were found to be more violent towards their wives as a function of the Israeli occupation.

Canadian scientific scholarship is generally widely respected and academically trustworthy. But as early as 2004, the Canadian Journal of Psychiatry
published an article, Prevalence of Psychological Morbidity in West Bank Palestinian Children, whose thrust was to blame the Israeli occupation for the psychological problems of Palestinian children. The methodology was scandalously unscientific. Any objective study would have sought to compare data about the suffering of Israeli children under constant threat of (and actual) terrorism. No attempt was made to obscure the partisanship governing the focus. Worse, from a scientific point of view, not a single one of the authors was academically accredited in psychology or psychiatry. It took months before a letter of rebuttal was accepted for publication. By then, the damage was done.

To end on a positive note, The Lancet did come to regret its former bias (and has said so in recent apologetic articles), in large part as a result of more than 4,000 clinical and basic medical scientists and health professionals withdrawing previously strong support for it and other journals publishing under the same aegis until their unfair bias against Israel was repaired.

Foremost amongst those protesting voices was the wonderful organization Doctors Against Racism and Anti-Semitism (DARA), on whose board I am proud to sit as an honorary member. Recently, DARA was approached by CAMERA (the Committee for Accuracy in Middle East Reporting in America) to collaborate by addressing medical issues misrepresented in medical journalism. All honour to both DARA and CAMERA.