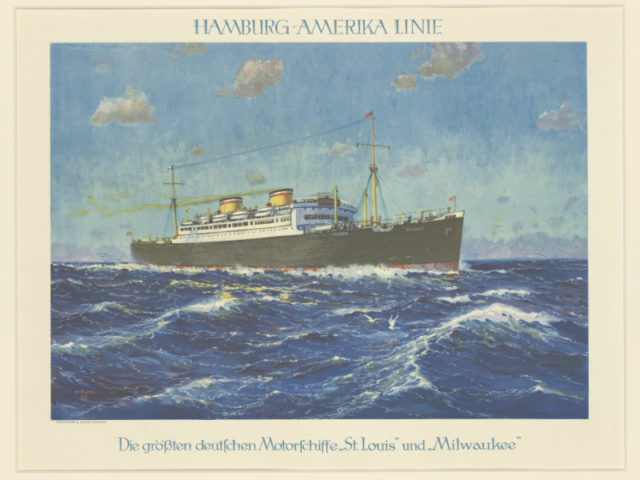 Kay: The politics of saying sorry

In 1939, the MS St. Louis departed Germany with 907 Jewish passengers, who were seeking haven from Nazi persecution. Cuba and the U.S. turned them away. Canada was their last hope. Yet Canada’s “none is too many” sentiment governing Jewish immigration prevailed and the refugees were forced to return to Europe, where about half were received by Allied countries and the others ended up in Germany, where 254 of them were killed.

On Nov. 7, Prime Minister Justin Trudeau will issue a formal apology in the House of Commons for Canada’s role in this tragedy. I oppose this gesture.

Formal apologies from governments for systemic, extended harm inflicted on an identifiable group of civilian nationals sometimes have the power to heal a society’s open wounds. But the St. Louis incident was not an “extended harm,” the Jews aboard the St. Louis were not “national” victims nor is this episode an “open wound” for most Canadians.

READ: KAY: THE SCORPION IN THE JEWISH WORLD’S FIRE

Consider victim groups who have received formal apologies from governments: Jews for the Holocaust, South African blacks for apartheid and First Nations for the residential schools. All of these periods of darkness for the affected groups are considered by enlightened people today as, well, “unforgivable.” Paradoxically, it is the unforgivable crimes for which formal apologies are the most necessary.

What makes them unforgivable is that they were carried out as well-considered policies that were agreed upon by the people’s elected representatives – politicians who typically considered themselves upright guardians of their nations’ best interests – and with broad support from the general population, according to the biases that were prevalent at the time.

You may have noticed a glaring omission in the short list above: slavery. The United States has never made a formal apology to African-Americans for that longstanding and existentially serious injustice. Former British prime minister Tony Blair apologized for Britain’s role in trans-Atlantic slavery, so why hasn’t the U.S., given that its sins were much graver?

The answer is that while some apologies only require symbolic reparations – Prime Minister Brian Mulroney’s apology to the Chinese community for the 1885-1923 head tax levied on Chinese immigrants to discourage them from coming here included a nugatory dollar amount for the 30 descendants who were alive at the time – egregious injustices must include reparations that make a material difference in the lives of the victims, or their descendants, many of whom perceive themselves as still negatively affected by the past injustice.

Germany’s reparations to actual Jewish Holocaust victims have amounted over six decades to $89 billion. Imagine the staggering figures involved in a reparations scheme payable to all American blacks, even those not descended from slaves, which is what many activists demand. A 2002 Gallup poll found mixed support for reparations amongst African-Americans, but 90 per cent of whites opposed the idea. Forging ahead with reparations might create social and cultural disruption that could spiral completely out of control.

The fact is that government apologies are always politically, not emotionally, motivated. And they are never undertaken spontaneously. In 1999, Alberta Premier Ralph Klein apologized for the province’s forced sterilization of “mental defectives” between 1928 and 1970. Compensation amounted to $142 million. Notably, the government only acted after being successfully sued in a class-action lawsuit.

The St. Louis was a finite incident, the result of a systemic bias against Jews, but the policy did not include an intention to kill Jews, nor were Jews in Canada the victims of officially sanctioned persecution or discrimination under the law.

The rejection was a refusal of political leaders in three countries to do the right thing, which is not nearly the same as intentionally doing an evil thing (and it raises the question of why Canada alone is apologizing, rather than doing so in tandem with Cuba and the U.S.).

Canada did not kill the St. Louis Jews; Germany did. And thanks to Israel, no Jewish refugee will ever lack a safe harbour in the future. It’s history. Let’s remember it. But no formal apology is necessary.