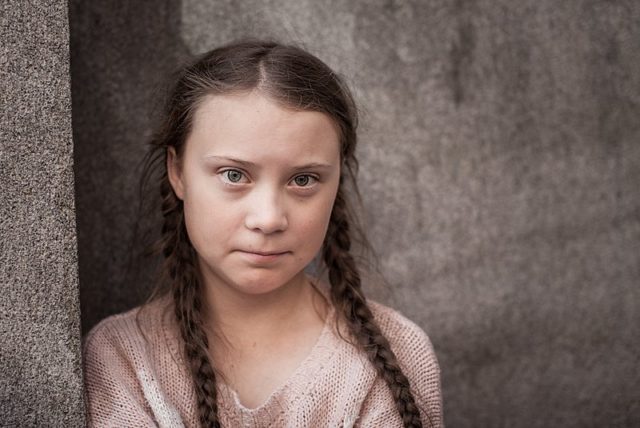 Last December, a Swedish church anointed Thunberg a “successor” to Jesus Christ. And on a recent climate march in Montreal, one supporter carried a sign likening Thunberg to Joan of Arc (perhaps he was unaware of Joan’s fate).

Thunberg is a compelling figure. Tiny in stature, but fierce of mien, her singleminded and passionately held convictions speak to multitudes, who seem to find her message – “I don’t want you to be hopeful; I want you to panic; I want you to feel the fear I feel every day” – inspirational.

I am not one of Thunberg’s fans. I believe encouraging collective apocalyptic ecstasy is unwholesome and counter-productive. Furthermore, I do not see a prophet or saint in Thunberg, but a mentally fragile child in the grip of an obsession whose complexity she is not equipped to pontificate on with authority, being exploited by adults with an extremist political agenda.

My cynicism is fuelled by recollections of similar doomsday environmental rodomontades designed to scare us into compliance with draconian “solutions” for predicted eco-disasters that never materialized or were managed through human ingenuity. The Competitive Enterprise Institute has published an article titled, Wrong Again: 50 years of failed eco-pocalyptic predictions. I recommend it to anyone who feels a Thunbergian fever coming on.

Scrolling through the list, one sees one name appear over and over: that of now-aged Stanford University biologist and superannuated eco-prophet Paul Ehrlich. His dire predictions peppered the culture for decades.

Most famously, he predicted that overpopulation would cause mass starvation, and unless we were lucky (this was 1969), “everybody (would) disappear in a blue steam in 20 years.” He warned that sterilization via drinking water additives might be necessary, unless we all died from the coming ice age, when the demand for electricity would boil dry the entire network of rivers and streams in the United States.

Ehrlich should have become a figure of mockery. Weirdly – such is the stubbornness of faithful Gaia worshippers – none of his enormous gaffes dented his high stature and he continued to make big bucks jetting around the world to keynote conferences. This is how I came to meet him.

READ: KAY: THE GROWING TENDENCY TO BLAME ISRAEL FOR ALL PALESTINIAN ILLS

In 2012, I was privileged to join a media mission to the Negev sponsored by Ben Gurion University (BGU), which afforded me an opportunity to attend the fourth annual Drylands, Deserts & Desertification conference on BGU’s campus. Ehrlich made a featured address to the packed auditorium of representatives from a plethora of countries that were dealing with issues arising from arid or semi-arid conditions.

During his 45-minute rant, the theme of which was “the world is coming to an end,” he excoriated both Americans and Israelis (but not those living in other countries), for their habit of reproducing. The U.S., he said, is “the most overpopulated country in the world.” (China? India? No mention.) He said Israel was “like a third-rate country” for its “unethical” average of 3.3 children per family (3.11 as of 2016). “It should be half that rate,” he fulminated.

Ehrlich’s chutzpah and insensitivity floored me. Here he was lecturing a nonpareil tree-planting nation founded on the ashes of six million Jews. The 2012 world Jewish population had not yet drawn level with its pre-Holocaust peak of 16.6 million.

As I later put it to Ehrlich in a press conference, is it really “unethical” for Jews of all people to make a comeback from the abyss in this literal statement of faith in the future? Is the Israelis’ reproduction rate (not just the ultra-Orthodox, as many people believe, but secular Jews, as well) not a fact all Jews should take comfort and pride in?

No answer. An eco-obsessive, Ehrlich’s heart was wrapped up in “the population,” not “my people,” and “the planet,” not “my homeland.”