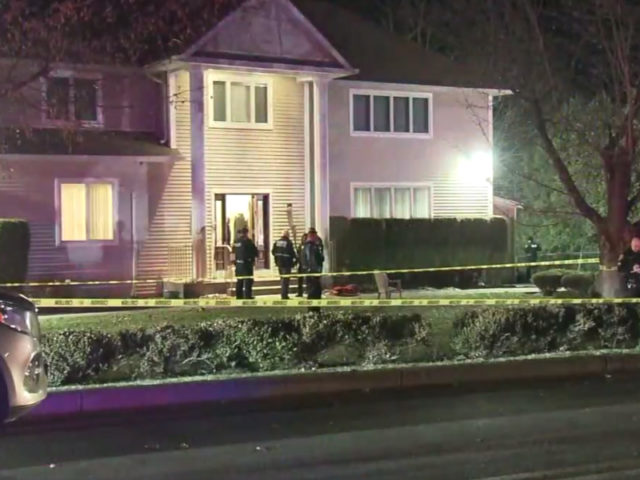 Kay: The real sources of Jew-hatred in America

On Dec. 30, the Toronto Star published a strange op-ed by CJN columnist Bernie Farber, titled Once Again, Jews Are Being Hunted. It concludes that, “By refusing to call out hatred, no matter its source, we ensure its continuation and its devastating effects.” It’s a fine sentiment, yet half the piece ignores the source of the present pogrom-like conditions in  New York and New Jersey, while the other alleges a source of anti-Semitism that doesn’t exist.

The events Farber begins with – the Jersey City supermarket murders, the Monsey, N.Y., Hanukkah stabbings, the random attacks on individual Jews in the streets of Brooklyn accompanied by vile slurs (“You f—ing Jew; your end is coming to you”) – are part of an epidemic. To stop an epidemic, one studies its epidemiology. If the virus is infecting a particular demographic, that’s important for the treatment plan. In this case, the demographic is overwhelmingly a rage-fuelled subsection of the area’s African-American population. Farber elides that critical fact.

I understand it’s a delicate subject for progressives, but as the chair of the Canadian Anti-Hate Network (CAHN), whose mandate is to research and disseminate information on hate crimes, it is especially incumbent on Farber to demonstrate even-handedness and transparency in his public commentary.

But it’s clear in this op-ed, and his other writings, that hate crimes perpetrated by whites against Jews are Farber’s preferred spurs to outrage. And he’s not alone: amongst progressive pundits, it’s something of a fetish to steer the conversation away from targeted hatred emanating from visible minorities, in order to focus on hatred against visible minorities perpetrated by whites on the far right.

READ: KAY: ANTI-SEMITISM IS BACK IN BERLIN

Farber’s Star op-ed is a perfect illustration of that reflex. Halfway through, he segues abruptly to suggest that Jew-hatred was “kept in check” until U.S. President Donald Trump’s election in 2016, strongly implying both that Trump is himself anti-Semitic and that he is responsible for the upsurge in anti-Semitism. (In fact, an ADL investigation of 360 New York-area anti-Semitic incidents revealed no links whatsoever to Trump, or to any alt-right influences).

Farber describes Trump as a “racist narcissist” who embraces “some of the worst anti-Semitic tropes.” As evidence that Trump has “jumped the anti-Semitic shark,” Farber cites Trump’s well-received Dec. 8 talk to the Israel American Council, in which Trump “played the anti-Semitic canard of Jews and their money,” saying “a lot of you are in the real estate business because I know you very well. You’re brutal killers, not nice people at all.”

But Farber omits the celebratory context that demolishes his allegation. Trump was jovially recalling the purchase of property for the American Embassy in Jerusalem. The mood was festive. In the transcript, it’s clear that his purportedly “anti-Semitic” remarks are punctuated by “(laughter)” and “(applause).” Trump was kibitzing, and his Jewish audience loved it. (What politician would be crazy enough to publicly call his supporters “brutal killers” in earnest?)

Conversely, Farber has less to say about the well-documented anti-Semitism routinely displayed by influential Nation of Islam leader Louis Farrakhan, who, in 2018, tweeted, “I’m not an anti-Semite. I’m anti-Termite” – and he wasn’t kidding. Yet Farber warns us that “if Trump believes these ugly things about Jews (i.e., you Jews are as good as I am in real estate – in fact, a compliment), then something must be done.”

Farber’s op-ed is unbalanced and arguably libellous against President Trump. But it is all the more troubling for what it implies about CAHN’s guiding conventions. If CAHN’s spokesman will only publicly condemn white anti-Semitism and allege anti-Semitism where no evidence of it exists, based solely on political bias, CAHN is unworthy of the public’s confidence.