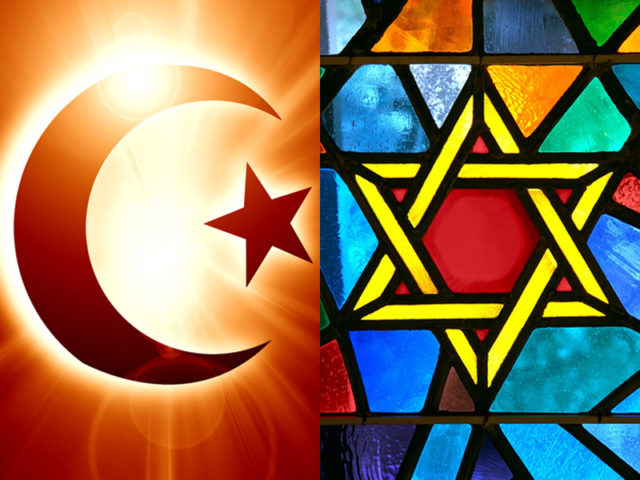 Kay: The unmentioned hotbeds of anti-Semitism

One of my niche subjects is the epidemiology of dog bite-related injuries and deaths according to canine breed.

Epidemiology, which Wikipedia defines as “the study and analysis of the distribution and determinants of health and disease conditions in defined populations,” is a beautifully incorruptible science because it is entirely data-driven. I have learned from my sojourn down the rabbit hole of the pit bull advocacy movement, however, that when hard evidence conflicts with the emotional “truths” of a critical mass of people – in this case, the belief that no dog breed is inherently higher risk than any other – the data will be ignored.

Take, as a human example, the rising tide of anti-Semitism in Europe and, increasingly, here. The data is there, but the conclusions it points to conflicts with the emotional “truth” of a philosophy called multiculturalism, which stipulates that all cultures are equal in value and that diversity of culture is an ineluctable good for any society. It is considered phobic to suggest that certain negative tendencies are inherent in any given culture.

So when the data on hate crimes starts pointing in a certain direction, the official reaction has been to play down, or prohibit mentioning, the identifying features of those who are primarily responsible for driving up the statistics. Politicians have been particularly loath to ascribe anti-Jewish sentiment to any identifiable groups.

In a startling reversal of that trend, a 40-page report has been published by the German Agency for Domestic Security, titled Antisemitism in Islamism. This is the first time that a European intelligence agency has ever reported specifically on Muslim anti-Semitism. For those who don’t want to wade through the document, the inestimable Manfred Gerstenfeld, a leading expert on anti-Semitism who’s affiliated with the Jerusalem Center for Public Affairs, has written a succinct summary and analysis of it for besacenter.org.

The document states that in Germany, for obvious historical reasons, it was long believed that anti-Semitism was a disease that only affected the extreme right. Now it is clear that anti-Semitism can be found throughout German society in general, including the left. Islamism, though, has had the most far-reaching effects.

While many Muslims are not anti-Semitic, the virus is not limited to those Muslims who are fundamentalist, or who have been radicalized. In defining Islamism, the report states that anti-Semitism is “one of its essential ideological elements.” Gerstenfeld writes: “Religious, territorial and political motives combine into an anti-Semitic worldview. All Islamist groups have as a central pillar the concept of Judaism as the enemy.”

Over a million Muslims arrived in Germany between 2014 and 2017. German awareness was galvanized when a video of Muslims burning an Israeli flag in Berlin went viral, as it reminded the German people of the 1933 Nazi book burnings. German President Frank-Walter Steinmeier responded that German responsibility for its history knew “no limits for those who were born later, and no exceptions for immigrants.”

The report cites data, which indicates that children in the Middle Eastern and North African countries from which this population came were raised on a steady diet of anti-Semitic propaganda. (To show just how taboo such truth-telling normally is in Europe, it is useful to recall that Georges Bensoussan, one of the world’s leading experts on Jews in Arab lands, was criminally charged by French authorities with hate speech in 2017, for citing an Algerian sociologist’s statement that, “In Arab families in France and beyond, everybody knows, but will not say, that anti-Semitism is transmitted with mother’s milk.”)

We have long known – from the excellent work done by Palestinian Media Watch, the Middle East Media Research Institute and other observers of Islamic culture – that anti-Semitism is endemic to the Arab world and a large swath of other regions that are dominated by Islam. But we’ve been taught that it is racist to acknowledge this truth.

Epidemiology, however, is blind to race and religion. Public policy must follow the facts, wherever they lead.