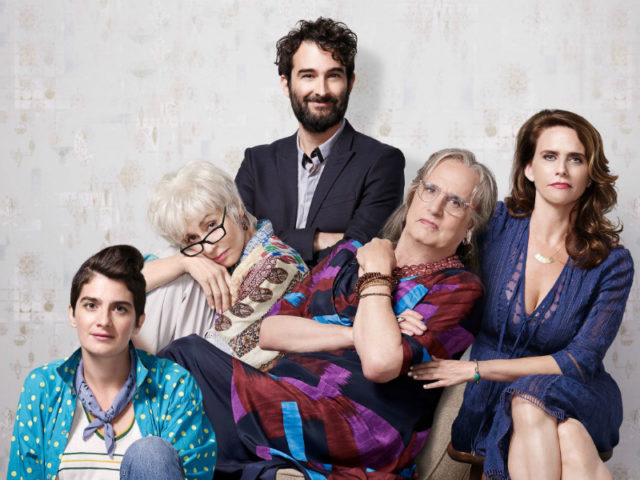 A recent CJN cover story mourned the passing of Jewish TV’s “Golden Age” (“The end of the Golden Age of Jewish TV,” May 30). I’ve watched three of the series singled out for special praise: The Marvelous Mrs. Maisel, Girls and Transparent.

Mrs. Maisel’s tone is Jewishly sunny. It’s faithful to the buoyantly optimistic worldview of 1950s Jews who were in the process of “making it” in America, while still finding enjoyment in social tribalism. Girls’ tone is Jewishly cloudy. This series is a disturbingly frank illumination of feminism’s failure to deliver on its glittering promises to women who staked everything on this anti-traditional ideology. The Jewish content is confined to the characters’ mordantly Woody-Allenesque self-interrogation.

Transparent is Jewishly dark. The series features the journey of transgender protagonist Mort Pfefferman, who transitions to Maura, and the domino effect this momentous change has on the character’s family. Its “non-binary” creator, Jill Soloway, told an interviewer that, “I want it to be really, really Jewy. (I intend to) write Jewish, cast Jewish, act Jewish, fall apart Jewish, make mistakes Jewish, cry Jewish.”

READ: TRANSPARENT’S HATEFUL CHARACTERS ARE HARD NOT TO LOVE

Soloway’s characters do fall apart, make mistakes and cry, not because they are Jews, but because of anguish arising from current LGBTQ crises, or past sexual trauma. Every member of the Pfefferman family – Mort/Maura, ex-wife Shelley and children Sarah, Josh and Ali – is consumed by curiosity, cravings or compulsions related to sex and gender. In every Pfefferman, impulses beget actions that tend to inflict pain on others. Jewish history, values and rituals are exploited as plot devices, but in such a cavalier, often bewildering fashion that they insult the reader’s intelligence.

A few examples include:

• In a flashback, Ali is 13 and poised for her bat mitzvah. This suggests a certain commitment to Jewish life. But the bat mitzvah is cancelled so Mort can attend a cross-dressing weekend camp. Shelley disappears, too. Ali is, unthinkably, left alone on her bat mitzvah day. She chants her haftarah to a catering staffer. No adult remorse is expressed.

• Pesach is imminent. But the Pfeffermans no longer have family seders (an aunt used to host them; when she stopped, the seders ended). Shelley notes that the family dining table is “too small” for seders. Yet strangely, when Maura is being fêted for her social transition to a full-time female, the same table is large enough for a celebratory family brunch (this irony goes unaddressed).

• Maura and (adult) Ali attend what they think is a trans-inclusive feminist women’s camp weekend. It is in fact a retreat exclusively for biological women. While settling in al fresco, Ali nonchalantly undresses, baring her breasts to her father’s gaze. (I admit to being Jewishly shocked by this particular act of sexual immodesty);

• To emphasize Maura’s standing as a gender-identity martyr, Soloway intersperses scenes where Maura is made to feel socially uncomfortable as a trans woman, with flashbacks to the brutal, sometimes lethal, treatment of LGBTQ Jews in Nazi Germany, a disrespectful equivalence that is frequently invoked throughout the series.

Ironically, the only whole-heartedly Jewish character in Transparent – as well as the only genuinely mature altruist – is the vulnerable Rabbi Rachel, who’s wooed and won by Josh. Their relationship seems more than the sum of its parts, a battle for Jewish America’s soul. It turns out that Josh’s flight from commitment is stronger than her love. Under the stress of humiliation, Rachel’s pregnancy ends in a miscarriage, a poignant symbol (surely unintentional) of dashed hope for Jewish continuity in America.

Gender dysphoria is a real and growing social concern; one that’s obviously worthy of exploration in art. Gender dysphoria also demands – like every other condition that is part and parcel of the human estate – a deeply considered and thoughtful Jewish response. But you will not find it in Transparent’s Jewy characters.

“Jewy” is, by the way, a charged word that indicates ambivalence. Like the series itself, it will needle some Jews as it winks to others.