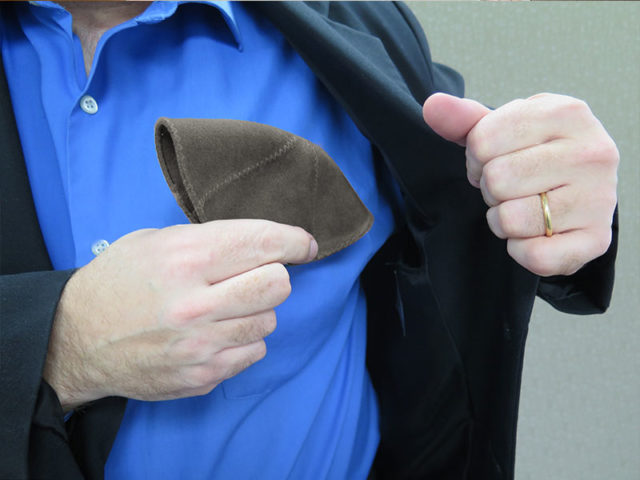 Kay: Why Jews should support Bill 21

Like it or not, Quebec is a “distinct society.”

Anglophones and immigrants didn’t like it much in 1977 when Bill 101 came into effect (necessitating the use of the notwithstanding clause, since it abrogated English-Canadians’ language rights). Robert Libman, then a leading anglophone-rights advocate, said that Bill 101 “clearly established the fact that we were now second-class citizens.”

Legally speaking, he was right. But the majority of Quebecers wanted Montreal, whose emerging immigrant population favoured English, to show a robustly French face to the world. They willingly accepted social turmoil and a significant Anglo exodus as the price of cultural reinforcement. At the time, many emotionally charged critics vituperated against Bill 101, some even calling it a form of “ethnic cleansing.”

Four decades later: the anglophones who stayed are completely adjusted to the new normal; their children became fluently bilingual; immigrants learn French by default (and English however they can); the law undercut separatism’s only effective argument; we all get along very well; and Quebec remains a democracy.

As an authority figure, Hampstead, Que., Mayor William Steinberg should have taken the long view on Bill 21, the law that will ban visible religious symbols in many public-service jobs. Instead, he publicly stated that it is a form of “ethnic cleansing,” an attempt “to remove those who practice minority religions, leaving only non-believers and Christians in Quebec.” These incendiary comments were not only misleading, they were profoundly insulting to the majority of Quebecers who support Bill 21.

Nobody is being removed, the law will only affect new hires and Christians are subject to the same constraints as other religious groups. If the government wanted to drive minorities out, it would have banned religious symbols throughout the private sector, too. In European democracies, bans on face coverings and religious symbols in schools and government are commonplace. Moreover, such bans have been tested in the European Court of Human Rights, which adjudged them as reasonable for the “protection of the rights and freedoms of others.”

Steinberg did the Jewish community no favours in responding with such disproportionate alarmism and with such an ill-considered interpretation of the law’s motivation. It is neither racist nor irrational to ask that public servants reflect the guiding vision of the society they serve, and in this case, the vision is one of laicité – secularism – and integration into a common culture. Secularism posits that when citizens conduct state-sponsored transactions with each other, they meet and greet each other purely as fellow citizens, not as theological or ideological icons. There’s nothing nefarious in this vision.

Multiculturalism has been the prevailing ideology in the Rest of Canada for decades, and most Quebec anglophones identify with it as a matter of course. Many English-Canadians complacently accept Prime Minister Justin Trudeau’s futuristic characterization of Canada as “post-national.” Quebec’s identity is more territorial and historical. Far from sympathizing with the borderless one-worldism of the multiculturalists, Quebecers have a dramatically particularistic sense of who they are.

As Jews, we should be sympathetic to Quebec’s pride in its 400-year-old ethnohistory and its unique traditions. The Québécois are a real ethnicity, like the Jews, with a distinct language and roots in a distinct religion. Bill 101 was a response to language-erosion fears. Bill 21 is the outcome of cultural-erosion fears.

In forming their political opinions, anglophones focus on what is happening in North America. Francophone Quebecers tend to look to France and Europe. They are not sanguine about the silo effect of mass immigration from Islam-dominated countries, and Europeans’ sense of living under cultural siege.

Quebecers have no intention of becoming “post-nationalist.” I don’t call their melting-pot ideal racism; I call it tough love. I therefore support Bill 21.