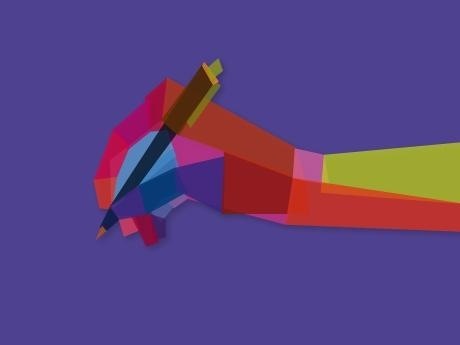 In her 28 October Maclean’s column, Emma Teitel tackles gendered perceptions of suffering. She believes the public is kinder to men who are afflicted with the demons of depression or bipolar disease than women.

Her two cases in point are comedian Robin Williams, who recently took his own life, and Amanda Bynes, an actress who struggles with what may be schizophrenia (she hears voices). Williams, Teitel notes, received tremendous public good will when revelations of his lifelong depression emerged, while Bynes is often the butt of contemptuous response to her inappropriate remarks and actions (racism, public false allegations of sexual abuse against her father, afterward recanted).

Teitel’s apples-oranges comparison makes no sense. There is no logical indicator pointing to gender as a causal link to the disparity in public reactions. But there are other obvious facts that better explain why the public accorded Williams more sympathy than they do to Bynes. Williams is dead; Bynes is alive. Williams suffered in stoic silence, protecting those he loved from public displays that could be hurtful to them; Bynes has offended minorities and caused an innocent family member horrible humiliation and pain.

It is perfectly natural for people to react to hurtful actions judgmentally, and only on reflection consider the root cause of the harm. In any case, the two situations are so dissimilar they are not worthy of being conjoined under the gender rubric, and never would be in any reasonable person’s mind.

I was particularly struck by Teitel’s approving citation of the opinion of a bipolar mental-health activist, who describes the public’s lack of sympathy for Bynes as “sexist”: “I think it’s rooted in a tradition of writing women off as hysteric and giving a little more validity to men’s suffering.”

Given my own years of engagement with the issue of gendered perceptions of suffering, I have to say that this is – in the blackest sense of the word – one of the funniest statements I have ever read. Only an ideologue or someone deeply ignorant of our culture’s attitudes to suffering could take seriously such an absurd notion at face value. Since Teitel is both, I suppose I should not have found her complacent acceptance of the activist’s opinion surprising.

The reality is that our culture regards women’s suffering with far greater compassion and sensitivity than it does men’s suffering – when it actually bestirs itself to consider men’s suffering at all. It is telling that Teitel’s sympathy flows for the mentally fragile Amanda Bynes, but that she does not linger or even consider (in print anyway) the anguish of Bynes’s father at being publicly shamed for a moral crime he did not commit, but whose stain on his honour will follow him to the grave.

Robin Williams’s suicide was big news because he was a mega-star. But in general, the alarming rates of male suicides go entirely unremarked-upon in the media. For every 100 females, ages 20-24, who commit suicide, 624 males do so. During separation proceedings, for example, especially where custody is at issue, the suicide rate for men triples while the suicide rate for women remains flat. This speaks to the well-acknowledged bias toward mothers in family court, a domain heavily dominated by feminist theories and discourse. Men are often cut out of their children’s lives with abrupt and insensitive alacrity. Their anguish at this forced separation flies entirely outside the radar of most commentators. Knowing their culture cares very little for male suffering adds to men’s psychological sense of isolation.

About the only time male suffering is given its full due is when men fall in battle or policing or – as recently demonstrated – in the front line of terrorist attacks. Then the media is all over them and their families, suffering right alongside. But that is the exception to the general rule. The discrepancy between these occasions and the usual indifference to male suffering is shocking, to anyone with the eyes to see it. But Teitel has no (figurative) eyes to see male suffering.

This column points to a more serious and systemic problem with Teitel’s journalism than mere ideology. Teitel is intellectually incurious – in fact it’s worse, she is occasionally curious, but she is intellectually lazy. Research is, to put it mildly, not her strong suit. As she once said in an interview, she writes about what she is: “gay, young, female and Jewish.” And: “Generally, she loves topics that make her angry and require no statistics (my emphasis).”

Trouble is, to write intelligently and with authority on just about any cultural issue under the sun, good pundits need more than indignation and anecdotal material from their own narrow experience. They need to do actual research, continually to expand their objective horizons, or their work will begin and end in self-reflection. Intellectual self-satisfaction in youth augurs poorly for professional growth. A smugness, a sense that her own meager trove of received wisdom suffices, that she need not challenge herself with further study in order to justify her privileged podium, colours Teitel’s entire oeuvre to date.

For example, last March Teitel pitched hook-up culture for teenagers as a harmless social norm, with no psychological downside for women. As her only authoritative support, she cited the famous anthropologist Margaret Mead’s game-changing 1925 book, Coming of Age in Samoa, in which Mead claimed that casual sex amongst teenagers in Samoa was a healthy and happy cultural convention.

1925? Teitel must have been consulting her old Women’s Studies notes on this issue, for only rigid ideologues still consider Mead credible on the subject of teenage sex. The most cursory of Google searches would have revealed that Mead’s thesis rested on – at best – unreliable, and more likely completely erroneous, information. Mead’s noble-savage portrait was a hoax (publicly admitted years later), perpetrated by Mead’s subjects, because the natives could see that was what she wanted to hear. Samoan children were in fact raised with the same sexual taboos and strict separation of the sexes in adolescence as in most other cultures. Their revelations rocked the whole discipline of anthropology.

Shooting from the hip, and carelessly expending the least possible effort in building an argument, which is Teitel’s standard modus operandi, can make for superficially peppy prose. But all too often, as in her Samoa piece, her hot-air filled columns collapse to limp shreds of empty platitudes with the merest prick of even one actual evidence-based fact. Teitel is not without writing competence and basic intelligence. But both seem to be deliberately under-utilized in a highly-coveted position most young writers would kill for – or at least work their butts off for. Sadly, Teitel’s languid spirit of inquiry and jejune columns stand in awkward contrast to the mature journalism so amply on display in shamingly close proximity to her own.