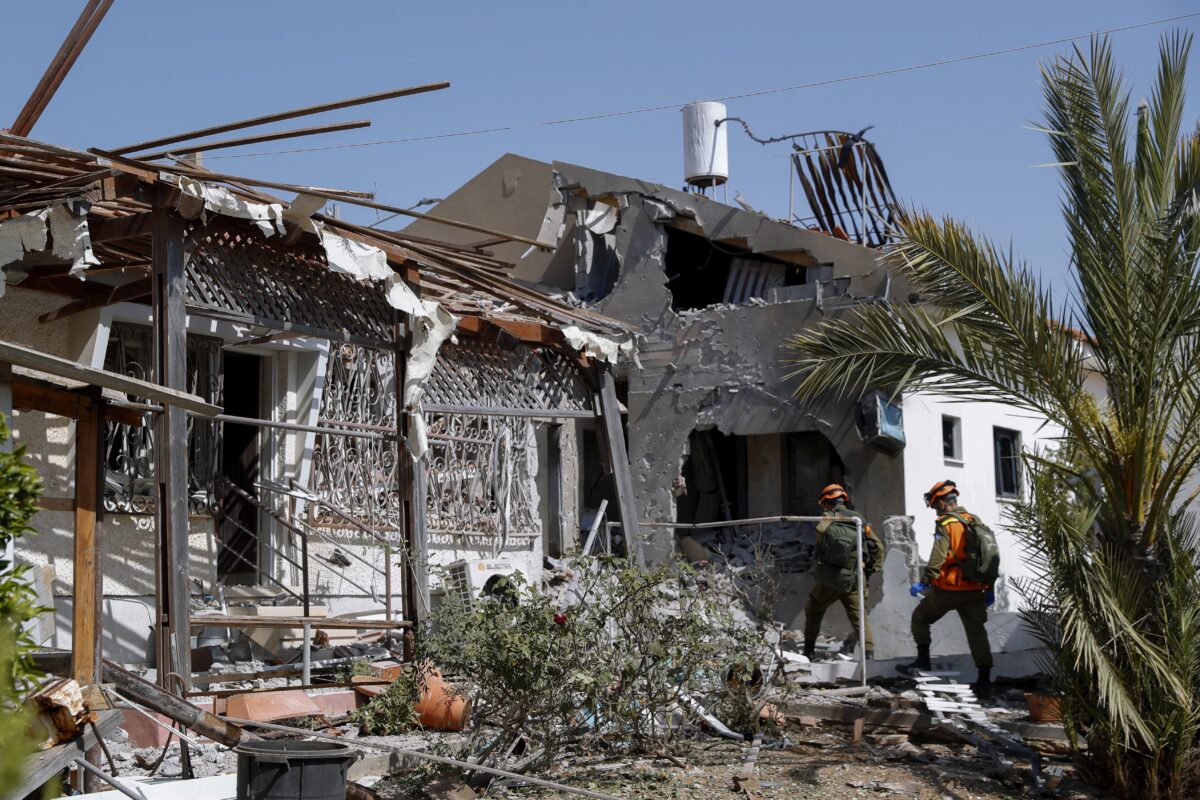 Media Bias Against Israel Is Entrenched and Runs Deep

Here is a joke I told some high school students years ago—teenagers can be a tough crowd—to show how easily media bias can manufacture or manipulate public sympathy.

The kids laughed, and I had their attention. I followed up with a real story demonstrating that the joke was only a slight exaggeration of reality. Shortly before my talk, a terrorist had driven his car into a crowd at a light-rail station in Jerusalem, killing a three-month old baby and a woman before fleeing. The police pursued and eventually killed him. “Israeli police shoot man in East Jerusalem,” AP reported. The headline was later changed to “Car slams into east Jerusalem train station.” Only after social media protests forced AP’s hand did a responsible headline emerge: “Palestinian kills baby at Jerusalem station.”

On Aug 15, the Toronto Star re-published a July AP report on the plight of Gazan children, stories arising mainly from the recent conflict between Hamas and Israel. The distressing accounts—a terrified child pulled bleeding and bruised from the rubble of a bombed building, others traumatized by deaths of family members and friends, severe PTSD, with accompanying photos of sorrowful children with haunted expressions—are deeply affecting.

But as the media-monitoring group HonestReporting Canada pointed out in a published critique of the piece, there was no nuance whatsoever in the 3,000-plus-word article, no “relevant context” that would serve to educate Canadians on the complexity of the Arab-Israel conflict. The obvious conclusion to draw from the AP piece was that Hamas had no responsibility in these tragedies, and that Israel is heartless and immoral.

Nobody has done more to expose media bias against Israel—with an emphasis on AP, for whom he worked from 2006-2011—than American-Israeli journalist Matti Friedman. In 2014, following the Gaza-Israel conflict known as Operation Protective Edge, Friedman wrote a feature article for The Atlantic titled “What the Media Gets wrong About Israel,” and another long article on the same subject for Tablet Magazine titled “An Insider’s Guide to the Most Important Story on Earth.” His basic thesis is that no matter what the actual story is where Israel is concerned, “most reporters in Gaza believe their job is to document violence directed by Israel at Palestinian civilians. That is the essence of the Israel story.”

Friedman’s personal observations from his tenure at AP are revealing. During that time, there were 40 staffers covering Israel and the Palestinian territories—more than in China, Russia, India, the “Arab Spring” countries, and all 50 sub-Saharan African countries combined. In all of 2013, the Israeli-Palestinian conflict claimed 42 lives (about the monthly homicide rate in Chicago; Jerusalem had fewer violent deaths in 2013 than Portland, Oregon). Exactly one stringer covered Syria before the Syrian civil war began, even though 190,000 lives had been lost in Syrian violence in the previous three years, more than in Israel-Arab conflicts over the last century.

Friedman says AP staffers in Israel quickly learned the publishing rules. Corruption in the Palestinian Authority? The bureau chief told Friedman that was “not the story.” And yet Israeli corruption was covered thoroughly. From Nov. 8 to Dec. 16, 2011, Friedman notes, there were 27 stories on the “moral failings of Israeli society,” an average of one every two days. This seven-week tally was higher than AP’s total number of significantly critical stories about Palestinian society—including Hamas—for the preceding three years.

As Friedman observed in his 2015 keynote address, titled “The ideological roots of media bias against Israel,” at the Britain Israel Communications and Research Centre’s annual dinner in London: “Jewish hatred of Arabs is a story. Arab hatred of Jews is not. … 100 houses in a West Bank settlement are a story. 100 rockets smuggled into Gaza are not.” A 2009 peace proposal from the Israeli prime minister to the Palestinian president was not permitted to be reported at all, he said.

Hamas censors what onsite reporters can write and photograph. They obey because they are justifiably scared of reprisals if they flout Hamas’s warnings. Friedman admits that as an editor for AP, he “personally erased a key detail—that Hamas fighters were dressed as civilians and were being counted as civilians in the death toll”—because of a threat to a reporter. Indeed, information from the Arab side is so unreliable that Palestinians prefer intel from Israel, Friedman says. A reporter for Israeli newspaper Haaretz once detailed a planned coup by Hamas on Fatah leader Mahmoud Abbas that was discovered by Shin Bet, Israel’s internal security service, and passed on to Abbas. When Abbas was scolded by Hamas leader Khaled Meshal for accepting Israeli information, he replied, “I believe Israel’s reports.”

The jihadist Hamas Charter, which calls for Israel’s destruction and rejects any possibility of peaceful coexistence with Jews, was never mentioned in print in all the time Friedman worked for AP. One can understand why. Its Caliphate dreams are no different from the Taliban’s.

The children in the AP story are innocent, but the Hamas adults who set those traumatizing events in motion are anything but. The Greek philosopher Aristotle established the essential principles of persuasion long ago: ethos, logos, and pathos. Ethos is about establishing your authority to speak on a subject, logos is the logical argument and evidence you adduce to make your point, and pathos is a human-interest example of your thesis that is meant to engage the reader’s emotions. All three elements will be present in trustworthy reportage.

The Toronto Star republished an AP feature that lacked both ethos and logos. It is all pathos, a cynical exploitation of children’s suffering to wring sympathy for Hamas as the oppressed victim and hatred for Israel as the oppressor from reader’s hearts and minds. Such bias demonstrates the Toronto Star’s complicity in this brazen real-life manifestation of the joke about the Israeli, the pit bull, and the child.

Barbara Kay Barbara Kay has been a weekly columnist for the National Post since 2003, and also writes for other publications including ThePostMillennial.com, Canadian Jewish News, Quillette, and The Dorchester Review. She is the author of three books. TOP NEWSCongressMcCarthy Urges Pelosi to Call Emergency Session For Action on Afghanistan0CongressShould the Draft be Abolished or Expanded to Women? Congress Mulls Dueling Proposals0Regional NewsNew Orleans Officials Warn Against Would-Be Looters, Tell Evacuees Not to Return After Ida0Vaccines & SafetyJapan Suspends Another 1 Million Moderna Doses Over Contamination Concerns0Regional NewsHurricane Ida Death Toll Will Go Up ‘Considerably’: Louisiana Governor0AfghanistanPentagon Confirms ‘Particularly Dangerous Time’ Ahead for Afghanistan Withdrawal0