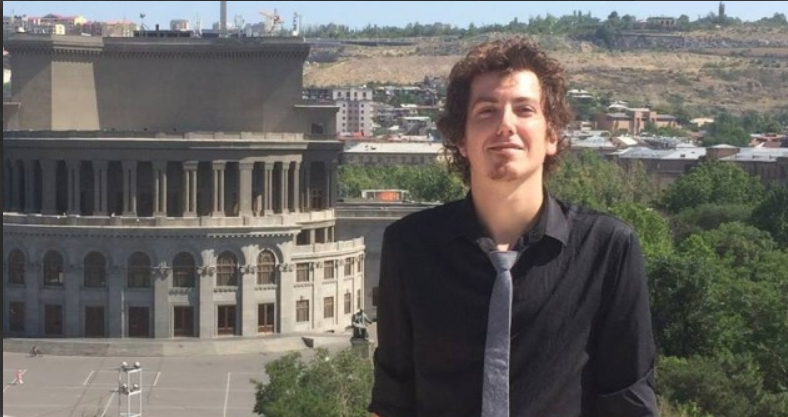 One brave young man takes on gender inequality at USC

Misandry—the hatred of men—has been a staple of my polemical writing for more than fifteen years. I felt a special obligation to hammer away at gender myths such as intimate partner violence (women are about as likely as men to initiate violence against their partners as men), false sexual allegations (a disturbing percentage of such allegations) and demonstrable bias against fathers in family court, because male journalists who dared to write sympathetically about men and/or critically about women put their careers in jeopardy (no exaggeration), and most had learned to keep shtumm in this domain.

That situation has been changing slowly but steadily. Some men have decided they aren’t going to spend their lives in rhetorical purdah on the subject of their own cultural dhimmitude, and have been stepping up to the plate, whatever the personal cost. The university campus is home to the feminist commissariat—and it’s a brave man who dares to stick his head above that formidable parapet. Because the cost of doing so can be high.

This is the story of one such activist who paid a price, which only fueled his resistance efforts, and which in turn inspired others, in reversing a decades-long erosion of men’s rights on campus.

In a meeting held in June, 2017, Kursat Christoff Pekgoz was pressured by his academic director at the University of Southern California into terminating his PhD degree in English Literature on what Pekgoz considered spurious and unprecedented grounds, accompanied by “many threats and irrational exaggerations” (the meeting was recorded).  His contract was not renewed and his funding was cut off. This is extremely uncommon. In fact, Pekgoz is unaware of any other PhD student being denied a doctoral degree in English Literature [at USC].

The real reason for his PhD termination, Pekgoz alleges, is his history of gender activism via a series of Title IX complaints against a number of universities, such as Rutgers, Northeastern and Georgetown, to which he added one against USC at the end of May. As he told a PJ Media reporter, “They all know that I am a Title IX activist for men, with strong libertarian/conservative views.”

Title IX’s language is very plain. It prohibits any institution from funding, sponsoring, or listing gender-discriminatory programs and initiatives, so for example, even listing a woman-only scholarship or placing an employment ad specifying only women need apply runs counter to Title IX, though such breaches happen all the time. Title IX also prohibits discrimination in terms of counselling or health benefits. That should mean that both men and women are treated with equal objectivity and respect when, say, sexual-assault allegations come up for assessment. But universities have not covered themselves in glory, to say the least, on that front.

Indeed, motivation for Pekgoz’s robust activism arose in part from a Title IX complaint against him for sexual harassment. In response, he went on offence with a forceful and persuasive counter-charge that his accuser had in fact sexually assaulted him (it’s worth reading, because it offers a formidable sample of the kind of meticulous research and annotation Pekgoz applies to every single thing he says and writes. It does not seem to leave much wriggle room for his accuser, and I think any objective reader would come away from it with, minimally, doubts as to the accuser’s credibility.)

In 2018 Pekgoz complained to the Department of Education’s Office of Civil Rights (OCR) about both USC and Yale University, prompting an investigation into both schools’ women-only scholarships and programs, such as a USC Women in Science and engineering group that excludes males.

Last January, Pekgoz and two former lawyers (not affiliated with Harvard University) filed a Title IX complaint with the OCR against Harvard, in which they rebut the received wisdom of female victimhood with an abundance of impeccably-sourced evidence demonstrating the various ways in which men are discriminated against in society and on campus. Notably, “the overwhelming majority of all persons sanctioned under Title IX theory are male. However, there is good evidence that men and women experience sexual victimization at equal rates and the majority of male victims report female perpetrators. The majority of Title IX administrators are women.”

Also in the Harvard complaint is a reference to Supreme Court prohibitions against male-gender discrimination. In Mississippi University for Women v. Hogan, for example, the Supreme Court held that denying male admission to nursing courses was impermissible under the Equal Protection Clause of the Fourteenth Amendment. They wrote that a sex classification must be “…determined through reasoned analysis rather than through the mechanical application of traditional, often inaccurate, assumptions about the proper roles of men and women. … Thus, if the statutory objective is to exclude or ‘protect’ members of one gender because they are presumed to suffer from an inherent handicap or to be innately inferior, the objective itself is illegitimate.” This statement would seem to undermine the reflexive argument adduced by feminists that affirmative action for women is still necessary because of historic disadvantage or because there are more Fortune 500 male CEOs than women.

The most interesting complaint to the OCR, because it reveals the distance the men’s rights movement has come from its first tentative and atomized beginnings two decades ago, is the one led by Pekgoz against Cornell University in February, which Pekgoz described in an  interview with Campus Reform as “one of the worst in the nation” for anti-male bias.

But the list itself, while interesting, is not what is most significant about the Cornell complaint. Rather it is the public support for the complaint amongst Pekgoz’s colleagues and from many respected public intellectuals, such as American Enterprise Institute scholar and feminist critic Christina Hoff Summers, that lend unusual moral weight to its claims. More than 185 professors, scholars and activists signed on to it, including Canada’s own Jordan B. Peterson, arguably the most recognizable and inspirational spokesman for gender equality in the world today. Peterson referenced Title IX’s long association with women’s rights succinctly: “what’s sauce for the goose is sauce for the gander.”

Peter Wood, president of the National Association of Scholars, told Campus Reform that he had signed the complaint because it “addresses a fundamental unfairness in contemporary America, centred in our colleges and universities” and because “it shows that exclusionary practices create a hostile environment” for men, some caused by an “animus against males perpetrated by feminist ideology.” Lawrence Alexander, a law professor at the University of San Diego, told Campus Reform that he signed because “its allegations are true and even understated.”

Such public affirmation on men’s behalf by high-status academics in prestigious institutions represents something like a tipping point in the gender wars, it seems to me. Margaret C. Valois, a Virginia-based Title IX attorney who specializes in defending accused male students filed a similar Title IX complaint against Tulane University and obtained a win recently. Valois, Pekgoz and another aggressive veteran in the battle for gender equality, Professor Mark Perry of the University of Michigan-Flint, are profiled by anti-feminist Canadian vlogger Janice Fiamengo, a signatory to the Cornell complaint, in Episode 94 of her popular Fiamengo File series, titled “Will 2019 Be the Year of MRA Lawsuits?”

Will it? It does seem that we are at a pivotal moment—that there is a powerful current of social unease, running just below the still hegemonically feminist surface, with the unfettered misandry that pervades our culture. In Pekgoz’s Harvard complaint, for example, he notes that whenever the Department of education investigates an institution for anti-male discrimination, public attitudes on the issue are on the side of men: “[A]ccording to a recent poll conducted by YouGov, 69% of all Americans believe that men face discrimination to some extent. 74% of men believe that such discrimination occurs, while 63% of women agree that men face some degree of discrimination.”

Fiamengo points to what she (and I) consider radical feminism’s shark-jumping moment, the publication in the Washington Post of Northeastern University academic Suzanna Danuta Walters’s odiously misandric June, 2018 article, “Why can’t we hate men?” which earned her a Title IX complaint filed by the National Coalition for Men (NCFM). Walters doubtless expected her screed would find the passive acceptance such anti-male rants often have done in the past, but was clearly startled by the fierce blowback she received.

A final word about Kursat Christoff Pekgoz. I don’t know him personally, but from his history, I would say that the USC Literature department picked the wrong guy to tangle with when they forced him out of his PhD program. This is a young man, now 30-something, who comes from Turkey, a land where they play political hardball, and backing the wrong horse can earn you something worse than a Twitter mobbing. He learned about activism in what we might call an “unsafe space.”

Pekgoz’s curriculum vitae informs us that In Turkey Pekgoz went out on potentially dangerous political limbs. He took part in the Republic protests of 2007 against fundamentalist Islam, as well as a protest against Islamist hate speech targeting Armenian and Jewish minorities in 2009, amongst other forays. He advocated against electoral fraud by the Islamist regime. He taught pro bono for an anti-Islamist organization that seeks to eliminate illiteracy among young women in Ankara (real feminism in action).

All this speaks to character. For relentless discipline and determination in achieving goals, add this salient fact: As a long-distance swimmer, Pekgoz has covered 11,000 m in the open sea, with the best speed of 5,000 m in 130 minutes. This is in seawater with a temperature of 17C. Don’t look to such a man to truckle to latte-sipping ideologues trafficking in gender injustice. Ever.

According to his bio, Pekgoz has “perfect pitch.” He means musically, of course. But it may be the case that he has perfect cultural pitch as well.