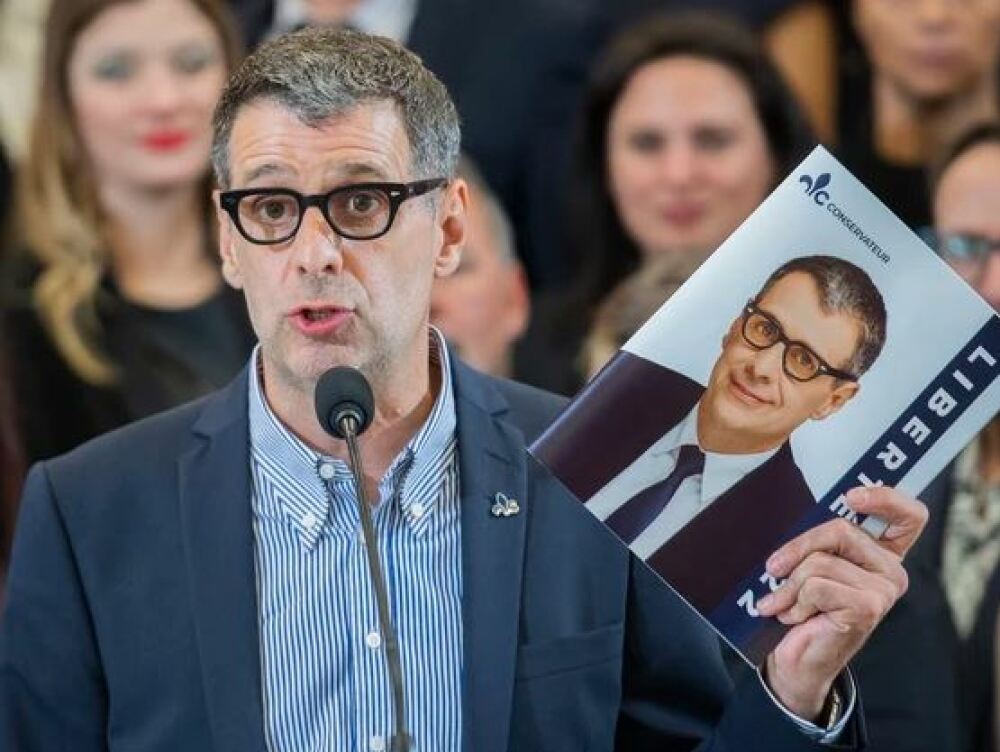 MONTREAL — Covid changed everything, including political leanings. Quebec’s upcoming provincial election on Oct 3 offers a window onto those shifting sands.

Disappointment with the Legault government’s Covid performance propelled Eric Duhaime, a seasoned newspaper and radio journalist, to leadership of the formerly marginal, now-energized Parti Conservateur du Québec/Conservative Party of Quebec (PCQ). At 53, more than 10 years younger than Premier François Legault, Duhaime is benefiting from some kind of perfect storm in the West that has restless, dissatisfied young adults, normally in thrall to left-leaning parties, turning their attention to conservative alternatives.

It’s happening in the U.S. centrist pundit David Brooks last year observed of young conservatives in an Atlantic article, “They grew up in the era of … identity politics. They went to colleges smothered by progressive sermonizing. And they reacted by running in the other direction.” In Canada, federally, a recent Abacus poll showed that the CPC found favour with 37 per cent of 18 to 29 year olds — more than for either the Liberals or the NDP.

And it is clearly happening in Quebec. Before Duhaime took the helm 15 months ago, the PCQ’s membership was a paltry 500 in number. Today, it boasts about 60,000 members. Despite only receiving 1.46 per cent of the vote in the 2018 provincial election that gave the CAQ a landslide victory, a July Angus Reid poll puts their support at 19 per cent, well behind the CAQ but ahead of the PLQ (Liberal Party), an astonishing leap.

“The tectonic plates of Quebec politics are realigning,” Duhaime told media gathered days ago to hear his platform, a conservative dream list. First and foremost, “more freedom.” Economically, this means tax cuts, suspension of the province’s gas tax and expansion of Quebec’ natural resources sector (he’d revive a dormant natural gas project). To fix Quebec’s eroding health-care system, Duhaime pledges a decentralized format and increased competition from the private sector. The PCQ would also offer more parental choice on early child care through weekly vouchers of $200 per child for those opting out of the government-run program.

As for Legault’s rights-decimating Bill 96, Duhaime’s scorn is genuine and unnuanced. For one thing, he told me in an interview, it suspends Quebec’s Charter of Rights “in 38 places” and “nobody should applaud a bill that takes away your rights and freedoms.” Duhaime added, “Anglos are our allies who want to make Quebec a better place to live.” (I’ve known Eric for a long time. His history supports the sincerity of this remark.)

According to Duhaime, anglophone support is up — it was at 22 per cent July 30 — with francophone support at 19 per cent. This near-parity is most unusual in Quebec, since anglophones have traditionally thrown massive support to the federalist Liberals. Anglo withdrawal from the Liberals can be directly traced to the Liberals’ flirtation with Bill 96 — first accepting its draconian provisions, then partially backtracking in the heat of the anglo backlash. Too little, too late.

Pierre Poilievre greets over 2,000 supporters who came to his rally at in Saskatoon, Sask. on Tuesday May 31, 2022. (Saskatoon StarPhoenix / Michelle Berg)

Using Covid as an excuse, Duhaime says, Legault has been playing the “politics of division” for the past two years, pitting the vaccinated against the unvaccinated, anglos against francos and necessary health measures against “by far the worst measures” that ended in Quebec’s embarrassingly high Covid-related mortality rate. (He himself says he would have applied something like the “light touch” Swedish model). Duhaime is appalled by the demonization of those urging restraint in vaccination policies. (Duhaime is himself vaccinated, but was the only Quebec politician who, on grounds of academic freedom, defended microbiology professor Patrick Provost when he was suspended for voicing concerns about vaccinating children.)

Duhaime resembles Pierre Poilievre. Like his federal counterpart, Duhaime has been a political junkie from youth. He’s brash, and confident before crowds, projecting passion that springs from authentic convictions, consistently applied. Like Poilievre, Duhaime supported the Freedom Convoy. Both are bringing aboard historically apathetic young people, now hungry for attention to their legitimate interests. Young families in the 35-55 age demographic are flocking to the PCQ, Duhaime told me, while conceding that CAQ completely owns Quebec’s senior citizens.

In one important way, Duhaime is luckier than Poilievre in his constituency. All federal conservative leaders have to deal with a social-conservative contingent that sucks up internal energy and provides low-hanging fruit for fear-mongering critics (see under Andrew Scheer et. al.). By contrast, politically speaking, social conservatism doesn’t exist in Quebec. Duhaime is the first openly gay conservative leader in Quebec and Canadian history. It’s not a big — or any size — deal here. Neither is abortion a point of discussion amongst Quebec conservatives. To his credit, although Duhaime has no intention of opening any debate on the subject, he welcomes candidates like my friend Roy Eappen — “Dr Roy,” the PCQ candidate in the riding of NDG — who is both gay and personally pro-life.

In July, underscoring his party platform’s unifying theme of freedom, Duhaime unveiled the cheeky PCQ slogan, “Libres chez nous,” a riff on the 1960s Quiet Revolution slogan, “Maîtres chez nous” (Masters in our own home). His critics find it hypocritical that he fiercely defends individual freedoms, but supports the controversial Bill 21, which proscribes religious symbols in state-sponsored sectors like education and the judiciary. But Duhaime sees no conflict between respect for religious freedom in general, and a citizen’s right to neutrality in his interactions with employees of the state. (Nor do I.) Apparently, many immigrants agree with Duhaime, because the PCQ has attracted candidates from 20 countries, including Ukraine, South Africa, Haiti, Lebanon, Peru and India.

The PCQ has come far fast, but not far enough for this election. Legault and his CAQ party are slated for another decisive win, although Leger polling CEO Jean-Marc Leger predicts a “tighter than expected” finale. Duhaime himself is the only PCQ candidate with a realistic shot at victory. His election prospects in his Chauveau riding are currently rated a toss-up. Time is on Duhaime’s electoral side, though, because he will participate in September’s televised leader debates, where his considerable polemical skills in both French and English could boost his fortunes. Colour me hopeful.