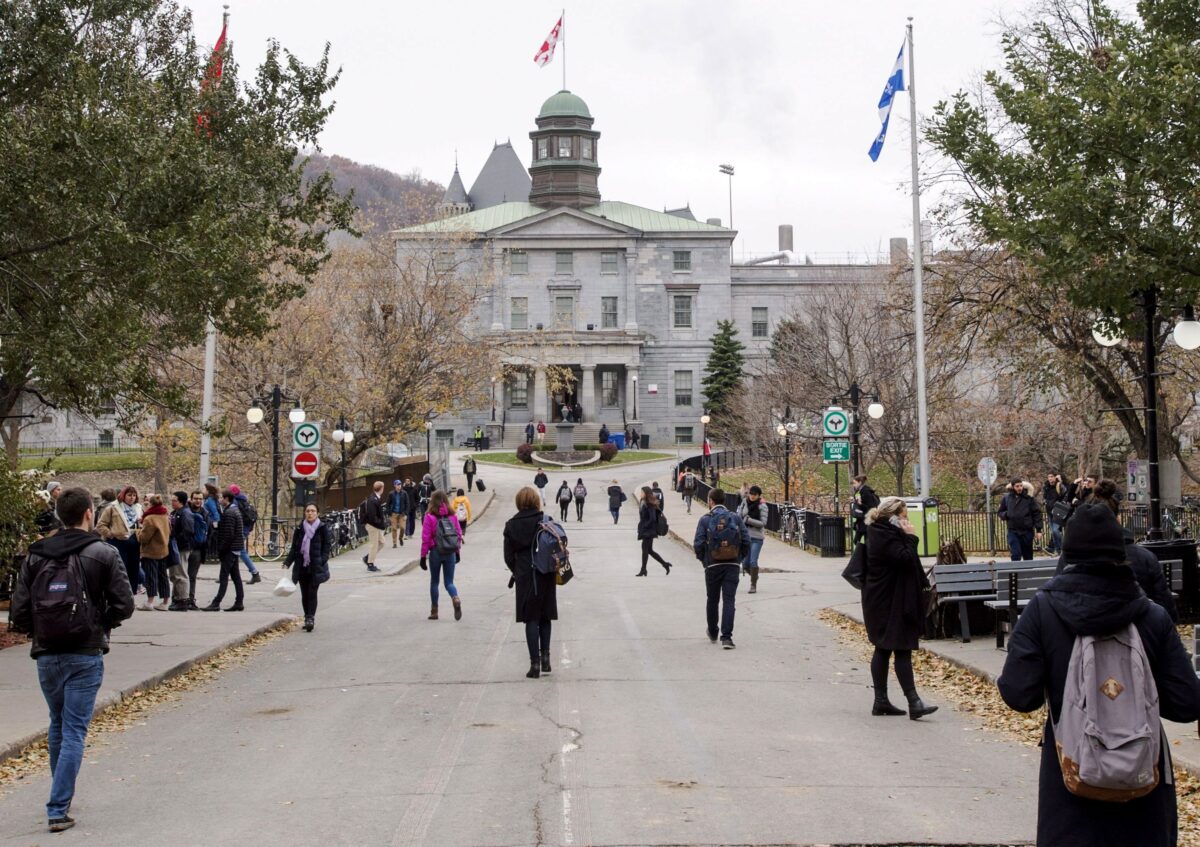 Last month, Quebec Premier François Legault took to Facebook to criticize “radical activists” who he said are taking political correctness to extremes. He was in part reacting to the suspension last September of a francophone University of Ottawa professor for using the N-word in class.

“If we don’t defend someone who is a victim of this, we’re playing the game of the radicals,” he wrote. “I understand that it can be scary, but we have to stand up.” Other party leaders at the National Assembly reportedly agreed with Legault.

Many Quebec students are equally resistant to what they consider the excesses of “woke” politics. La Presse, Quebec’s largest mainstream newspaper, took the measure of their discontent through interviews of anglophone and francophone students at both French and English universities in Montreal. (My translations follow.)

For example, Sandrine Masri, a McGill University law student, recounted an incident in a course on legal pluralism, where a male presenter in her group used last winter’s Wet’suwet’en protests as an example. When he mentioned the blockades resulted in lost jobs, a classmate told him, “You’re not indigenous, you’re a rich, white, privileged male. [You can’t] speak about this.” “It is not censure per se,” Masri told La Presse. “We could still go on, but you felt ill at ease talking freely about it. When you do not agree 100 percent with the radicals in your class, they see you as against them.”

McGill history student Rafael Miró told La Presse, “Radicalization is not viewed as a bad thing [here] if it serves a cause perceived as just.” Being a “rebel activist” is strongly encouraged by the students, the professors, and the management, he said. “There are brownie points to be earned in adopting this stance. … The more militant you are, the better.”

By contrast, François-Alexis Favreau, a journalism student at the Université du Québec à Montréal, said he has “no limit set on my freedom of expression,” although he believes it is “incumbent” on his generation to use language responsibly.

It is hard nowadays to imagine the premier of any other province stepping up in defence of a teacher’s right to use the N-word in class, if in context, such as in the title of an essay like Pierre Vallière’s famous “Nègres Blancs d’Amérique.” Anglophone North Americans in the political class have internalized certain mantras steeped in the language of social justice, which is in turn steeped in critical race theory. What about francophones?

La Presse noted that activist sentiment was “stronger at McGill and Concordia” (Montreal’s two anglophone universities), where students are “more sensitive to the woke movement in view of the cultural differences between Quebec francophones and English Canada.” Francophone McGill law student Marie-Laurence Desgagné, for example, finds some of her professors “very militant,” observing that “many come to the university with baggage of ideas so strong it snuffs out academic dialogue, [especially] with regard to the question of secularism in Quebec.”

Desgagné’s allusion to Quebec secularism is a reminder that francophones here are often more tuned in to philosophical perspectives that conflict with perspectives current in the anglosphere. Quebec’s near-unanimous integrationist vision of society among francophones posits a common secularist cultural core to which newcomers are expected to subscribe in the public forum. This vision is at sharp odds with the globalist “post-national” model taken for granted by most anglophone intellectuals outside of Quebec as the only perspective commensurate with democracy.

But there is nothing undemocratic about the Quebec model, unless one considers that democracy is a unitary phenomenon whose legitimacy hangs on concordance with esoteric ivory-tower theories saturated by disgust with Western civilization and a reverence for racial and gender minorities designated as victims of white supremacy.

Quebec’s vision manifests in laws such as Bill 21, which prohibits overt religious symbolism in most public services. This law, whose most controversial feature is the prohibition against the hijab and face covering for public-education teachers, is routinely pilloried by multiculturalism-besotted anglophone pundits as racist in tone and even intent (I infer from her testimony that Ms. Desgagné’s “very militant” professors have conveyed that suggestion to her.) Francophone Quebecers overwhelmingly approve Bill 21, because they like the idea of a common language and culture that is reflected in society’s institutional “visage” (face). And why wouldn’t they, since it closely resembles the vision of the country from which they draw cultural and intellectual sustenance, where a similar veiling proscription has been in effect since 2010.

Recently Quillette editor and podcaster Jonathan Kay spoke with eminent French sociologist Nathalie Heinich about this very issue. Heinich is the founder of a new organization that opposes the spread of America’s race-fixated academic movements into French campuses.

Heinich told Kay that the French philosophers of postmodernism revered by North American intellectuals, like Jacques Derrida and Michel Foucault, are, ironically enough, not at all current in France; in fact, she regards their ideology as an imported but unwelcome “stepchild.” What is considered received wisdom in the North American academy—“intersectionality” and the obsession with power/privilege—is superannuated in France, Heinich avers, an “incredible reduction of the intellectual space.”

Later that month, French education minister Jean-Michel Blanquer said in an interview with Le Journal du Dimanche: “There is a fight to be waged against an intellectual matrix coming from American universities and intersectional theses, which want to essentialize communities and identities, at the antipodes of our republican model which, for its part, postulates equality between human beings, independently of their characteristics of origin, sex, religion.”

This “equality between human beings” is the classic liberal ideal, but it is rapidly eroding and disappearing on our continent under the smothering weight of Marxist “equity.” The revolutionary mood in America springs from the anti-colonialism of decades ago, Heinich says, but has now been renewed through the extreme left’s alliance with radical Islamism.

Heinich says we need a pluralism of interpretative lens to reconcile various circulating ideas and claims on justice. The American lens of identity politics, in overriding all others, promotes activism and precludes research. “We are not paid” to peddle ideology, she wryly observes, but to teach knowledge. She and her confrères in her organization are very concerned about the hyper-racial narratives being imposed on France—first in the universities, and now threatening to spill over into the public forum.

Good luck to France. Our (anglophone) public forum in Canada is soaked in these pernicious narratives. Sauve qui peut.