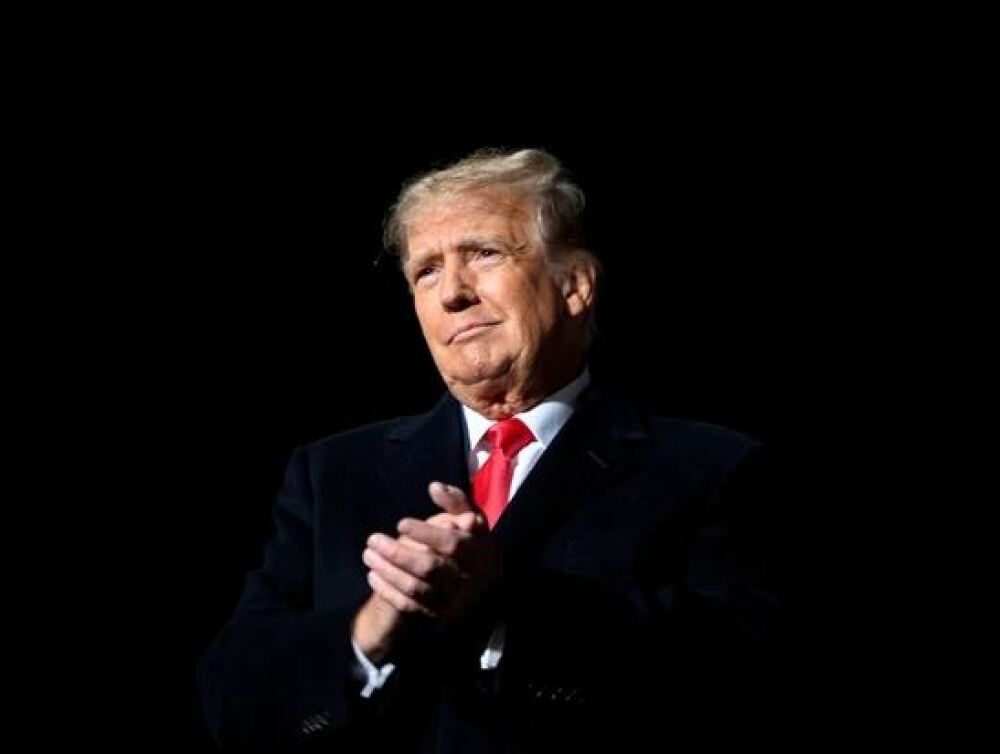 Ron DeSantis is the future of the GOP

To soothe their anguish over the last few years, I have been telling my friends with Trump derangement syndrome one of my favourite old Jewish jokes. I’ll keep it short.

It’s 19th-century Russia. A Russian Jew has done something to displease the czar. The czar orders his immediate execution. Wait, says the Jew, give me a year’s reprieve, and I will teach your favourite horse how to talk. The court laughs, but the czar is intrigued. He gives the Jew a year to perform this miracle. Are you crazy, the Jew’s friends ask him. The Jew responds: I have a year. A lot can happen in a year. I could die. The czar could die. Or who knows? Maybe the horse will learn to talk.

In 2016, when Donald Trump won the presidency, the Democrats were in shock. An American Mussolini had come to power, they believed. The death of democracy was nigh. A riven country staggered on. Half of it was content to see Trump’s (actual) accomplishments unfold, setting aside his personal horribleness as a cluster of insignificant quirks and meaningless tics. The other half were so obsessed by Trump’s (actual) horribleness, they could not bear to acknowledge any accomplishments.

Dems prayed for a 2020 miracle. The best they could do was Joe Biden, but at least he won. Then the real nightmare. The “fascist” lost, but wouldn’t concede he lost, because his horribleness includes an inability to admit defeat. Worse, his millions of apparently ensorcelled followers were too invested in their commitment to admit the true, deeply pathological extent of his horribleness.

Would he or would he not make a 2024 comeback? A lot depended on the 2022 midterms. Maybe anger over the overturning of abortion would do the trick? But oh no, the polls were showing a red wave. Angst such as progressives had never known engulfed them. And then … and then … the horse opened his mouth, and instead of a whinny, out came, “Carrots are nice, but to be honest, I prefer apples.”

The execution was stayed. Democracy did not die. The Democrats were chastened by losing the House. But not in a humiliating way. As President Joe Biden noted, the Democrats lost fewer House seats than in any other Democrat’s tenure in the last 40 years. There were no riots, no charges of fraud. Under-30s came out to vote in 2020 for Biden in record numbers, and an astonishing “53 per cent to 55 per cent of registered 18 to 29-year-olds appear to have voted” in this one.

All in all, the Horrible One had a “terrible, horrible, no good, very bad day.” More than half of Republican candidates had sold their souls to Trump, either refusing to say whether or not they would acknowledge the election results, or candidly admitting they wouldn’t. But more election “deniers” lost than won.

Trump owns this result. Before the election, Trump told a NewsNation host: “I think if they win, I should get all the credit. If they lose, I should not be blamed at all.” That’s toddler talk. Of course he should be blamed. And mirabile dictu, he was blamed. Stalwart rightist Ben Shapiro tweeted: “Trump picked bad candidates, spent almost no money on his hand-picked candidates, and then proceeded to crap on the Republicans who lost and didn’t sufficiently bend the knee. This will have 2024 impact.”

Best of all for Trump loathers was Florida Gov. Ron DeSantis’s election adventure. If he had squeaked through to a victory, his presidential ambitions would have taken a big hit. But he didn’t squeak through. He roared through, with nearly a 20-point margin over his rival Charlie Crist, scooping almost 60 per cent of the vote, including an unprecedented 57 per cent of Hispanic voters. According to Sen. Joe Gruters, the Florida Republican party chairman, DeSantis’s outcome, combined with a solid win for Sen. Marco Rubio,  is “the biggest victory in the history of Florida,” shifting Florida from a swing state to a Republican stronghold.

Trump is worried, as well he should be. Rhetorically, he has been all over the map as he seeks to read a volatile Republican room. He’s floundering. At a pre-election rally in Pennsylvania, he tried out the nickname Ron DeSanctimonious. It didn’t fly. In interviews, he has been babbling. “I don’t know if he is running. I think if he runs, he could hurt himself very badly. I really believe he could hurt himself badly,” Trump told Fox News. “I think he would be making a mistake, I think the base would not like it — I don’t think it would be good for the party.”

Unable to suppress his horribleness, though, he can’t resist the nasty kicker, “I would tell you things about (DeSantis) that won’t be very flattering — I know more about him than anybody — other than, perhaps, his wife.” Ugh.

Can Trump survive the midterms’ combined blows to his alleged untouchability? We asked the czar’s horse. “Nay,” he said, shaking his mane, and munching an apple. “Nay.”