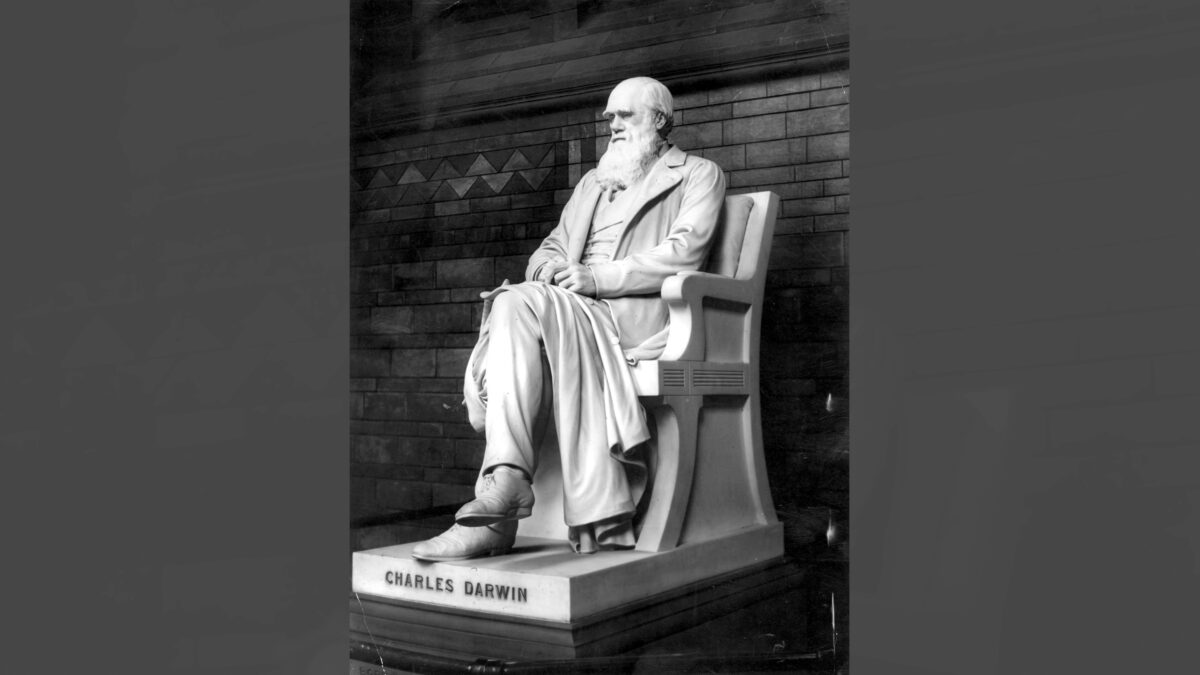 Secularism Versus Religion: Is Humankind at a Crossroads?

In a September column for the National Post, I discussed the recent revival of controversy about Charles Darwin’s “beautiful theory” of evolution, following the 2013 publication of “Darwin’s Doubt” by Dr. Stephen Meyer, director of the Discovery Institute’s Center for Science and Culture.

In his book, Meyer rebuts Darwin’s reigning principle: that all life forms, including humans, have evolved from a common ancestor through the simple process of random, heritable variation and natural selection. Based in universally acknowledged mysteries thrown up by fossil scientists around the “Cambrian explosion,” Meyer’s proposed alternate theory of intelligent design presents as no less rational than Darwin’s theory to any open mind, and seems more congruent with the evidence at hand to a number of highly credentialled scientists.

I received quite fierce blowback for giving intelligent design the time of day from several agitated Darwinists. They won’t hear of any theory that admits the possibility of a Creator, tarring anyone who entertains the possibility with accusations of biblical literalism, ignorance, and hostility to science. There are biblical literalists who believe the world was literally created in six days, but Dr. Meyer is not one of them. Neither of the other charges holds up to a moment’s scrutiny, either.

Whence such deep anger even at the very idea that there might possibly be a Creator? Because it spoils the master narrative of our atheist intelligentsia, who see belief in God as a primitive waystage on humanity’s path to full enlightenment, which is premised in a doctrine of materialism and a repudiation of transcendence.

In their progressivist vision, the entire world will eventually catch up to the peculiarly western belief that religion is the scourge of humanity, and only rational secularism can advance human society to a state of harmony. Even the admission of a possibility of a prime mover is therefore an act of intellectual defiance and regression, a heresy that must be shut down—not in debate, which would suggest the issue remains unsettled, but by calumny, derision, and denunciation.

Secularism has had a very good historical run, so atheists may be forgiven for assuming its hegemonic perch was permanent and unassailable. But it may be tottering nonetheless in the midst of what Jonathan Sacks, former Chief Rabbi of the United Hebrew Congregations of the Commonwealth, calls “cultural climate change.”

In a speech reproduced in the August 2017 edition of Standpoint Magazine, Sacks describes cultural climate change as “a revolution which is the greatest and most fateful since the invention of printing in the West in the 15th century.” Just as actual climate change produces more extreme weather conditions, so does cultural climate change. “An old pattern that has governed the West for four centuries is broken,” Sacks says. “A new one has not yet emerged and it has brought great damage to that spiritual experience that is our ozone layer.”

In the 17th century, scientists like Newton and philosophers like Descartes secularized science and philosophy by basing knowledge on non-doctrinal foundations. The 18th century revolutions, American and French, secularized power through separation of church and state. In the 19th century, culture—concert halls, museums, art galleries—acted as secular churches permitting people to encounter the sublime without worshipping God. The 20th century secularized morality, with particular upheaval surrounding Judeo-Christian rubrics concerning sexual modesty and the sanctity of life and marriage.

Sacks pushes back against the assumption that today’s paradigm will endure. In great swaths of the world—the Middle East, Africa, Asia—we see “the world getting more religious, not less. We have begun an age of desecularization,” he says.

Christianity is perceived as a spent force in postmodern western societies because its liberal branches are withering. But conservative churches are flourishing in non-western parts of the world. Moderate Islam has lost ground to radical Islam. We in the West expect religion to accommodate itself to more enlightened standards of morality, but elsewhere fundamentalist religion is suppressing secularism. “Half of the world is getting less religious. Half the world is getting more religious, and the tension between them is growing every day,” Sacks notes.

Why is this happening? Sacks draws our attention to two books that influenced him greatly. First is Alasdair MacIntyre’s “After Virtue” (1981), which Sacks describes as “life-changing.” Its basic thesis is that the notion that society could build morality on rational foundations—the Enlightenment project—was a failure, and that we are now entering a “new dark age.” MacIntyre counsels retreat to isolated communities to escape the new “barbarians” (known as the “Benedict Option” in Rod Dreher’s eponymous book).

Another prophet Sacks looks to with respect is Rabbi Joseph Soloveitchik. In 1965 Soloveitchik published “The Lonely Man of Faith,” in which he argues that the two accounts of creation in Genesis represent two distinct dimensions of the human condition. The humans of Genesis 1, made in God’s image, were commanded to “fill the world and subdue it.” This is mankind as “majestic” and also “secular.” In Genesis 2, God breathes life into the dust from which humans are created. He places them in the Garden of Eden, where their task is to guard and protect God’s work. In this version, humans are “covenantal man.” This is our eternal dichotomy: the secular urge to dominate and control versus the religious instinct for humility and awe of nature.

Rabbi Sacks does not address the tendency of those who dismiss their own culture’s founding religions with contempt only to fall into the worship of false gods. Human nature abhors a spiritual vacuum, which is why the neo-Darwinists have sanctified their “prophet” and why environmentalism, the worship of Gaia, has evolved as a new and powerful religion, much of it faith-based and hungry for saints, like the stone-faced and single-minded Swedish teen activist Greta Thunberg.

Today (i.e. 60 years ago), Rabbi Soloveitchik said that majestic, secular humanity is so powerful that covenantal, spiritual humanity cannot compete. Like MacIntyre, Soloveitchik counselled retreat for the faithful. But that is not an option for most people of faith and those who respect the immense benefits conferred on the world by the Judeo-Christian tradition. We must beat against the current in whatever ways we can.