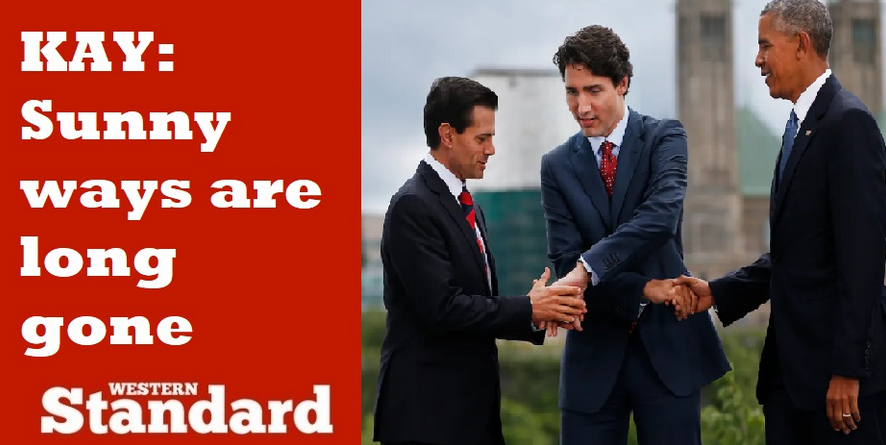 “Our prime minister was always a vain, hollow man with a strong sense of personal entitlement, but now he is morphing before our eyes into a monster bent on social breakdown. “

A Globe and Mail journalist reportedly sent the following rather ghoulish message to some private e-mail addresses:

“I’m reaching out to people who seem to have donated to the GiveSendGo freedom convoy’ fundraiser. This e-mail address was associated with one of the donations to the campaign, so I wanted to reach out to learn a bit more. I’m hoping you could answer a few questions for me: Can you confirm you donated to the fundraiser? If so, how much did you give? What was your reason for giving? The federal government invoked the Emergencies Act earlier this week, and announced donors could be investigated and face sanctions, like frozen bank accounts or the cancellation of business accounts. What do you think of this announcement?”

What do they think? What does the reporter suppose they think? Probably that the “story” for the journalist, who accessed their information through a hacked, and therefore illegal source shouldn’t be the “feelings” of the victims, but the soft totalitarianism of Trudeau’s instinct to go for the jugular when it isn’t necessary.

Responsible commentators all agree the act is overkill. Many agree Trudeau has been longing for an excuse to use it. And some of them agree it was all about the additional, unaccountable power it gives him to punish Canadians who hold the wrong views.

Trudeau’s government now not only has the power to freeze personal and business accounts without a court order, but banks are now required to report to CSIS financial information about people involved in the protests.

As Justice Minister David Lametti admitted to CTV’s Evan Solomon: “If you are a member of a pro-Trump movement who’s donating hundreds of thousands … you ought to be worried” about your bank account being frozen. Hundreds of thousands today, maybe, but there is nothing to stop them from making it “hundreds” tomorrow. If that doesn’t put the fear of God into dissenting Canadians opposed to government policy on vaccine mandates or anything else the government decrees, nothing will.

If Trudeau wanted to defuse the situation, he had plenty of opportunity for outreach. But he deliberately held himself aloof, only ever alluding to the truckers in the darkest of tones, every utterance implying that violence was just a step away with so many “fringe” characters — many of them “racist” and “misogynistic” — on the scene. How galling it must have been to see those hot tubs and bouncy castles and Canadian flags instead of brandished guns and assaults on Parliament that would have given justification for the act.

Something weird has happened to Trudeau. He seems bored, cranky, glazed over. He seems indifferent even to international criticism, let alone the anger he stirred up at home. He’s hardened and doesn’t care who knows it. He can’t be bothered to “perform” niceness anymore.

Funny, because branding himself used to be Trudeau’s chief concern. Remember “sunny ways?” His ways are all overcast now. He used to enjoy showing off his comical socks. Remember his and Sophie’s get-a-room photo shoot for Vogue magazine? Everything he said and did was geared to building an image of the New Man: masculine but romantic and sensitive, powerful but fun. A man’s man (the 2012 fight with Senator Brazeau), but also a feminist woman’s champion, “because it’s 2015.” Need a photo bomb of your shirtless PM at your wedding? He was there for you.

And as for empathy with those who feel estranged or marginalized in society, Trudeau is famous for his abundance of it, as long as they fit into the progressive paradigm of victimhood. Blockades, church-burnings and statue-toppling are “fully understandable” when the perpetrators are members of groups he can relate to. When the BLM protests came to Ottawa at the height of the pandemic and the rest of us were locked down, Trudeau was happy to join in the protest and take a knee. American money funding anti-energy activism? No problem. Billionaire globalist George Soros funding everything you can imagine that progressives support? No problem. International money funding the Trudeau Foundation? No problem.

Then there was the time when, as a newly installed leader of the Liberal Party in 2013, two Islamist terrorists detonated bombs at the Boston Marathon that killed three and wounded 260 people. Far from condemning this act of extreme violence Trudeau expressed extraordinary empathy with the perpetrators. He said of the incident, “But there is no question this happened because there is someone who feels completely excluded. Completely at war with innocents. At war with a society. And our approach has to be, where do those tensions come from?”

Where do these tensions come from? That is precisely the question Trudeau should have asked when the trucks rolled into town. The people driving them also feel “excluded.” But they don’t have the right minority credentials to claim empathy from their prime minister. So even though they don’t express their feelings with violence to get attention and only honked their horns, Trudeau has deliberately painted them as enemies of the people, scapegoats that are legitimate to hate.

Our prime minister was always a vain, hollow man with a strong sense of personal entitlement, but now he is morphing before our eyes into a monster bent on social breakdown. These are dark days for Canada.