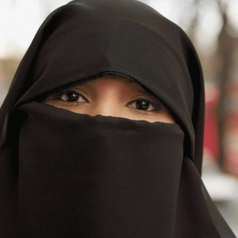 Switzerland votes to ban the niqab in public

The Central Council of Muslims called it "a dark day," warning that the decision "opens old wounds, further expands the principle of legal inequality, and sends a clear signal of exclusion to the Muslim minority."

Switzerland takes direct democracy very seriously, often putting questions of public policy to the public in the form of a national or regional referendum requiring a 50 percent threshold for passage.

Sometimes the results accord with the government's preferred policy, sometimes not. In 2009, Swiss citizens resisted government advice and voted to ban the building of minarets, agreeing with the country's right-wing Swiss People's Party (SVP), that minarets are symbolic of Islamic domination of other religions.

Once again, in opposition to the government, and campaigning on overtly Islamism-directed messaging, such as "Stop Extremism," the SVP has had its way on a related subject: face cover. A referendum has resulted in a narrow decision— 51.2 percent to 48.8 percent—favouring a ban on face cover in public. (The proposition was formulated pre-COVID-19, so does not include medical masks.)

The Central Council of Muslims called it "a dark day," warning that the decision "opens old wounds, further expands the principle of legal inequality, and sends a clear signal of exclusion to the Muslim minority." They intend to challenge the ban in court.

What is the likelihood of their success? Face cover bans in other countries have already been challenged at the European Court of Human Rights, an international court tasked with ruling on violations of the European Convention on Human Rights.

In 2017 the ECHR, considering a challenge to Belgium's 2011 ban by two Muslim women, concluded that "In adopting the provisions in question, the Belgian State had sought to respond to a practice that it considered to be incompatible, in Belgian society, with social communication and more generally the establishment of human relations, which were indispensable for life in society…It was a matter of protecting a condition of interaction between individuals which, for the State, was essential to ensure the functioning of a democratic society."

In its ruling, the court took into account a previous decision it had made in July 2014 about a similar face veil ban in France that came into effect in 2010. In that case, the European Court of Human Rights stated that the preservation of the idea of "living together" ("vivre ensemble," an ideal that also inspired Bill 21, Quebec's controversial religious symbolism ban, which mostly affects Muslim women of cover) was a "legitimate aim" of the French government.

Switzerland's population is 8.6 million strong, and about 5.5 percent of the population is Muslim. It is estimated that only about 30 women wear the niqab, and those who argue against the ban cite the low number as an argument against the necessity of a ban.

However, the low number can just as easily be used as a good reason to institute a ban—that is, while it is enforceable. For nobody knows whether the practice will stay static or will escalate. Past a certain numerical threshold, there is a risk of unpleasant and socially disruptive pushback.

It is notable that the vote was so close. And although many Muslims were upset that it passed, other Muslims supported it. Imam Mustafa Memeti, a resident of Bern, told the BBC he thought the ban's impulse was "probably Islamophobic." But he said he supported it anyway because it would help to emancipate Muslim women in Switzerland. "In Switzerland our tradition is that you show your face. That is a sign of our basic freedoms," he said.

Amongst progressives, any and all legislation that impinges on face cover is automatically denounced as a form of islamophobia. But the same progressives are very keen on removing other kinds of symbolism considered offensive in this era from the public gaze. Statues of historical figures associated with the historical oppression of Indigenous peoples or Blacks must be torn down. Confederate flags must never be seen. Beloved children's books with retrograde illustrations depicting minorities stereotypically must be removed from circulation.

But there is nothing more offensive as a symbol to free societies in which men and women have equal rights than face cover on a woman. The niqab and burka are symbols of gender apartheid. They are not clothing any more than an Antifa mask is. They are also ideological symbols associated with Islamic triumphalism. Would men wearing black ski masks on their faces routinely in the streets and stores and parks be tolerated, as they must be at violent protests? Of course not. Then French President Nicolas Sarkozy got it right in 2009 in explaining to Parliament why the burqa was "not welcome in the French Republic": "The burqa is not a sign of religion; it is a sign of subservience."

Of the 30 niqab-wearing women in Switzerland, only a few spoke out against referendum result. Of the rest who remained silent, how many were hoping the referendum question would fail, and how many were secretly delighted when it passed? I wager a fair number were smiling behind their veils—if not for themselves, for their daughters.