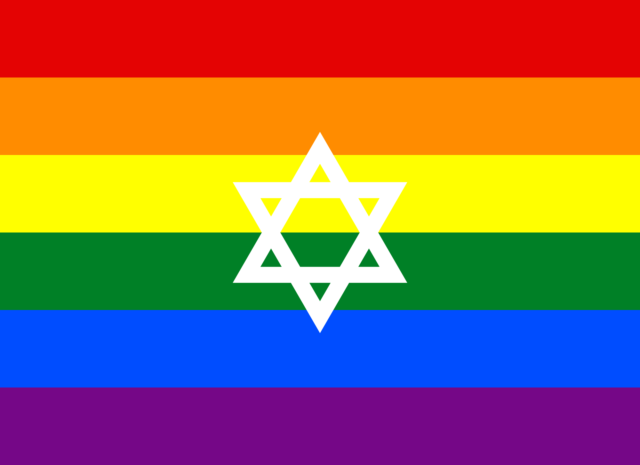 THE TORAH AND TRANSGENDERISM

In our liturgy, the Torah is referred to as the “tree of life.” But although it’s rich in general guiding principles, the Torah is paradoxically terse or mute on several of our era’s hottest issues: abortion, gay marriage and transgenderism.

These issues share two common denominators: all reverse or thwart natural procreation, and all have become litmus tests for left-wing ideologues. As a result, they’ve been artificially harmonized with mainstream Jewish life by left-leaning Jews. But philosophically speaking, these issues try to force fit square pegs into round holes.

On abortion itself – a non-issue in 1200 BCE – the Torah has almost nothing to say, other than a section on how a woman should be compensated for a miscarriage caused by violence.
In principle, however, the Torah vigorously endorses procreation and the sanctity of human life. So theoretically, especially with the advent of ultrasounds, the question of when life begins and the morality of abortion should be a hotly debated issue for Jews.

But I have yet to hear a sermon in any synagogue of any denomination in which concern is expressed over the banalization of abortion, or even over the obscenity of sex-selective abortions. Progressives consider any deviation from unfettered abortion a form of misogyny – for them, the subject is closed. But unpoliticized Jews should support regulating abortions.

On sexual preferences, the Torah is crystal clear regarding male homosexuality – it’s an “abomination” – but does not say anything regarding lesbianism. Lesbians in antiquity married and produced children, so the question needn’t have arisen. And lesbians today tend toward procreation. Male homosexuality, on the other hand, precludes, or minimizes, fertility. That is problematic for nation-building, a core Jewish imperative, and therefore just as valid a reason for the Torah to label it an “abomination.”

READ: IT’S TIME TO SHIFT THE TONE ON LGBT ISSUES

Homosexuality is certainly a hot topic in liberal Jewish forums, but only grappled with as something to be ignored or laundered as an alleged aberration from authentic Judaism. That’s not logically tenable. Justice is a Jewish ideal, which stems from the Torah. Social justice is a progressive ideal. Sometimes the twain meet, but not here. Civil unions are justice. But kiddushin is a literal act of sanctification. Ritual solemnization of gay marriage is mikveh-dipped progressivism, not Judaism.

Will transgenderism go the same fake-Jewish route? It isn’t expressly mentioned in the Torah, but there is a proscription against cross-dressing, which powerfully suggests that if the rare phenomenon of true gender dysphoria had been considered in Judaism’s formative stages, it too would have been classed as an abomination. After all, the most significant feature of gender transitioning is the obligatory commitment to permanent, artificially imposed sterility. This is ineluctably unJewish.

Progressive Jews are unlikely to view trans affirmation through a Jewish lens. But Orthodox rabbis are forced to address questions like: Can transgendered people marry the newly opposite sex?

Can a biological male with his penis removed convert to Judaism without a circumcision? When called to the Torah, is a female-to-male alluded to as “son of”?

The most challenging cases, Jewishly speaking, are the escalating numbers of people who identify as “non-binary” – neither male nor female. Torah Judaism spurns ambiguity, both in morality and in quotidian functions. Postmodernism notwithstanding, categorization is the basis of all cognitive knowledge. The Torah exemplifies that principle in the story of creation, in its resolutely binary gender perspective and in the laws of kashrut, with its elaborate checklists of edible and forbidden creatures. (Interestingly, amphibious animals like frogs and snakes, which are at home both in water and on land, are forbidden foods. Non-binary is non-Jewish.)

We are presently experiencing a social mania, in which early affirmation of gender-nonconforming children as trans has become the pedagogical and even legally compelled norm (see Bill C-16). As Jews, we should resist this ideological fad (which it will eventually prove to be). To channel Sholom Aleichem, from a Jewish point of view, it’s no sin to be dysphoric, but it’s no great honour, either.