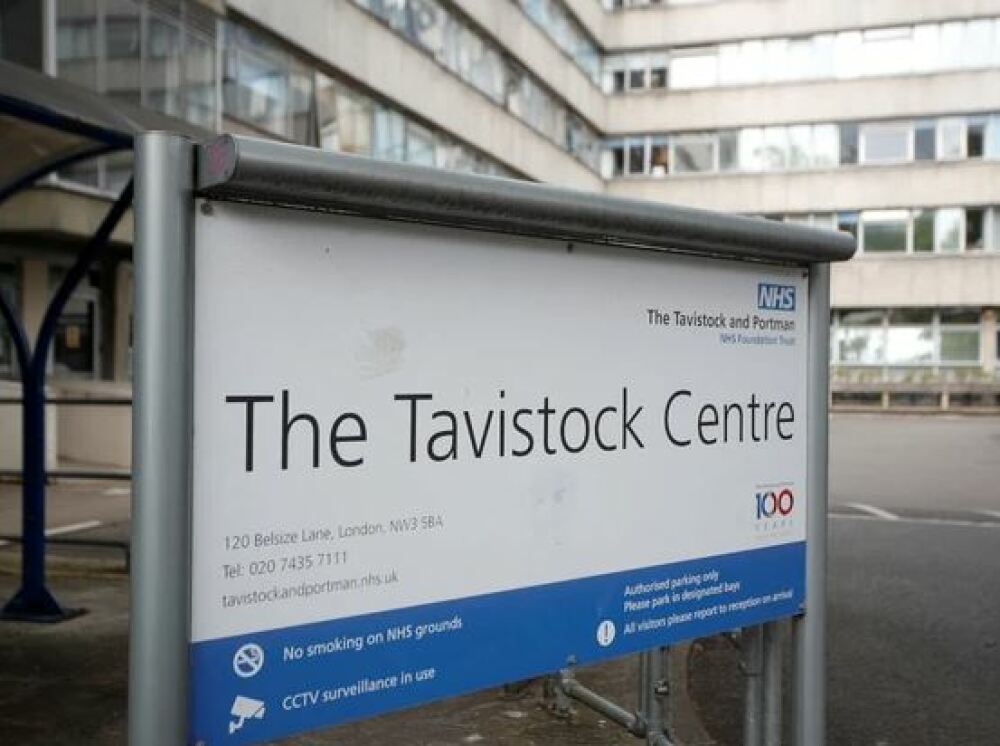 The Tavistock Centre NHS clinic is seen in London on July 28. PHOTO BY PETER NICHOLLS/REUTERS

When will Canada catch on?

England’s Gender Identity Development Service (GIDS), known as the Tavistock, is set to close next spring. Thenceforth, decentralized into regional units, staff will “embed the care of children and young people with gender-related distress within a broader child and adolescent health context.” This is a stunning blow to radical gender theorists.

An independent review under the direction of Dr. Hilary Cass, former president of the Royal College of Paediatrics and Child Health, condemned the GIDS model — typified by immediate affirmation and swift passage to puberty-blocking drugs — as one that puts young people “at considerable risk” of poor mental health, and is therefore “not a safe or viable long-term option.”

The Society for Evidence Based Gender Medicine (SEGM) welcomed the news, citing the multiple warning signs it had flagged over the years, including the “paucity of evidence” warranting puberty suppression and the ethical problems around informed consent in minors. According to SEGM, “The shut-down of GIDS is not merely a restructuring move in response to the clinic’s failed operation — it’s a move away from the ‘gender-affirming’ intervention care model, and toward whole-person-affirming care that is rooted in developmental psychology.”

This English scandal is important for Canada because the Tavistock’s penchant for rushed medicalization is echoed by gender clinics throughout our country. The Children’s Hospital in London, Ont., for example, will now dispense puberty blockers to wait-listed patients “prior to their initial appointment.”

A hospital wait list was a blessing for “Cara” (not her real name), a precocious 13-year-old girl living in southwestern Ontario. As a child, she was non-conforming. She liked boy clothes and sported a mohawk haircut. Her enlightened parents were fine with that. Cara had always felt a certain difference from her peers, and “struggled with friendships,” as her mom, “Christine,” told me. In Grade 6, Cara told Christine she might be either lesbian or bisexual. That was fine, too.

Then, along came COVID, and with it, social isolation. Cara spent an inordinate amount of time online. On TikTok, she discovered beguiling videos about gender fluidity. Their attractive animators pitched the “comfort” that came from transitioning, never mentioning the downsides. One happy-clappy video led to another.

Unfamiliar with radical gender theory, Christine was at first insouciant when Cara requested a male nickname and a pronoun change. Then, uneasy, she sought information. One friend with a trans daughter urged the must-affirm line. As Christine put it to me, “I hippety-hopped right on board.”

At the small private school she attended, the teacher affirmed Cara’s male presentation. As did a therapist specializing in gender issues. Christine was troubled, though, that the therapist seemed indifferent to the other areas of Cara’s vulnerability that had been shared with her.

At the therapist’s suggestion, Cara signed up for weekly meetings at GLO Youth Group — an LGBT outreach organization. Everyone she met at GLO seemed to Cara to be trans or non-binary. One 10-year-old participant was already on puberty blockers. Encouraged by a GLO leader (both leaders were trans adults), Cara wore a breast binder 10 hours a day for months. (She thinks it may have done her breasts permanent damage.)

The therapist added Cara to the SickKids hospital waiting list for assessment and puberty blockers. At this point, Christine was alarmed, both by the “treatment’s” rapid pace — eight weeks from the first meeting to recommended medicalization — and by the therapist’s warning that Cara could become suicidal without her support (Cara has no memory of ever mentioning suicidal ideation to the therapist.)

Cara was miserable and frequently hostile to Christine. She stopped practising clarinet (a serious interest), wouldn’t ski with her father and gained more than 20 kilograms. Happily, Christine found her way to a resistant parents’ support group and to Canadian Gender Report, a trustworthy source of information for parents (and journalists) on medicalized identity. She “leaned in very close as a parent,” refrained from all gender discourse and busied Cara with physical activities.

That was all very helpful. But in the end, it comes down to the child’s capacity to assess the trustworthiness of the allegedly authoritative adults in her orbit. “I was so gullible,” Cara told me. “I didn’t even know it was an option to go back.”

The Tavistock is covered in disgrace. Finland and Sweden have both abandoned the “affirmation model” — Sweden for under age 18, Finland for under age 25. France’s National Academy of Medicine now urges the greatest caution in the use of puberty blockers. And last year, the Royal Australian and New Zealand College of Psychiatrists issued a sober statement on ethics in treating gender dysphoria that mental-health professional associations here would do well to emulate.

Meanwhile, Canadian gender-ideology resisters, now including Cara, stubbornly plow their do-no-harm furrows. There’s some comfort in knowing that, thanks to ethical leadership elsewhere, child-focused institutions here in Canada will inevitably be held to account for betraying their missions — hopefully sooner, rather than later.