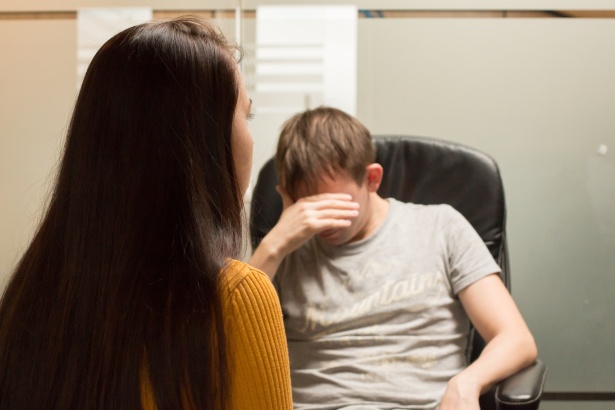 The American Psychological Association goes to war against boys and men

The American Psychological Association goes to war against boys and men

The American Psychological Association (APA) has, for the first time in its history, come out with Guidelines for Psychological Practice with Boys and Men.

One does not have to have read the entire 30,000 word document to appreciate its thrust: “traditional masculinity” is bad for society as well as to boys and men themselves. Stoicism, competitiveness and risk-taking, the qualities we consider desirable when they result in firefighting, search-and-rescue operations, self-sacrifice for women and children (see under Titanic) and combat in the defence of the nation, are, the APA believes, “psychologically harmful.”

In a section called “masculine ideology,” the APA says: “Masculine ideology is a set of descriptive, prescriptive, and proscriptive … cognitions about boys and men (academic citations added). Although there are differences in masculinity ideologies, there is a particular constellation of standards that have held sway over large segments of the population, including: anti-femininity, achievement, eschewal of the appearance of weakness, and adventure, risk and violence. These have been collectively referred to as traditional masculinity ideology.” This statement seems to have been composed by someone who has to bite her or his tongue in order not to describe manly men as “deplorables.”

Let’s unpack this a bit. By “anti-femininity,” the APA means homophobia, but homophobia as a systematic attitude was not so much a feature of traditional masculinity as of traditional society. Women in a previous era were as likely to mock homosexuals as men. “Violence” was never a yardstick for masculinity in our culture, although physicality is.

The others—achievement, eschewal of the appearance of weakness, adventure, and risk-taking —are indeed masculine qualities, and they are not part of an “ideology,” they are inherent. They are the qualities that brought humankind from caves to the Silk Road to global exploration across dangerous seas and to the moon landing. But the monumental accomplishments that can be traced directly to these masculine traits are of no interest to the APA. The Guidelines spew forth all the predictable shibboleths of social-justice warriordom—intersectionality, oppression, privilege, patriarchy, etc. Under the rubrics of Identity Politics, “traditional masculinity” is inherently toxic to women and other fragile people.

For an interesting contrast and a kind of “control” to the APA’s guidelines for treating boys and men, we turn to the 2007 APA Guidelines for Psychological Practice with Girls and Women. Here we find no criticism whatsoever of femininity, traditional or otherwise, but we do learn about the many “stressors” in girls’ and women’s lives. These include: “interpersonal victimization and violence, unrealistic media images of girls and women, discrimination and oppression, devaluation, limited economic resources, role overload, relationship disruptions, and work iniquities. Violence against girls and women is often predicated in sexism, racism, classism, and homophobia.”

Hmm. Many of these stressors apply equally to boys and men. Intimate Partner Violence is largely bilateral (and rates are statistically elevated amongst lesbians.) Nobody is more subject to “devaluation” in our culture than white heterosexual men. Men also suffer from “limited economic resources.” Same for “relationship disruptions.” What does “unrealistic media images of girls and women” mean? In my reading of the media, men are often portrayed as stupid, incompetent and/or immature. Women are very often portrayed as smart, sexy, high-achieving and confident.

The general idea promoted in these Guidelines is that women are victims. We are told they are seven times more likely than boys to be depressed, and nine times more likely to experience eating disorders. Is that men’s fault? There is no literature to my knowledge that gives evidence of any such causal link, but the APA does actually make a stab at blaming men anyway, stating “The abuse and violence in our society (e.g., abuse, battering, rape) may contribute to the development of dysfunctional behavior such as eating disorders, depression, anxiety, and suicidal behavior.” (Male suicide rates are much higher than women’s, but the Guidelines for boys and men do not suggest that women “may” contribute to them.)

So male violence “may” contribute to these female problems? Right. And you know what else “may” contribute? Climate change! Or the invention of Size 0! “May” is the ultimate weasel word when alleged experts don’t know the answer, and it does not belong in any document purporting to guide psychologists in their treatment of girls and women. In implying such a link, they are giving licence to impressionable psychologists to encourage their women patients to blame the men in their lives for disorders that can have numerous other influences, including a certain kind of perfectionism one finds more often in girls than boys (which boys and men did nothing to create), and negative relationships with mothers or female peers.

Or here’s a thought: All this depression and anxiety “may” come from female ideologues, who as educators and role models: routinely tell girls they can “be anything” and “have it all,” which causes anxiety when “all” fails to emerge, as it almost invariably does; who encourage girls to explore their sexuality without letting emotion get in the way of healthy pleasure, but fail to warn them that promiscuity can leave them feeling sad and empty and humiliated; who valorize abortion, but fail to warn of abortion’s frequent psychological impact; who deplore early commitment, even when a young woman and man happen to be right for each other; who encourage misandry by belittling or ignoring men’s legitimate concerns, or fail to acknowledge men’s legitimate contributions to society; who value career ambitions over motherhood; who confuse girls regarding the difference between being wooing and sexual misconduct; and of course who persuade girls and women that if they are unhappy, the reason never lies within, or from poorly-considered choices, but is always the fault of a “traditional” male asserting his privilege, or “social construction” that thwarts their self-realization.

The APA provides no actual evidence of any specific reason why girls and women are demonstrably more depressed and anxious than boys and men. They even admit that, “blatant forms of sexist and racist bias have decreased over time.” Instead of exploring the possibility that feminism, the most influential ideology of our era, has apparently not led to an increase in girls’ and women’s mental health and – this time I am serious, not sarcastic— “may” very well be at the root of much of female unhappiness, they double down and theorize that “the continuing presence of more subtle forms of sexist and racist bias” are in play.

Psychologists treating individual boys and men for individual problems should not be basing their approach on unscientific collectivist theories. It is hardly surprising to learn that the psychology profession has become increasingly populated by women in recent years, and also trending younger, meaning more of its practitioners came into the profession after having been steeped for years in an increasingly more radically anti-science and pro-ideological academic environment.

The Guidelines note that men are less likely than women to seek therapy because “traditional masculinity” discourages men from opening up and seeking help, but ironically, any astute male who reads the Guidelines wouldn’t want to put himself in the hands of any psychologist who’s following them. Indeed, the APA has just managed to alienate the very people it thinks are most in need of its ministrations. Good one, APA!

The lack of academic rigour and the blatantly ideology-based bias of both these sets of guidelines would be risible if the APA, with an American membership of 117,500, most of them practicing psychologists, were not such an influential body. When the APA speaks, institutions like universities and the courts listen. Vulnerable patients of these psychologists will also listen. It is fair to say that millions of lives will be intimately affected by these guidelines. And not in a good way. Because they will be affected according to their gender rather than as individuals.