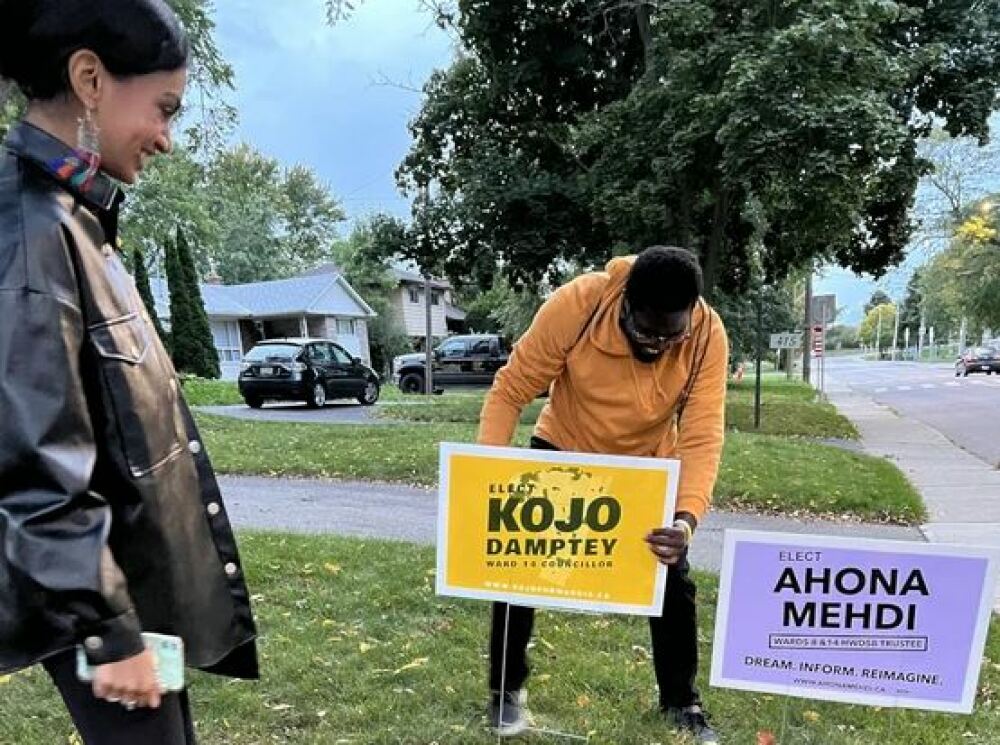 'I have never felt so hated in my life'

In Hamilton’s Oct. 24 municipal election, Hamilton-Wentworth District School Board (HWDSB) trustee Carole Paikin Miller did not seek re-election after only a single term. Her reason, she told me in an interview: “I have never felt so hated in my life.”

A popular former teacher for 40 years (and HWDSB’s only teacher trustee), Paikin Miller’s history of service to anti-racism education is impeccable. She was the first teacher in Ontario to pilot a comparative religions course in Grade 4. Her 1998 children’s book, “One Enchanted Tunelight,” whose main characters are a Muslim boy and a mixed anglophone Jewish/francophone Christian girl, won an anti-bias award from the Elementary Teachers’ Federation of Ontario, and a HWDSB profiling excellence award.

Well, the HWDSB in those days had not yet been captured by ideology. Now it is. Paikin Miller’s old-fashioned approach to combating racism with age-appropriate, character-building materials and equal respect for everyone is incompatible with the board’s current fixation on immutable physical characteristics that signal perpetual victim or oppressor status.

Paikin Miller’s refusal to abandon her classical liberal principles led to a smear campaign by Ahona Mehdi, a woke former student trustee who publicly accused Paikin Miller of racism. (Mehdi also targeted other trustees, but Paikin Miller bore the brunt of her ire.)

Mehdi sought her student trusteeship to end the school resource officer (SRO) program in HWDSB schools. The Hamilton SRO had 11 officers rotating through the 196 schools in HWDSB’s network. A 2021 Hamilton Police Association report would reveal a year-over-year decrease in youth crime between 2018 and 2019, years when the SRO was operating. But police-program efficacy is irrelevant to race hustlers.

Although trustees had voted on June 8, 2020, to ground their decision on the future of the program in favour of conducting a review of its efficacy, Mehdi advocated that it be terminated immediately. Only Paikin Miller and two other prudent trustees voted against the premature motion.

Interpreting their dissent through a racist lens, Mehdi complained on Twitter that her trusteeship had been “the most patronizing experience of my life.” The humour-challenged Mehdi sets a low threshold for patronization, though, alleging, for example, that a fellow trustee’s kibbitzing remark about Mehdi’s failure to wear the traditional “ugly Christmas sweater” to a holiday party was racialized “shaming.”

Mehdi boasts on her website: “Following my term as an HWDSB student trustee, I took to Twitter to expose issues of racism and Islamophobia within the HWDSB and among its board of trustees. Some egregious instances of misconduct included trustees either using the N-word, calling Muslims/Palestinians terrorists or silencing and alienating me as a racialized youth. This led to an ongoing campaign to remove racist HWDSB trustees from office.”

What a righteous warrior! Trouble is, the “instances” Mehdi presents appear to either be fabrications, or are based on unsupported hearsay.

Mehdi accused Paikin Miller of asserting that there was “too much Black leadership” in the HWDSB and of complaining about the focus on anti-Black racism on the human rights and equity committee on which she sat, which was composed of mostly Black members. According to other accounts from those who were in the room, however, Paikin Miller had actually said she was “uncomfortable that we’re speaking about only one group (Black people),” explaining that other forms of bigotry also deserved attention — a difference with a connotative distinction.

Mehdi’s allegations of censorship and racism expressed by four trustees, including Paikin Miller, were handed over for investigation to the Toronto law firm, Koskie Minsky. Its final report on Mehdi’s complaints, delivered in March 2021, exudes bias against the “defendants,” tilting heavily toward endorsing Mehdi’s unsubstantiated accusations. According to sources, even the HWDSB lawyer called the report an amalgam of “opinions” and a “hearsay document” (for which HWDSB paid nearly $84,000.)

Yet even that report found that there was absolutely no evidence to support Mehdi’s allegation about the use of the N-word, noting that, “None of the witnesses … recalls hearing any such language.”

Although alleged racism was at the core of their mandate, the investigators did not define this pivotal term — a startling omission that presages the report’s holistically amateur tone. Moreover, there have been questions raised about one of the witnesses, on whose word almost all the accusations against Paikin Miller depend.

According to Paikin Miller’s husband, Paul Miller, a former NDP MPP who himself was the target of racism allegations that caused him to be booted from the party, the witness in question is closely identified with his political enemies within the Ontario NDP. Last spring, Miller launched a lawsuit against the party and its former leader, Andrea Horwath, for discrimination, conspiracy and breach of contract.

For one example of her unreliability, the witness brought up a social meeting in which Paikin Miller mentioned a 2017 trip to Israel. The witness alleged that Paikin Miller alluded to Palestinians as “terrorists.” But Paikin Miller clearly remembers her “terrorist” allusion as (legitimately) descriptive of Hamas.

In another example, the witness “felt uncomfortable with (Paikin Miller) using the word ‘Arabs.’ ” But Palestinians are Arabs. (Who’s the bigot here?) I am far from alone in finding the degree of anti-Israel animus in the witness’s testimony sufficiently frosty to have raised suspicion in any objective investigator of a more primordial underlying bias.

The particular finding that Paikin Miller had, “on a balance of probabilities,” made “anti-Muslim” remarks, caused the scrupulously ‘kumbaya’-level multiculturalist Paikin Miller, who said she “never made an anti-Muslim remark in my life,” extreme anguish at being placed in such a false light. (Coincidentally, Ontario recently recognized “false light” as a new privacy tort.)

The report was a show trial. No evidence was sworn under oath. No cross-examination was permitted. Mehdi’s complaint was treated by Koskie Minsky as though it was an official “code of conduct” charge, when it wasn’t.

The board then glommed onto the report as if it were an actual court judgment to justify sanctions. They apologized to Mehdi for her alleged travails, and asked Paikin Miller to resign. She refused. So they removed her from all her committees. Humiliated, Paikin Miller made the decision to retire.

In other Oct. 24 news, Ahona Mehdi lost her bid for election in HWDSB Wards 8 and 14. I’d be lying if I said I was sorry.