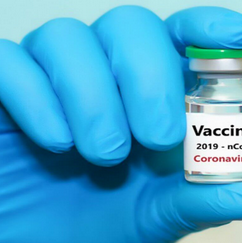 The divisive politics of COVID lead to vaccine hesitancy

State intervention to constrain the spread of an infectious disease is nothing new, and has been efficacious in almost eradicating in this part of the world what is one of the more pernicious maladies humankind is heir to.

I am not talking about anti-vaxxers in general, with whom it is futile to debate. I am talking about the specific vaccines for this specific virus and its variants. Normally I am all for individuals enjoying the greatest liberty possible. But the evidence is clear that the incidence of COVID diminishes in proportion to rising rates of vaccination. The more of us that get vaccinated, the sooner we are all liberated from imprisonment. The fewer, the longer it will take for all of us to feel protected.

The good news is that the numbers of resisters are going down. Angus Reid polls show that last September, only 39 percent of Canadians affirmed that they would happily take the vaccine "as soon as possible," while 16 percent were unequivocally opposed to taking it, and 7 percent "not sure." But by their March 4 poll, 66 percent of Canadians said they would take it ASAP, with only 7 percent definitely opposed and 5 percent unsure.

There's no question that those who are unsure about this vaccine in particular would be incentivized to get their jab if they needed an immunity pass: not only for formal institutional settings like hospitals and courtrooms, but (eventually) to access concert halls, restaurants and sporting events.

Libertarians break out in hives at the very idea of a vaccine passport, as though this were an unprecedented attack on citizens' civil liberties. But hardline government measures to contain or eradicate pernicious viruses is old news. Nobody balked at them in the past, and democracy did not die in darkness when they were imposed.

Consider, for example, the difference in government approach to two diseases: one very old—tuberculosis—and the other quite modern—HIV/AIDS. Which is precisely what psychiatrist Miriam Grossman did in her 2006 book, Unprotected: A campus psychiatrist reveals how political correctness in her profession endangers every student. As a campus physician, Grossman had different professional obligations to her students, depending on the disease.

In Grossman's scenario, Tom was a student from South Korea, a country where tuberculosis is endemic. Tom feels fine, but he could still be incubating the bacteria. Brian, an American student, may have HIV. Both diseases can be fatal if untreated. Both are capable of infecting others without knowing it. (The same of course is true for many asymptomatic COVID-infected people today.) As well, both HIV and TB respond well to early treatment, so it is both logical and a public good to detect infection as early as possible.

Of course there are important differences in transmission and incidence between HIV and TB. TB is airborne, while HIV is transmitted sexually, or through infected needles. Worldwide, tuberculosis is still one of the top ten causes of disease-related deaths, but thanks to strict interventions, the incidence of TB in the US has plummeted 95 percent since case reporting began in 1953, and is now at 2.7 cases per 100K people. The incidence of active tuberculosis in Canada in 2017 was 4.9 per 100K. The incidence rate for HIV is 13.3 per 100K in the US, 5.6 per 100K in Canada. So the numbers are comparable. TB is curable and usually is cured; HIV is manageable, but can be fatal if untreated.

The most important difference from Grossman's point of view was the stark disparity in her professional obligation towards Brian and Tom. If Brian were to confirm to her that he had HIV, her role was to urge him to inform his boyfriend, to use condoms and to limit his casual sexual behaviour. That's it. She could not force him to do any of that, nor was she obliged to report him to any health authority.

It was quite another story for Tom. If he had lived with an infected relative in South Korea, Grossman was expected to give him a tuberculin skin test. If it was positive, she was obligated by law to fill out a confidential morbidity report giving all his personal information, including his social security number and ethnicity, to the Department of Health. (Similarly strict measures are mandated in Canada as well.) If she failed to or delayed doing this, she could be subject to citations and fines for violating state regulations. She wrote that she could also have been in trouble with the medical board for failure to report a suspected communicable disease.

When the department of health got Grossman's report, they would start an investigation. A public health officer would show up at Tom's dorm within three days to identify, examine and evaluate his roommates. If Tom was not cooperative, the state would step in to enforce their "communicable disease laws." If Tom missed a screening or treatment appointment, then a second and third, he would be served with a legal notice to comply.

If he had TB, and there was reason to suspect he was not taking his meds, he might be required to have "directly observed therapy," taking his pills in the presence of a public health nurse (This rule applies in Canada as well.). If he was persistently uncooperative, he could be detained and, following due process, confined in a locked facility. As Grossman notes, "For the protection of public health against tuberculosis, the state has a long and a strong arm."

Why, Grossman legitimately asked, "am I mandated to protect Tom, but not Brian?" Why were Brian's roommates not to be informed of his condition, as Tom's were? Where were the public health workers that will ensure he gets treatment?

Nowhere, because in Grossman's estimation, any judgmentalism around sexual behaviour, especially gay sexual behaviour—an exponentially higher risk factor for HIV than heterosexual sex—was politically incorrect. Gay activists shamed public health officials by identifying their common sense attempts to limit promiscuous gay behaviour as homophobia, and the officials backed down (Interesting sidebar: a certain young Dr. Fauci was instrumental in spreading the falsehood that HIV could be spread within households through casual contact, a theory that ran counter to the scientific consensus.). As a result, many young lives were lost to AIDS that could have been saved by rhetorical honesty and strict interventions.

In a more contemporary version of that same tendency, it was considered politically incorrect to criticize super-spreader BLM protests, with thousands of people yelling in each other's faces in the streets. Fighting racism was declared beneficial for public health (in the US and other countries as well, including Canada), as it would have been politically incorrect to criticize anti-racism activists, even though very low-risk behaviour, like skateboarding at a social distance, or walking a dog alone in a park, or attending religious services, sitting quietly and distanced, was condemned and proscribed.

And treatment for COVID became so politicized when Donald Trump expressed enthusiasm for Hyrdroxychloriquine that although it had been much in the news and freely discussed up to then, any further public discussion of its use became taboo. Too bad, because good-faith research on HCQ provides persuasive information arguing for its effectiveness, as long as it is taken in the disease's incipient phase.

Tuberculosis is not nearly so easy to catch as many other airborne diseases, but before there was a cure for it, it was rightly dreaded. The drive to eradicate TB began at a time when public trust in the government was a great deal higher than it is now, and of course there was no Internet to amplify divisions and spread good-faith dissenting scientific  views (or pseudo-scientific views or outright disinformation). As a result, in the old days, disease was not politicized.

In fact, when anti-colonial polemicists allude to the shockingly high death rates in the residential schools, implying that the deaths are related to abuse by those running the schools, they are allowing their politics to over-ride epidemiology. Many of the children arrived at the schools already infected with TB, and their deaths were no fault of the schools.

And so it is easily imaginable today, if, say, an Indigenous Studies graduate student were to trace the history of tuberculosis in Canada, he or she might not only decry the introduction of TB to indigenous peoples as (correctly) a product of colonialism, but might also identify the government's tough approach to curtailment of its spread as a marker of colonialist oppression rather than the most effective way to "flatten the curve" and eventually eradicate the disease. It would be quite tragic for the victims who would suffer the consequences if TB strictures were loosened as a virtue-signaling symbol of political alliance with anti-colonialism.

The bottom line is that state intervention to constrain the spread of an infectious disease is nothing new, and has been efficacious in almost eradicating in this part of the world what is one of the more pernicious maladies humankind is heir to.

Personally, I have no objections whatsoever to a vaccine passport, any more than I object to voter ID. There's a reason you don't hear much about smallpox anymore. Vaccines. You don't want one? Don't get one. And then stay home.