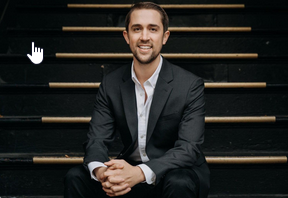 This shining victory, whether brief or long term in its tenure, should be savoured to the full by Rufo and Peterson.

The war on critical race theory indoctrination is worth winning

One of the more repulsive domestic aspects of the First World War in England was the "White Feather Campaign.” Though physically near-weightless, in its symbolism—male cowardice—the white feather was heavier than Tungsten. Women motivated by a hysterical form of patriotism would hand them to any able-bodied man they saw on the streets as a goad to enlisting (or re-enlisting). It was such a shaming experience that it often worked. But in the end, the campaign backfired, because it weaponized an essentially noble feeling and cruelly stigmatized many good and honourable men.

The white-feather campaign went dormant for 100 years, but it is back for deployment in a new kind of battle—a civilizational war in which patriotism has been replaced by oikophobia—cultural self-loathing induced by critical race theory (CRT), which has rewritten the origin story of western civilization in general and the US in particular.

The draft is back, but this time it comes in a cognitive, not military form. Anyone who isn’t on the front lines is handed a virtual white feather symbolizing complicity with social injustice. That little cadre of women has now metastasized into our entire network of social, educational and cultural institutions. To demonstrate our oikophopbic solidarity, we must take the knee, raise the fist, sign the Equity Diversity and Inclusivity (EDI) statements, submit to the Implicit Bias Test, submit to the sensitivity training, perform the blanket exercise, acknowledge the genocide, admit our white fragility. Or else. No, not shot at dawn, not imprisoned. But mobbed on social media, professionally cancelled, forced to recant, and shunned by our erstwhile colleagues and friends. The feather is so pervasive and shaming, it is no surprise resistance is considered socially aberrant or just plain futile.

Some of the men who were served with the white feather during the Great War were conscientious objectors, people with scruples against military service of any kind under any circumstances. Rulers have never been sympathetic to such dissidents, but their belief system was at least acknowledged as a fact of life, and even non-democratic governments exempted certain pacifist groups from battle, such as the Mennonites in Prussia and the Doukhobors in Czarist Russia, as well as the Quakers in England.

Freedom of speech is often curtailed in both democratic and non-democratic societies, but it is only in fundamentalist religious or politically totalitarian regimes that compelled assent to a party line is non-negotiable, with no exemptions.

Conscientious objectors of the past had the comfort and support of their religion or union’s brothers and sisters to sustain their courage. Today such objectors have neither official recognition nor any organized fellowship (such as Lech Walesa’s Solidarnosc in Poland). They act as principled individuals, tightrope-walking across a chasm without a net. So their courage in speaking out is exponentially more laudable and inspirational, and they should be publicly honoured for the service they perform on our behalf.

In August, an article in these pages recounted the story of Casey Peterson, the “dissident electrical engineer” at Sandia Labs, a top nuclear energy research facility in New Mexico that designs nuclear weapons, whose conscientious objection to Sandia’s EDI program was brought to public attention by investigative journalist and City Journal contributing editor Christopher Rufo. It went viral on Twitter. Amongst other particulars in Rufo’s reportage that troubled anti-Wokeshevists, Sandia’s white male executives were subjected to mandatory training that included writing letters apologizing to women and people of colour.

A kind of latter-day Spartacus figure, Peterson wrote a memo to Sandia’s 16,000 employees detailing his opposition to the imposition of CRT in the lab, with the intention of sparking a rebellion against management. Peterson also felt “morally obligated” to make a video, titled “Pushing back on the Narrative of Modern Systemic Racism & White Privilege,” supporting his objections (do watch it: it is a useful, evidence-based primer on CRT and its many fallibilities), which immediately garnered 10,000 views within the facility.

Peterson was put on “paid administrative leave” and an investigation was undertaken to see if he was a threat to the security of the lab, a ridiculously disproportionate response, and guaranteed to increase his stature as a martyr amongst his supporters.

Both Peterson and Rufo found wide audiences for the attempted uprising. Normally such a fracas would have died down following a saturation point of interviews and commentaries in the heterodox media, and nothing substantive would change. But in this case, via several appearances on Fox News’s Tucker Carlson show, Rufo was able to leverage the David v. Goliath story to the highest political level.

In one segment, Rufo painted a very troubling picture of the indoctrination all military recruits receive in CRT, toxic masculinity, micro-aggressions and other CRT essentials. Here is a good example of the white feather turned on its head. No longer “in the shadows,” CRT is part of the core curriculum for all armed forces. Rufo told Carlson that teaching those who must defend their country that they are afflicted with “toxic masculinity” is to “degrade their sense of identity, their power.” During the Great War women used the feather to accuse men of insufficient masculinity. The new white feather warns service men (primarily) against expression of their masculinity, even in service to their country.

Rufo had earlier called on the president to immediately issue an executive order to end the widespread practice of indoctrinating federal employees with CRT. It got Trump’s attention. On Sept. 4, the White House issued a memo, stating that “all [federal] agencies are directed to begin to identify all contracts or other agency spending related to any training on ‘critical race theory,’ ‘white privilege,’ or any other training or propaganda effort that teaches or suggests either (1) that the United States is an inherently racist or evil country or (2) that any race or ethnicity is inherently racist or evil. In addition, all agencies should begin to identify all available avenues within the law to cancel any such contracts and/or to divert Federal dollars away from these un-American propaganda training sessions.”

On Sept 22 Trump extended the order to include federal contractors, which will serve to liberate from ideological oppression a great swath of employees in innumerable companies seeking federal contracts. Rufo tweeted on Sept 25. that the military are very pleased by the turn of events.

“I just had a meeting with a senior JAG officer in the military command. He told me that the orders came down to stop their critical race theory programs—and the officers were relieved and happy that they're gone. The tide is turning. We are winning.”

Of course, executive orders can be annulled by a new incoming president. And doubtless this one will be if Joe Biden wins the election. But this shining victory, whether brief or long term in its tenure, should be savoured to the full by Rufo and Peterson. They have earned their chapter in the history books. Whether that chapter records their triumph as a pivotal point in their nation’s return to sanity and national health, or as a short detour off the road leading to a civilizational abyss, remains to be seen. Carpe diem.