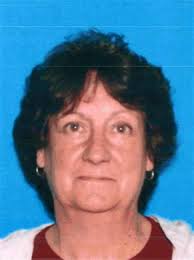 The news cycle of the last two weeks has turned up two remarkable pit bull-related stories in North America, both worthy of editorial mastication, so to speak.  There is a third story, also noteworthy and included below, which didn’t make the mainstream news, but should have.

The first story, out of Littlerock, California, informs us that 31-year old Alex Jackson has been convicted of second-degree murder in the death of 63-year old Pamela Devitt, and has been condemned to a sentence of 15 years to life. Jackson’s four pit bulls leaped over their fence and attacked Ms Devitt while she was out for a morning stroll, biting her 200 times and dismembering her arm. She died of blood loss. The severe sentence reflected Jackson’s history of indifference to warnings following at least seven other episodes involving his violent dogs.

The sentence is well deserved. Ms Devitt’s horrific mauling was entirely preventable. The dogs were dangerous weaponry – grenades Jackson knew could explode at any time. He is more culpable than the dogs, because they cannot tell right from wrong. Justice in this case will not be of much solace to Ms Devitt’s loved ones for their tragic, entirely preventable loss. The precedent now set does, however, provide hope to public safety activists in this area that in future, the punishments meted out to other irresponsible owners of dangerous dogs– up to now risibly light – and on the first, not the seventh, occasion, will begin to serve as a deterrent to ownership, or at least to more scrupulous attention to adequate enclosures, which in itself will prevent many human and animal tragedies.[1]

The second story, from Toronto, Ontario, is a report, and its editorial aftermath, in the Toronto Star regarding the success of Ontario’s 2005 province-wide pit bull ban, the first large-scale anti-pit-bull law of its type on this continent––although,  as the Star pointed out,  “It’s a misnomer to call it a ban. Hundreds of pit bulls remain in Toronto. The legislation forbids their breeding and importation;  it requires them to be neutered,  and they must be leashed and muzzled when appearing in public.”

The numbers are in, and they are very damning for pit bulls.[2] As noted in their follow-up editorial, “In 2004, the last full year before the ban, there were 984 licensed pit bulls in the city and 168 reported bites. Last year there were 501 pit bulls registered in Toronto, and just 13 bites. That’s right — the number of reported bites went from 168 to 13.”[3] The Comment editor of Canada’s National Post newspaper, Jonathan Kay, applauded the Star’s findings and firmly criticized diehard activists in favor of repealing the ban.[4] He critiqued them for their false beliefs “as defenders of what they naïvely regard as the doggie world’s misunderstood but adorable bad boys.” And he scolded them for the absurdity of their identification of breed bans with racism, “an argument that is both incorrect and insulting to the victims of real racism.”

The bigger-picture takeaway here is that in spite of their volubility, “awareness” days, blogger obsessives and endless online galleries of infant-kissing, tutu-clad pit bulls, activists are not influencing the rational elites of mainstream society. Responsible observers of different political persuasions in two out of Canada’s three national newspapers (editorially, the Toronto Star is left-wing, the National Post right of centre) still look to objective evidence in making up their minds. When the evidence points irrefutably in one direction, they are not deflected by emotive kitsch. (And, as an aside, when it is left up to ordinary people to decide, common sense usually favors bans.[5])

Now for the story that didn’t make national news (it did make local news). It concerns an art exhibit whose meaning transcended art, certain attendees whose motivation had nothing to do with art, and the fine line between freedom of speech and public-institution integrity.

ArtPrize is an outdoor, international art competition, in continuous progress from September 24 to October 12,  2014.  It occupies three square miles of downtown Grand Rapids, Michigan and invites the public to its epicenter, Calder Plaza, to enter into a “conversation” about what art is and why it matters.

This year a three-dimensional entry called “Out of the Blue,” 15 feet wide by 150 feet long, by Joan Marie Kowal, features thirty individual crosses decorated with flowers in the nation’s first physical memorial for victim of dogbite-related fatalities (the installation’s name epitomizes the nature of the attacks). Many involve pit bulls. Visitors are encouraged to express empathy for the victims by leaving flowers and other tokens in a designated memorial space. Information is provided at the site on bite prevention and responsible dog ownership.

Predictably, given the ferocious tensions between pit bull owners and anti- pit bull crusaders, many of them attack survivors themselves or loved ones of victims, the memorial became what is known in academic jargon as a “contested site.” While victims and their supporters came to mourn and comfort each other, some pit bull advocates could not resist the temptation to violate the solemnity of the occasion. They congregated, wearing t-shirts identifying them as activists, with their pit bulls, alongside the memorial, a visual challenge and a willful disruption of the healing atmosphere the memorial was meant to encourage. As Ms Kowal, the artist, stated in emails to MLive and the Grand Rapids Press, “visitors can’t even see the art and many have told me the bully breed owners, sitting on the ledges blocking the view of the victims’ biographies and refusing to move, makes them unable to enjoy the piece.”[6]

Although unseemly and cruel, their presence was not illegal.

But the presence of one attendee at Calder Plaza, Rachel Jensen, is particularly discomfiting. Ms Jensen is an animal control officer with Grand Rapids’s Kent County health Department. A photo of Ms Jensen with her friend Emily Sanders, on a Facebook page, taken at the event, both cuddling large pit bulls, is followed by comments indicating that both were present at the exhibit for advocacy reasons (“we put the Make Michigan Next fliers with pro-pibble stats and bite info in her info box” and ”You guys rock. Thanks for getting on that so fast and bringing your pups out to raise awareness.”)

Given their role as tax-funded first responders in dog-related crises, it is reasonable to assume that animal control officers should be politically neutral in breed-related debates. Or at least appear to be. Because if it is known that an ACO is biased in favour of a particular breed, one might justifiably be concerned about her faithful reportage around attacks.

Responding to my media query around the propriety of Ms Jensen’s presence at ArtPrize with her pit bull, the Kent County Health Dept Communications manager, Lisa Laplante, addressed only the legal aspects of the matter, noting that Ms Jensen (she did not name her; I am naming her) was “on her own personal time” and there had been “no violation of employee policy.” Stonewalling, in short.

I wonder if we would see the same reaction if, say, a police officer “on his own personal time” were to attend a memorial for the Sandy Hook massacre of children, and have himself photographed there, grinning triumphantly while holding his hobby assault rifle aloft, inviting congratulatory comments on his pro-active support for the right to bear arms, within view of victims’ parents and friends. I think in such a case, the public outcry would be instantaneous and virulent. I daresay that if no employee policy existed before the incident, one would be hastily implemented, forbidding all law enforcement personnel from publicizing their support for the NRA on occasions dedicated to gun victims.

However legal Ms Jensen’s behavior was, it was also psychological abuse of her own, so to speak, clients. I therefore deplore in the strongest possible terms the evasive bureaucratise employed to deflect attention from this irreducible fact. Ms Jensen is not just another member of the public. She represents a government department supported on public monies. Her job requires her to maintain scrupulous objectivity in canine-related crises. Realistically it is common knowledge that pit bull advocates gravitate to jobs in the control and shelter industry, and they see no ethical bright line between their official job and their passion for pit bull advocacy. There is nothing we can do about that. At the very least, though, there should be limits placed by wiser heads on their freedom to advertise their bias, in particular when their activism causes psychological harm to members of the public.

I hope that this incident will lead to self-interrogation on the part of authority figures in the Kent County Health Department, leading to new protocols for employees designed to protect its badly-stained image. I hope such an initiative will encourage other such departments around the nation to follow suit – in their own interest and as a symbol of respect for those survivors of pit bull attacks who wanted to visit “Out of the Blue,” but whose traumatized psyches could not bear the thought of sharing space with clones of the dogs who ruined their lives.