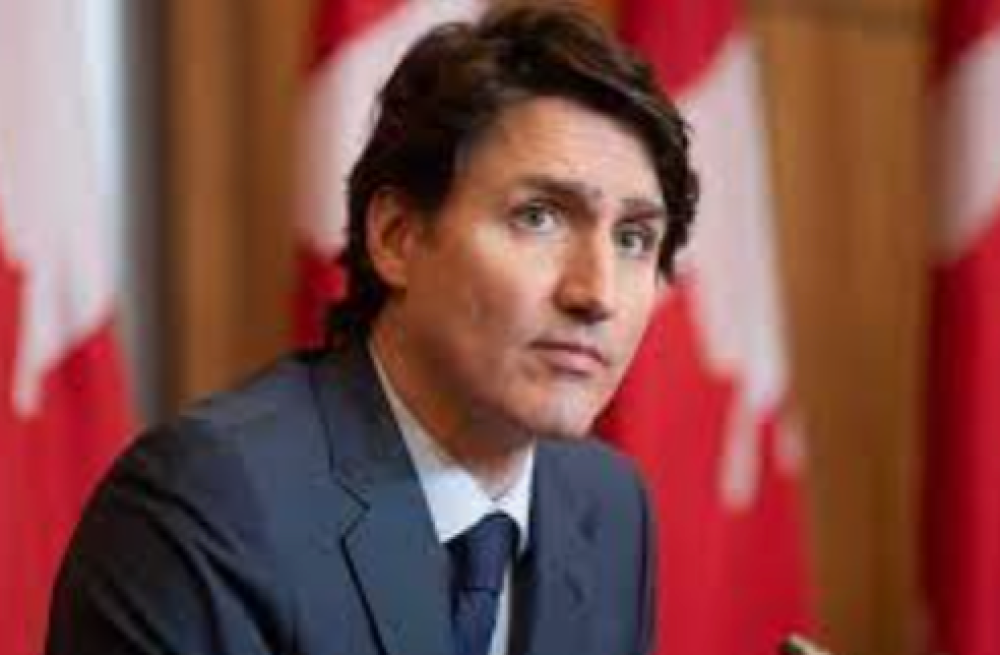 “Everything Trudeau and his minions said was crafted with a view to ginning up a moral panic around the protest.”

The Freedom Convoy’s sojourn in Ottawa, culminating in Prime Minister Justin Trudeau’s “Just watch me (Daddy)” moment in proclaiming the Emergencies Act, revealed a huge iceberg of discontent lurking beneath a Covid-compliant tip. Its reverberations have been felt around the world, most recently emerging in harsh denunciations (“tyrant,” “dictator”) by Members of the European Parliament.

Because the mainly Trudeau-friendly media were willing to peddle Trudeau’s branding of the Convoy participants as, so to speak, Diesel Deplorables, the whole enterprise streaked with neo-nazism, misogyny, racism and insurrectionist zeal, many Canadians actually believed that the Emergencies Act was a proportionate response. It was not. It was as disproportionate as it is possible to be in a nominally democratic country.

To get a head start on understanding the scope of Trudeau’s manufactured outrage and his government’s over-reach, I recommend a long (three hours) but illuminating interview with Alberta-based constitutional lawyer Keith Wilson by lawyer/podcaster Viva Frei. Wilson is on contract to the Justice Centre for Constitutional Freedom in order to act in a court challenge for “Freedom Corps” – a.k.a. Tamara Lich, Chris Barber and other Convoy organizers.

Wilson had been “so concerned about the loss of freedoms” during Covid-19 – the travel mandate, the quarantine hotels – that he was elated to see the “unleashing of this internal desire for freedom” by the truckers, and stirred by the numbers of ordinary Canadians who came out to cheer them on in sub-zero weather. He seized the opportunity to become directly involved professionally with alacrity, and ended up spending 19 tense and demanding days in Ottawa.

Listening, one has the cumulative impression that the fix was in from day one for the truckers by a collusive medley of civic, enforcement, media and institutional forces. The laziness of the media was compounded by the laziness of law enforcement. In one instance, Wilson notes, an order by the Attorney-general of Ontario relied on an affidavit by a police officer, whose testimony was based almost entirely on hearsay, such as media reports, which were themselves based in hearsay. The “circularity” of the accusations was astonishing.

Wilson observed that Antifa groups would come out at night to perform mischievous acts, such as slashing tires and vandalizing trucks. So the truckers organized a night-time watch system. When they apprehended an Antifa perpetrator in action, they did not beat him up, but called the police, who came and arrested him. But the next day, the police would report that “violence” had occurred at night without specifying who did it.

Wilson plausibly believes that Trudeau’s people and the police chief were yearning to see acts of thuggery by the truckers and were frustrated by their law-abiding and disciplined refusal to play their assigned role as provocateurs. So frustrated that they simply made new laws up out of whole cloth. Suddenly it was “aiding and abetting” and “mischief” to bring food or fuel to the truckers. As Viva Frei commented, these baseless edicts only called forth the contempt of those targeted, creating an “I am Spartacus” moment, with hundreds of people walking around with jerry cans, making the new “law” unenforceable.

That was an optics win for the truckers and their allies. For a more material win, Wilson pointed to the injunction against the noise of the airhorns, which did not rule against the protest itself, as long as the noise was confined to reasonable times of the day. The judge explicitly stated peaceful protest was a citizen’s right, and so the defendants could continue protesting as long as they respected terms. Yet far from acknowledging that this was a victory for the truckers, Trudeau and his media helots persisted in calling the “occupation” an “illegal” protest in order to pave the way for punitive counter-measures.

The GoFundMe fiasco, constructed on false allegations of “dark money,” “Russians” and “Trump money,” was exposed as baseless by FINTRAC, an arm’s-length agency reporting to the finance minister and tasked with ensuring public compliance with Canada’s laws to prevent money-laundering and financing of terrorism. In testimony, as the National Security Committee probed violent extremism and those funding it, MacKillop stated, “We have not seen a spike in suspicious-transaction reporting related to this.” Where did the idea that crowdsourcing for the truckers might be associated with such grave crimes as money laundering and terrorism come from? Not from any evidence, that’s for sure.

Everything Trudeau and his minions said was crafted with a view to ginning up a moral panic around the protest. (An educated, but gaslighted friend asked me in all sincerity, concerning the Emergencies Act, “What else could they do? The truckers were planning to overthrow the government.” So: no weaponry, no attempt to enter Parliamentary buildings, no attempt to block government processes, no violence, no arson. Some insurrection. His fear was entirely manufactured out of whole cloth by an unscrupulous cabal of divisive elitists.)

I could go on. As you can imagine, a three-hour interview introduced enough material for several columns. Suffice to say there are threads in it that should disturb any Canadian who thinks judicial decisions are made strictly on the basis of law, or who believes the Emergencies Act was imposed in good faith. (Why did Trudeau so abruptly withdraw the Emergencies Act? Too many details to relay here, but I assure you, according to Wilson’s account, a very juicy story indeed.)

When Wilson told Brian Peckford, former premier of Newfoundland (and a signatory to the Charter) that the Emergencies Act was about to be declared, he responded, “Dear Lord!” That is what I said to myself when I learned from Keith Wilson that the Freedom protest was literally in the process of cooperative dismantlement at the very moment that the proclamation was issued.

When the dust settles on this momentous event, which may take some time, the Trudeau government will be judged in the court of public opinion, here and abroad, as the ignoble apprentices to de jure authoritarianism they have for years been inching toward de facto.