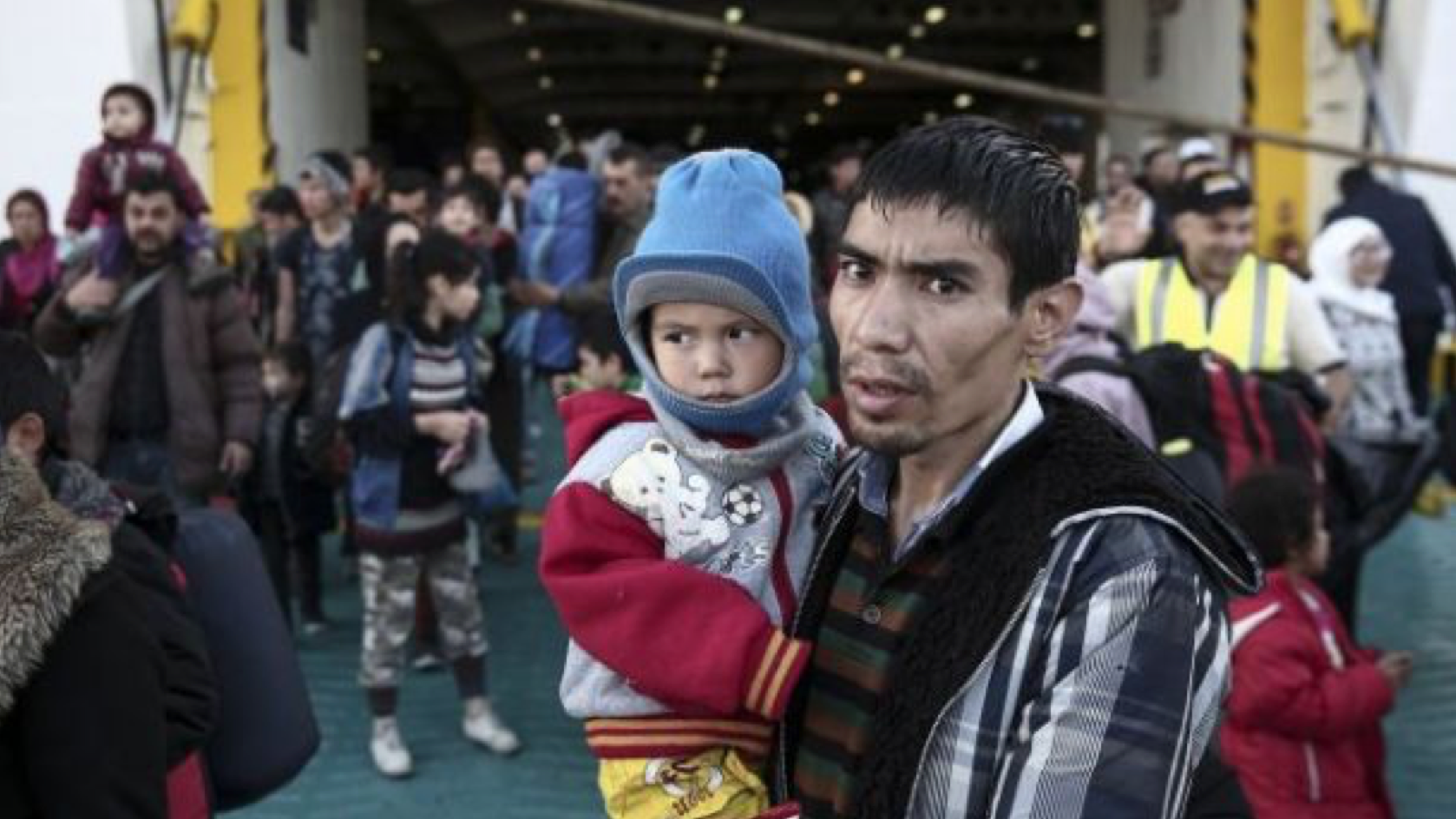 Trudeau must find the maturity to reconsider timeline on refugees

Justin Trudeau was sworn in as Prime Minister on Nov 4. Only two weeks ago, but it may as well have been 10 years ago. For in the light of last week’s horrific attacks in Paris, our world has shifted on its axis.

And yet, although Trudeau clearly knows cognitively what has happened, he is acting as though nothing has changed. He is determined to implement his sunshine promises, as though he didn’t see the lightning bolt, or hear the rumble of the thunder. Under the circumstances, Canadians would happily accept reconsideration of former promises, and would approve an extension of the timeline on the slated 25,000 Syrian refugees before year’s end. But it seems that upholding the pre-Paris image of the “sunny ways” Liberals is more important to Trudeau than responding to the “Sunni ways” reality of an unanticipated historical detour.

On its face, and in the light of the migratory influx in Europe, 25,000 seems a nugatory figure not even worth arguing about. How can we complain when, for example, the small country of Austria will shortly have seen 375,000 migrants pass through their borders, about a quarter of whom will stay to apply for asylum, adding one percent to its population in a span of three months. Germany will eventually be obliged to settle more than a million Muslims from a variety of countries. We are witnessing a crisis of extraordinary significance, and it was natural, even before Paris, for everyone in the West to feel deep apprehension about what the effects of such a dramatic demographic shift will be.

Post-Paris, mere apprehension has deepened to anxiety. Even though it seems that only one of the Paris attackers infiltrated from Syria, with the rest “home-grown,” one is enough to stoke fears that ISIS’s boast that they have sent thousands of jihadists from the Middle East and North Africa to Europe within the refugee flow was founded in truth. It seems rational to set aside emotion generated by human tragedies captured in heartrending photos, and assess the situation in terms of our own interests rather than the wishes of refugees.

I say wishes, because relatively few of the Syrians who want to come to Canada are in actual danger of their lives if they stay in refugee camps. There are persecuted groups – Christians, Yazidis, women without protection – who have good reason to fear that they will be enslaved or killed if they stay. We should fast-track them, as we can be sure that they are not ISIS agents, and as certain as it is possible to be that their children will not become radicalized into Jihadism. There is no emergency with regard to the rest. Such a suggestion immediately raises a charge of racism. Nonsense. It is not prejudice against Muslims to privilege such groups, any more than it would have been prejudice, in 1941, to fast-track Jewish refugees from Nazi Germany over ethnic Germans, even ethnic Germans who were politically neutral or opposed to Nazism, for Jews faced certain persecution and eventually death, while ethnic Germans did not.

According to the High Commission for Refugees, there are 60 million refugees in the world today. Refugees by definition are people who are fleeing from war conditions within their own countries, but who would return to their homes if conditions were safe. We are treating Syrian refugees – mentally at least – as if there will never be a home to return to. Why? The future looks bleak at the moment, but in a year or two or three, conditions might be acceptable for return. But they will never return if they have settled thousands of miles away. Right now the 1.5 million refugees in Turkish camps are relatively comfortable, and certainly out of harm’s way. There are other safe spaces as well. For these refugees, return will be viable and easy to facilitate.

Obviously refugees in these camps are not happy about a long-term stay, as they haven’t full legal status, which means no right to work or rent property legally. Certainly that’s not a pleasant situation, but it is no worse than it is for, say, the approximately 300,00 Palestinians in Lebanon, who have been there for generations and still have no legal status. With the support of the UN, they are living well enough. In any case, they seem to think it is preferable to languish in this political limbo forever – they know in their hearts they (the grandchildren of the actual refugees) – are never going “home” to Israel. Why should Syrians not be able to tolerate for a few years what Palestinians have well tolerated for three generations?

We might wish to pretend that there is no difference in welcoming Muslims from the Middle East from welcoming the Vietnamese boat people, as we did with such warmth and generosity first in 1975-6 and then in greater numbers in 1979-80, about 55,000 all together. Indeed, at the time, some people feared that amongst the refugees there might be Communist agents sent to infiltrate our institutions. Who knows? Maybe there were Communist spies amongst the boat people (I personally doubt it). If there were, we heard no more about it once they arrived.

Even if there were, though, there is a dramatic difference in the threats presented by the respective ideologues. In the West infiltration occurred peacefully, according to the rubrics laid down by Communist theorist Antonio Gramsci, and his promotion of ideological victory via “the long march through the institutions” by intellectuals (who, as “tenured radicals” in the academy, accomplished the task – a cursory overview of the totalitarian show trials being performed on campuses all over the U.S. is living testimony to the cleverness of the idea). ISIS’s prescription for victory over the West on the other hand is, as we have witnessed many times, through terror. A distinction that should give us pause. Add to that distinction the further reality that the Vietnamese were never raised on a steady diet of anti-Semitism and anti-westernism, nor did they practice a religion whose history and embedded ideology lends itself to periodic waves of triumphalism, a virulent form of which is currently in a still-ascendant phase.

But let us say that amongst the carefully culled 25,000 Syrians we can trust our government to triage in six weeks with no human error (straining credulity, but for the sake of argument), not a single jihadi arrives on our shores. Does that mean all 25,000 will be anti-jihadist? Of course not. Syrians will bring a variety of political dispositions with them. According to a recent poll by the Arab Centre for Research and Public Policy Studies (Doha, Qatar), 31% of Syrian refugees do not wish to see ISIS defeated. That’s an uncomfortably high number of people who may very well hold other insalubrious views that are incompatible with democratic principles and Canadian values. Indeed, the same poll indicates that 22% of pollees thought Israel was the greatest threat to their security and 19 % felt it was the U.S. How well can we expect people who are so misinformed and who sympathize with ISIS to integrate into our culture? It is hardly scare-mongering to wonder, and to feel uneasy about the enhanced possibility that sympathy might turn to active support, either financial or worse.

The best thing we can do for Syrians who wish to avoid the ravages of war is to ensure that they are safe and cared for in clean, dignified circumstances. Perhaps the Saudis, instead of sending money for mosques in Europe, could donate some of the splendid tents they use to house masses of the faithful on their Hajj pilgrimage to their Muslim brethren in Syria. Perhaps we could try shaming them into it, instead of simply accepting their refusal.  And perhaps we could stop wringing our hands long enough to ponder the irony in our Christian-inspired guilt that we are not taking in enough refugees to our cold and unfamiliar land, while Saudis and other Muslim countries look upon the misery of their linguistically and culturally similar neighbours and sigh over the mysterious ways of Allah.