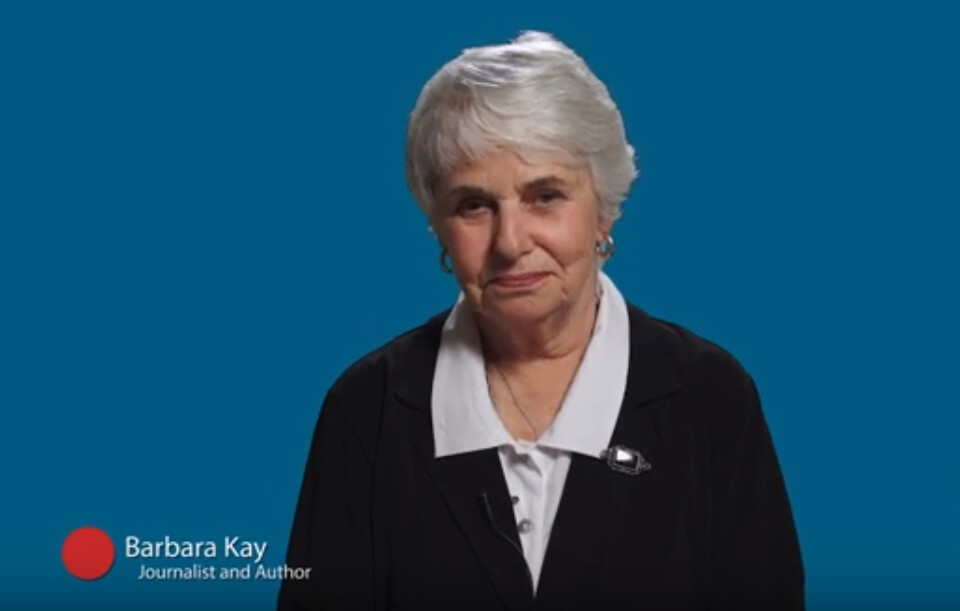 The above video is part of a series created by The North Wire.

Feminist doctrine tells us that differences between men and women can be explained by “social construction.” If only one could raise girls in an environment entirely free of gender-biased attitudes, feminists tell us, women and men would exhibit similar behaviours. But alas, they say, no such controlled experiment can be performed.

They are wrong. Exactly such an experiment was carried out, and documented in the 1970s. But feminists were not happy with the results, and the research did not receive the attention it deserved.

In 1975 Lionel Tiger, a Rutgers University professor of anthropology, and Joseph Shepher, an Israeli sociologist, published Women in the Kibbutz, an overview of three generations of women in Israel’s network of kibbutzim–or communal farms. They drew on data from 34,000 men and women, representing about two-thirds of Israel’s entire kibbutz population, and from extensive interviews with women from four different kibbutzim, ranging from newly-formed to long-established.

Israel’s first kibbutz was founded in 1910. Kibbutzim represent the only manifestation in history of voluntarily applied communism as a successful and sustainable socio-economic project, which flourishes to this day under direct democracy without coercion of any kind.

How this revolutionary experiment would affect the role of women was of special interest to observers. Would women finally achieve true equality with men, one of the movement’s fundamental aims? Both the men and the women who committed themselves to secular kibbutz life were imbued with ideological purity. They burned with the desire to erase their former identities under capitalism and the religious patriarchy of European Jewish life.

The traditional, time-consuming burdens that hampered women’s self-realization–shopping, cooking, laundry, and child care–were collectivized on the kibbutzim. There were no gender “wage gaps,” since there were no “wages.” Whether single, married, pregnant, with one child or many, no woman was dependent on a man for any of her economic needs, productivity, or status in the kibbutz. Complete sexual freedom post-puberty was the norm for both girls and boys.

Most radically, children lived–slept, ate, played, learned–from the age of four weeks through adolescence in Children’s Houses, spending no more than a few hours a day with their parents. Boys and girls dressed alike, had their hair cut similarly, and played with gender-neutral toys. They slept in the same dormitories until puberty. They even showered together.

Girls therefore grew up free of gender stereotyping, and free, like men, to devote the same amount of time and energy to political life–that is, to committee activity–without worrying about the quality of care for their children or a “second shift” at home. Kibbutz women had been handed the keys to the equality kingdom. What would they do with them?

By 1970 the kibbutzim succeeded in maintaining property collectivization, health care, and education. But, Tiger and Shepher found, “they failed to create the sociosexual conditions they had hoped for.” Instead of more similarity, the researchers found “a strong, general, and cumulative tendency of women and men to become less, rather than more, similar in what they do and evidently want to do.”

In the pioneer days, kibbutz women had to perform traditional male roles of hard field labour and perimeter security, and did so willingly, wearing khaki shorts and no makeup. The second generation of women, now with some leisure, softened their appearance, and began wearing more feminine clothes. They also began choosing traditionally female occupations–child care, food preparation, education, and nursing, leaving field labour, construction, and security to the men. In the third generation, under pressure from a majority of the women, the Children’s Houses were abandoned, and nuclear-family housing became the rule. This was considered a significant betrayal of Marxist principles, creating much more domestic work for women, but they told the researchers they didn’t care; they wanted their children with them.

The authors summarize their findings: “[The women] have acted against the principles of their socialization and ideology, against the wishes of the men in their communities, against the economic interest of the kibbutzim, in order to be able to devote more time and energy to private maternal activities than to economic and political public ones. Obviously these women have minds of their own; despite obstacles, they have been trying to accomplish what women elsewhere have been periodically urged to reject by critics of traditional female roles.”

Women in the Kibbutz was bona fide research, and should therefore have been valued by sociologists for its unique contribution to the literature on sex differences. But you will not find this fascinating and informative book on the curricula of gender studies programs in most universities, where doctrine, not intellectual diversity, is the rule.

Barbara Kay has been a weekly columnist for the National Post since 2003 and also writes for other publications including thepostmillennial.com, Canadian Jewish News, Quillette, and The Dorchester Review. She is the author of three books.