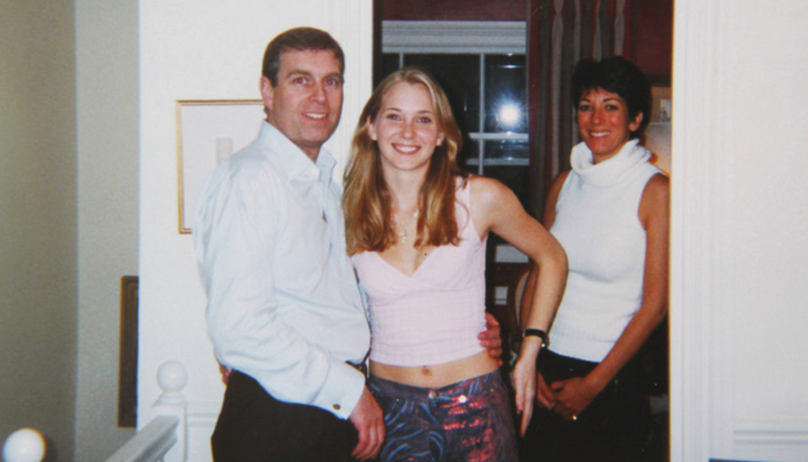 Why is Prince Andrew the only one being held accountable?

“All I am saying is that the price he is paying — a royal castaway, shunned for the sake of The Firm’s continued good health, and relegated to a social Devil’s island — is very, very high, much higher than would have been the case for an ordinary man.”

It was with a pang that I was informed by People.com that “Queen Elizabeth strips Prince Andrew of [his eight] military titles and patronages amid sexual assault lawsuit,” as the headline read. A day after a judge rejected Prince Andrew’s attempt to have a civil lawsuit quashed, alleging sexual misconduct against him in 2001 by one of Jeffrey Epstein’s victims, Virginia Giuffre, the axe fell.

Thursday, the royal palace announced, “With the Queen’s approval and agreement, The Duke of York’s military affiliations and royal patronages have been returned to the Queen.” Although still nominally a prince, Andrew will no longer have the right to be addressed as His Royal Highness (HRH). No more public duties for the dozens of charities for whom he has been a patron. “The Duke of York is defending this case,” the statement informed us, “as a private citizen.”

Why do I shudder slightly at those words, “private citizen,” and greet the news in general with a “pang,” though? Prince Andrew is nothing to me personally. He got himself into a very tawdry mess through his own appallingly bad judgment. The allegations surfaced in 2019, so this was no surprise. And it is not the first occasion in which bad judgment and a sense of entitlement has led “Randy Andy” into temptation of one kind or another, and thence onward to, at best, unethical behaviour, and at worst — oh dear, oh dear.

Let us not, though, count the ways that make this ultimate disgrace a deserved punishment for Andrew’s sins. Or rather, let other commentators — those who experience an uprush of joy or schadenfreude in their hearts when white males of extreme privilege are brought low, instead of a pang — do that.

When I unpack my pang a bit, what comes to mind is I know this had to be done; I know he deserved it; I know he is a wastrel. But oh, the mortification! And not for love, like Harry’s for Meghan or his great-uncle, Edward VIII’s for Wallis. At least they got to ride off to the colonies believing at the time they made the decision, anyway, their lives as royals were well lost for the glittering prize that had chosen them.

Even though he was of weak character — a suspected Nazi sympathizer, amongst other cases of bad judgment — Edward, Duke of Windsor was still a duke in exile. He was given royal sinecures to keep him busy. He was still a social asset outside Britain. Harry isn’t technically a Royal; he gave up his title voluntarily, but he’s good enough for Hollywood. So he has all the perks of royalty — money-making sinecures, constant attention, lots of social adulation — and none of the tedium. And when he comes home to visit, he still gets to mingle with the family. He has disappointed his family by quitting The Firm, and embarrassed them by foolishly airing private laundry, but he has not brought shame on the House of Windsor. He was not cast out. He left.

But for Andrew it’s the opposite. He cannot leave, but he has been “effectively banished.” There is no corner of the English-speaking world in which he can relax and just be himself. Himself? What would “himself” look like, stripped of what has defined him as a human being for all his 61 years? A turtle without a shell to retreat into. And no natural habitat. His gorgeous military uniforms will hang lifeless in his closets. Forever. I am trying to imagine what a future social life might look like. But I can’t.

Of course, there’s the saving grace of ex-wife Fergie to keep him company. Nobody is less likely to be judgmental, or more likely to empathize with the results of bad judgment in a buddy than Sarah Ferguson. I suspect she will eventually be remembered for her loyalty to Andrew in exile. He will have company watching Netflix. (Do you remember the scene in The Crown where the Duke — played by the wonderful actor Michael Kitchen — and Duchess of Windsor are watching Elizabeth’s televised coronation from their home in France? Oh, the suffering etched on Kitchen’s face.)

Andrew is often referred to as his mother’s favourite child, and that is how he was portrayed in The Crown as a boy on the cusp of manhood. He was buoyant, confident and ready for adventures of all kinds, military (at which he excelled) and prankish — even then, a bit of a wild card, but endearing to his mother on that account. In Philip’s general mold, but without Philip’s maturity, intellect and sense of duty.

But back to my pang. Consider: Stupid as he was, the woman accusing him of being party to her sex trafficking was 17 at the time of the alleged encounter. The age of consent in the U.K. as well as in 32 U.S. states is 16. A lot of other rich and famous men palled around with Epstein and made use of his private plane and visited his island home(s). How come their names didn’t come up in Maxwell’s trial? So maybe my pang has something to do with the murkiness surrounding the alleged encounter, and the fact that Andrew seems to have been cut from the herd to keep all eyes on him and all eyes off the American guys.

The only other man Giuffre publicly charged with sexual assault was celebrated lawyer Alan Dershowitz in 2019, who had defended Epstein in his 2005 sex-trafficking charges. Dershowitz immediately counter-attacked Giuffre in his typical take-no-prisoners style, and that turned into a nightmare of a legal circus that is apparently still unresolved. I imagine Giuffre took a lesson from her challenge to a lion. Next to Dershowitz, Andrew must look a lot like a sacrificial lamb.

Andrew is what he is, and I am not making the case he shouldn’t have paid an appropriate price for his bad behaviour — bad whether he slept with Giuffre or didn’t. All I am saying is that the price he is paying — a royal castaway, shunned for the sake of The Firm’s continued good health, and relegated to a social Devil’s island — is very, very high, much higher than would have been the case for an ordinary man. There is no court of appeal for this lifetime sentence.

Barbara Kay is a senior columnist for the Western Standard.
kbarb@westernstandardonline.com
Twitter: @BarbaraRKay