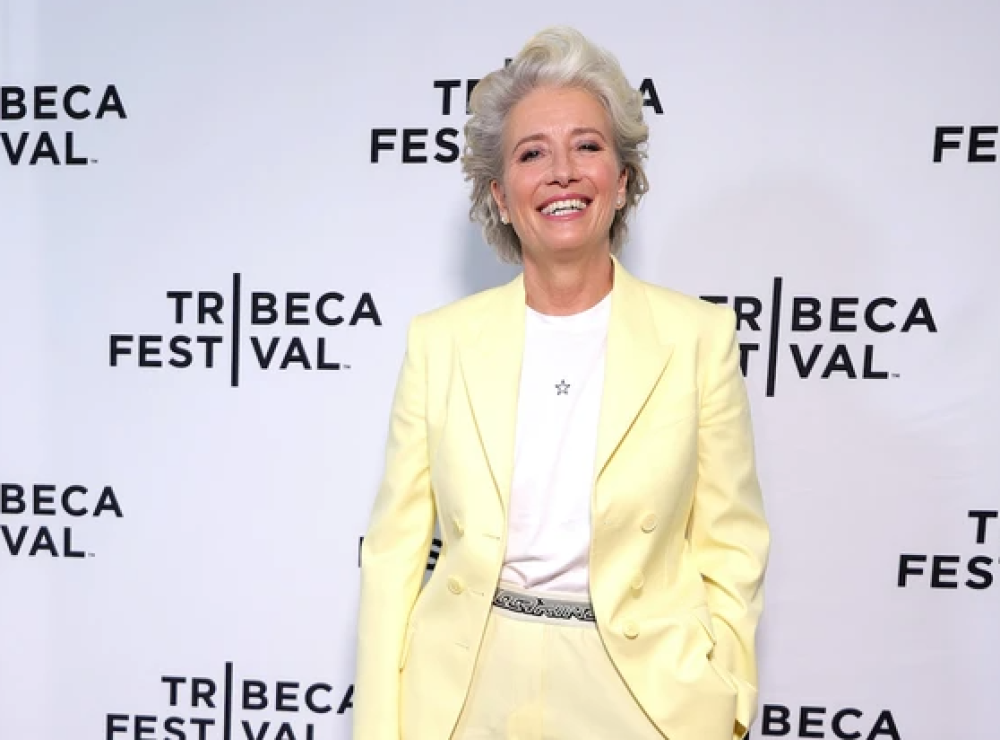 It’s entertaining, a near-perfect comic gem. But the subliminal wokeness at its core nagged me into writing this commentary. Spoiler warning!

The woman, “Nancy Stokes,” (a pseudonym) is played by the incomparable Emma Thompson. Nancy is a widowed, retired teacher who has never known sexual pleasure. Intimations of mortality finally vanquish lifelong inhibition. She hires sex worker Leo Grande (actor Daryl McCormack) to tick off the boxes on her (literal) sexual bucket list.

The film is a virtual “two-hander,” play-like in its almost-entire confinement to the intimacy of a modest hotel suite. The action evolves through four rendez-vous. Although Nancy is formally well-educated, she is ignorant as a babe in these particular woods. And although Leo is young and conventionally untutored, he is a master of the hotel-room demesne. The classic odd couple.

Which could have been played for cheap laughs, but isn’t. The humour arises organically from the protagonists’ self-awareness. No matter how flustered Nancy is by her leap into deep water from the shallow but safe end of life’s pool, compounded by the anguishing contrast between her own sagging body parts and Leo’s Apollonian perfection, Leo’s consistent affirmation safeguards her dignity.

Spoiler #1: Nancy does eventually achieve her longed-for orgasm. But except for about 15 seconds of flash-by snippets wherein the two enjoy unbridled sex in various positions, their time together is spent mainly in dialogue.

The talks take their starting point from Nancy’s problem, but — being a woman, and needy of extra-sexual human context — Nancy continually tries to force Leo out of his comfort zone in the shallow end of the conversational pool into the deeper waters of personal disclosure. He reluctantly offers a few tidbits, then balks. Thus, we are privy to Nancy’s forthrightly confided life deficits: a joyless marriage bed, two disappointing children (her son “bores” her), an unsatisfying teaching career. But over Leo’s troubled family relationships, and what would be off-putting aspects of Leo’s sex-work history, a veil is drawn.

That the typical client-sex worker paradigm has been reversed adds novelty to the odd couple’s verbal joust but, alas, does not bring forth a thoughtful exploration of the generational divide on the ethics of transactional sex that Nancy and Leo represent. Nancy is morally conflicted about her adventure, but her creator, Ms Brand, is not. The polemical fix on transactional sex is in from the minute Leo walks through the door. His comfort in his beautiful skin personifies the writer’s view, nowadays conventional, that, with traditional sexual mores over and done, and optimal sexual gratification, however obtained, a primordial human right, there is nothing to debate. Nancy’s conflict is handled as (obviously!) superannuated, only useful as a comic foil to Leo’s self-assurance.

So here is Leo — sexually sated, but mateless, childless, estranged from his nuclear family, with his future uncertain — who positively exudes contentment. And here is Nancy, superficially a pillar of society, but an angst-filled beehive of regrets.

It’s no coincidence that Nancy was a teacher of Moral Education, or that there’s nothing in Nancy’s life — not even her children — that has provided fulfillment. By implication, the writer makes clear, sex untethered from morality is not only a human right, it turns one’s whole being toward the light of a previously shrouded sun, while sexual morality is here associated with lifelong, comprehensive anhedonia.

This rigidly binary worldview is amplified in an otherwise unnecessary penultimate scene — spoiler alert #2! — the only one that takes place beyond the bedroom.

Nancy (her real name is Susan Robinson: homage to the 1967 film, The Graduate?) is in the hotel coffee shop waiting for Leo. She is recognized by her server, a former student, who gives Nancy/Susan a tongue-lashing over “Mrs Robinson” having called her a “slut” back in the day. Nancy/Susan is naturally, in her present circumstances, mortified by this gaffe’s reminder of her former judgmentalism.

Susan’s apology to the girl is natural. What isn’t natural — and what jars in its superfluity to the moment — is, after a brief inner struggle, Susan’s follow-on bold announcement to the girl that her guest is a sex worker, who will shortly accompany her to her hotel room to provide her with hot sex.

Funny in the moment, but — for me anyway — attended by a Maoist whiff of those Twitter apologies for woke-transgressive expressions of WrongThink, where “sorry” is never enough. It wasn’t enough for Susan privately to overcome her retrograde shame in transgressing mummified morals. She must bruit to the world her pride in their replacement ideal, sexual libertarianism.

The prosecutor to whom she makes this confession of false consciousness — this young, coffee-pouring nobody — is free to denounce her old teacher, while the server’s own “correct” promiscuity is beyond judgment. To cap it off, Saint Leo smiles his benediction upon Susan’s conversion. The dumbstruck server gazes at them in awe as they exit, heads high. Comrade Susan’s re-education is now complete.